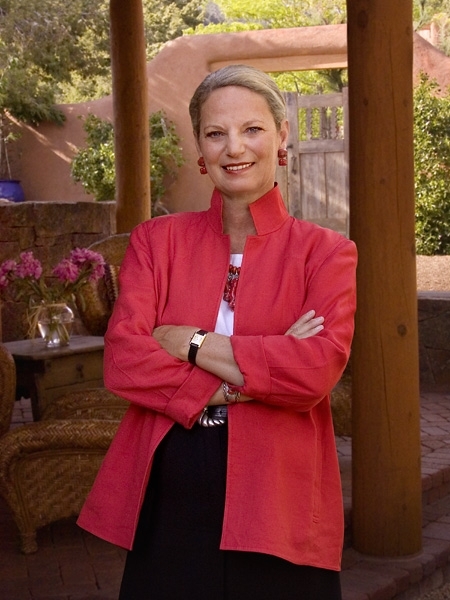 JEMEZ SPRINGS – Catherine Allen was officially appointed as the newest member of the Valles Caldera Trust, Board of Trustees Thursday.

She is the fifth trustee appointed by President Barack Obama and joins Kent Salazar and Karyn Stockdale, who were also appointed by the Obama administration.

“The Valles Caldera is a national treasure and must be respected as such,” said Allen, who served on President Obama’s Economic Development and Small Business Committee during the
first Administration. “I am honored and excited to become a part of the effort to ensure the preserve’s well-being for generations to come.”

By statute each board of trustee position is assigned with a specific expertise needed to guide the management of the Valles Caldera National Preserve (preserve.)

Allen assumes the board position which requires a trustee active and experienced in financial management. She succeeds Ed Tinsley whose board position remained vacant since his term expired in January 2011.

“I am impressed with what has been accomplished in such a relatively short period of time with limited resources,” adds Allen, who recently toured the preserve. “I see so much potential to
enhance the Valles Caldera experience for all who visit the preserve.”

Allen is Chairman and CEO of the New Mexico based Santa Fe Group which provides strategic consulting to executives and boards at financial institutions and other critical infrastructure companies.

Earlier in her career Allen held a number of executive positions with Citicorp and was director of corporate planning for Dun and Bradstreet. She currently serves on three corporate boards and has experience in board governance, compensation and energy and natural resources.

In addition to a broad business and finance background Allen brings extensive nonprofit board experience to the Trust by virtue of her service as a member on the LANL Foundation, Museum of New Mexico Foundation, Lensic Center for Performing Arts, Appleseed NM, National Foundation for Credit Counseling, University of Missouri Development and R&D Committees and the Mark Twain Research Foundation boards.

“Catherine will provide the financial expertise that has become even more critical during these difficult economic times,” said Kent Salazar, Chairman of the Valles Caldera Board of Trustees. “She will help us develop business strategies to grow the resources necessary to support the experiment in public lands management. I am honored to welcome Cathy to our team.”

Allen will attend her first board of trustees meeting in the spring. Her appointment will run through February 2015 and leaves four vacancies on the board.

The 88,900 acre property is located in the Jemez Mountains in northern New Mexico. It was purchased by the federal government in 2000 under the Valles Caldera National Preservation Act.

The property is known for its huge meadows, abundant wildlife, meandering streams and remarkable scenery.

More information about the preserve can be found at www.vallescaldera.gov.