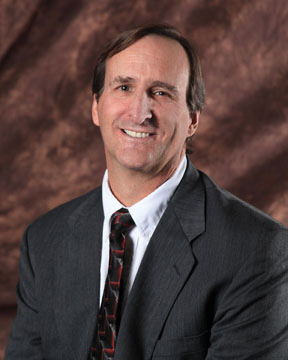 The Board of Public Utilities unanimously agreed to bring its Fiscal Year 2018 proposed budget to County Council for approval.

The DPU Board approved the budget during its regular meeting March 15 in Council Chambers. The proposed budget will be presented to the Council during the County budget hearings April 17-18 and April 24-25.

The utilities budget provides for $72,375,881 in total expenditures.
If Council approves the budget, DPU Deputy Manager Bob Westervelt said utility customers may see changes in their rates during an interview with the Los Alamos Daily Post. The rate changes will need to go through their own, separate approval process with the utilities board  and County Council. He reported there is a proposed 10 percent reduction in gas and an 8 percent increase in wastewater as well as an 8 percent increase in water rates.

He added that the DPU will also recommend an overall revenue neutral restructuring of the electric rate during the coming fiscal year.

He pointed out despite the proposed increased rates, overall the total cost of utilities rates remain affordable for Los Alamos residents.  “The total utility bill is affordable based on the median Los Alamos home income,” Westervelt said.

During his presentation at the board meeting, Westervelt also discussed 10-year projections for utilities expenditures and rates. He said the department has done such projections for the other funds for years, but that this was the first year DPU had done a 10-year projection for the electric production fund, and getting an accurate forecast for fund balances in electric production in the out years proved to be problematic.

Westervelt explained to the Daily Post the electric rate fund cost projections need to be regularly updated due to the electric usage at Los Alamos National Laboratory, which carries 80 percent of the load. “We get updates from the laboratory regularly and we have to incorporate them into our planning,” Westervelt said.

The projections are not part of the Fiscal Year 2018 budget, but are provided as additional information to assist the Board in evaluation of the budget proposal.

In order to have accurate information, he said, it’s “just a matter of keeping on top of it … it’s just something we need to keep on top of; it is the nature of the business.”

During the meeting, Vice Chair Stephen McLin said 10-year projections are an “excellent way to anticipate cost … I think they are extremely valuable. Hopefully they are close to reality; hopefully we can see improvements in the future. I want to encourage you to try and make those improvements.”

Susan O’Leary, who is the County Council liaison to the board of public utilities, agreed that the projections are important.

O’Leary said she personally felt it was good to have a 10-year forecast and encouraged DPU to “stick with it.” Chair Jeff Johnson echoed this. He said he felt the forecasts “are imperative. You need these forecasts to fulfill obligations on the financial policy.”

Westervelt told the Daily Post making such projections is a good business practice.

“It’s just good business to have a forward looking business plan which includes the budget.”  He added it has to be updated every year because things change “but it would be foolish not to look forward to see what is on the horizon,” he said.