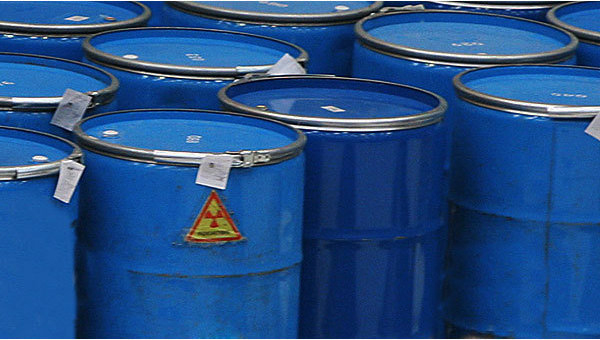 “The HEU Purchase Agreement has reached yet another important milestone on the path towards blending down and eliminating 500 metric tons of Russian weapons HEU. The HEU Program has been one of the most successful nonproliferation and material disposition programs in U.S. history and is a success we share with our Russian partners,” said NNSA Deputy Administrator for Defense Nuclear Nonproliferation Anne Harrington. “The President’s nonproliferation goals have been advanced by the hard work and dedication of both U.S. and Russian personnel under the landmark 1993 agreement.”

Under the agreement, Russia converts HEU from dismantled nuclear weapons into LEU. The resulting LEU is delivered to the U.S., fabricated into nuclear fuel and used in nuclear power plants to generate nearly 10 percent of all electricity produced in the U.S. each year. Nearly half of all commercial nuclear energy produced in the U.S. comes from nuclear fuel derived from Russian nuclear weapons.

Since 1995, the HEU Transparency Program has conducted 359 monitoring visits to Russian HEU processing facilities, and since 2000, U.S. experts have monitored the elimination of 30 metric tons of Russian HEU each year—roughly equivalent to about 1,200 nuclear weapons per year. By the end of 2013, NNSA will conclude transparency monitoring of HEU-LEU conversion activities in Russian nuclear facilities after having monitored the elimination of 500 MT of HEU—roughly equivalent to 20,000 nuclear weapons.

The Russian Federation also conducts reciprocal monitoring activities at U.S. facilities to confirm the exclusively peaceful use of all LEU delivered under the agreement.

The United States Enrichment Corporation and Techsnabexport, the executive agents for the 1993 agreement, manage the commercial aspects and logistics of the uranium shipments and transfers.