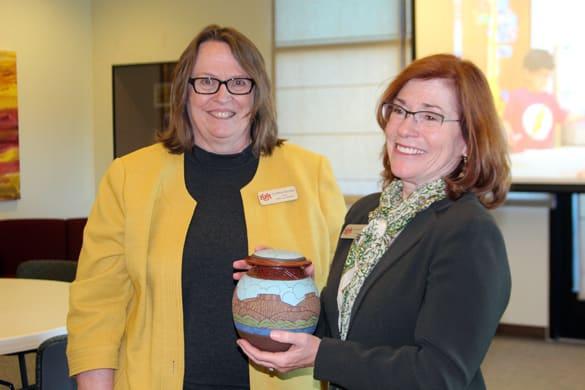 President of the University of New Mexico Dr. Garnett S. Stokes spent today visiting Los Alamos. She met with officials at Los Alamos National Laboratory, toured the town and talked with staff, students and faculty at UNM-LA. UNM-LA held a community reception for Stokes this evening on campus.

Stokes, 61, succeeded Interim President Chaouki Abdallah, who served in the role since the beginning of 2017. Stokes took office March 1.

Stokes kicked off her statewide tour in Los Alamos. “I’ll be back,” she promised. “Los Alamos is fabulous.”

The purpose of the tour, which will include all the UNM branch campuses and every county in the state, is to “listen and learn,” Stokes said.

The new president has already earmarked three priorities for the university:

Stokes said she first visited New Mexico years ago, inspired by the novels of Tony Hillerman. She’s happy to be back, she said.

“I wanted to come here and I intend to stay,” Stokes said.

Stokes served as provost and executive vice chancellor for academic affairs at the University of Missouri (Mizzou) since February 2015, and was the Interim Chancellor there May through August 2017.

Stokes is a first-generation college graduate.

“I didn’t really plan to go to college,” she said. “I thought college was for snobs.”

Stokes started her academic career at a community college, not sure if she would continue, she said. Not only did she stay in school, she went on to earn a B.A. in psychology from Carson-Newman College in Jefferson City, Tenn., and M.S. and Ph.D. degrees from the University of Georgia in industrial/organizational psychology.

“Im confident I can take anything this job can throw at me,” Stokes said. 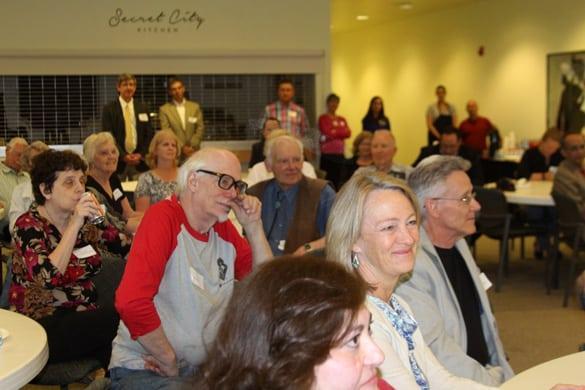