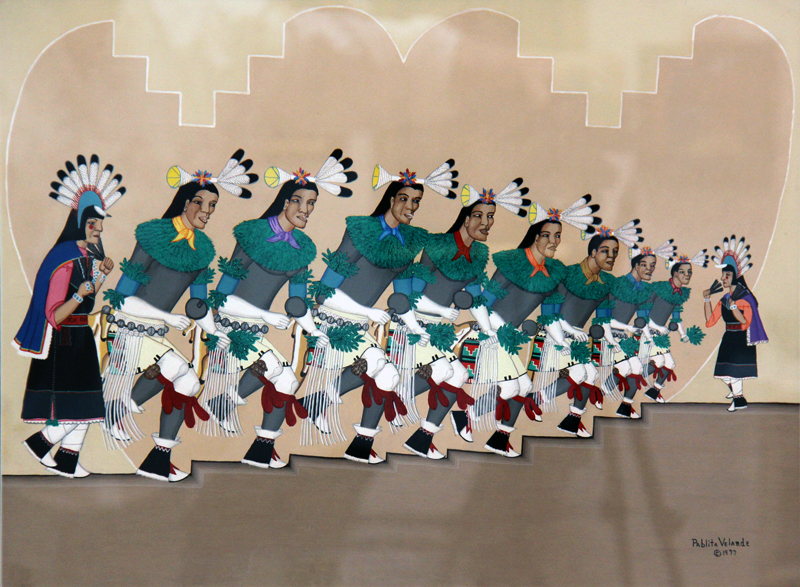 For students in American Studies 252, “The Native American Experience,” the emphasis really was on experience. The class included four all-day field trips as well as film, Internet and printed materials, and classroom discussion.

“Our first field trip was to the Tewa Basin pueblos and was led by Porter Swentzel from Santa Clara Pueblo,” Instructor Carol Noones said. 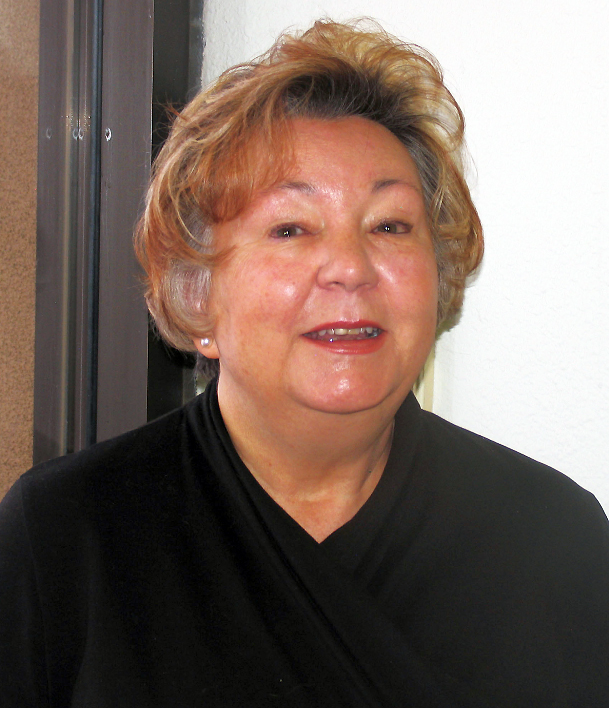 The group visited Santa Clara Pueblo, then San Ildefonso Pueblo where they observed a dance. The group also visited the Poeh Museum and the Tower Gallery to see sculptures by Roxanne Swentzel. To end the day, the students toured an ancient pueblo at Ojo Caliente.

“The students begged me for more field trips, so you know how much they enjoyed it,” Noones said.

Noones has a master’s degree in English and a passion for Southwest Studies.

Noones started by taking Southwest Studies classes and researching on her own. When her instructor Elizabeth Fiorintino retired, she recommended that Noones take her place.

Teaching allows Noones to combine her passion for the Southwest with her joy of sharing it with others, she said.

“Living here is a wonderful opportunity,” Noones said. “Students get to experience the Native American culture much more directly than they would otherwise. The Native American story is a traumatic one. I try to balance it out with a positive experience before students leave each class. Films help me to accomplish that, so I show films that emphasize survival and success, especially those of local artists like Roxanne Swentzel, Lonny Vigil and Beverly Singer.”

Of course Native American Studies includes more than just the Southwest. Noones was fortunate to find an excellent textbook for the class, “First Peoples, A Documentary Survey of American Indian History, by Colin Calloway. In addition to the narrative, the book includes timelines, relevant maps, reprints of primary documents and picture essays, Noones said.

“Most importantly, the textbook emphasizes the differing perspectives on the past, reminding us that while ‘the victor gets to write the history,’ there are other points of view amongst the victors as well as the victims,” Noones said.

Noones encourages her students to do online research for small research projects, rather than having them write a lot of papers.

Other field trips included a visit to the Museum of Indian Arts and Culture in Santa Fe and a trip to the Pablita Verlarde Museum, Blue Rain Gallery, Golden Dawn Gallery and the Zuni fetish shop, Keshi. 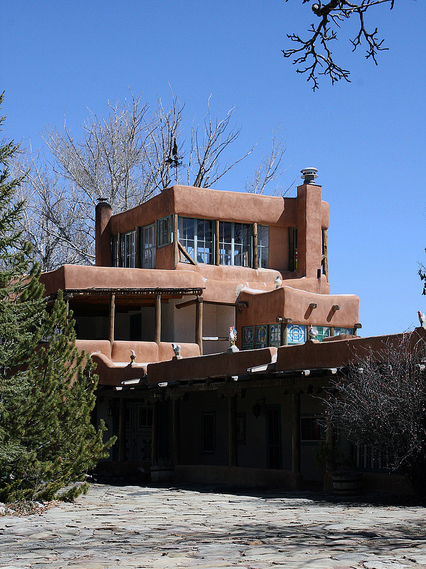 The final field trip was a visit to Taos, where students toured the Mabel Dodge Stern Luhan House. Although not a Native American, Lujan was a tireless fighter for Native American rights in the early 1900s.

The class next visited the Millicent Rogers Museum to view Maria Martinez pottery, Native and Spanish weavings, Spanish carvings, and a collection of Southwest style jewelry as well as Rogers’s own designs.

The class included a mix of students, ranging from older students to young adults. They evolved into a cohesive group, she said.

“Community is very important to Native Americans,” Noones said. “I try to establish a sense of community in the class.”

Noones will be teaching Native American Film as a Community Education class in the Spring Semester. This is a three-week class.

In fall 2013, Noones will be teaching Introduction to Southwest Studies. This class will take an interdisciplinary approach to the study of the peoples and places of the American Southwest.