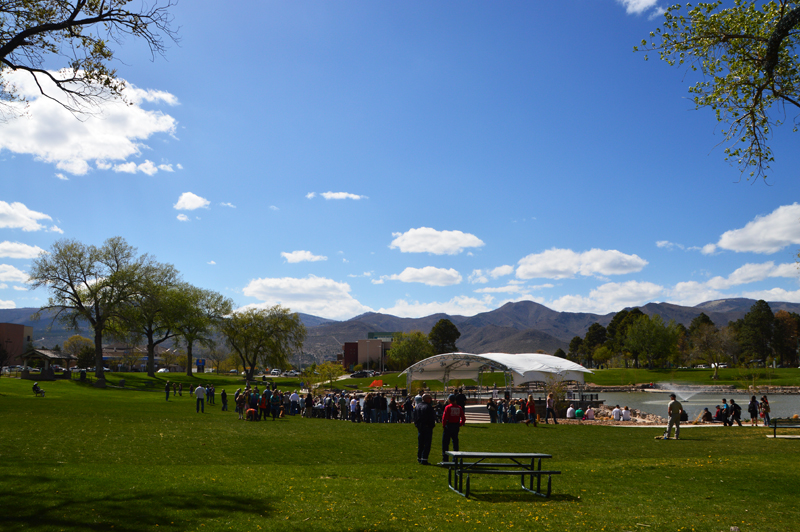 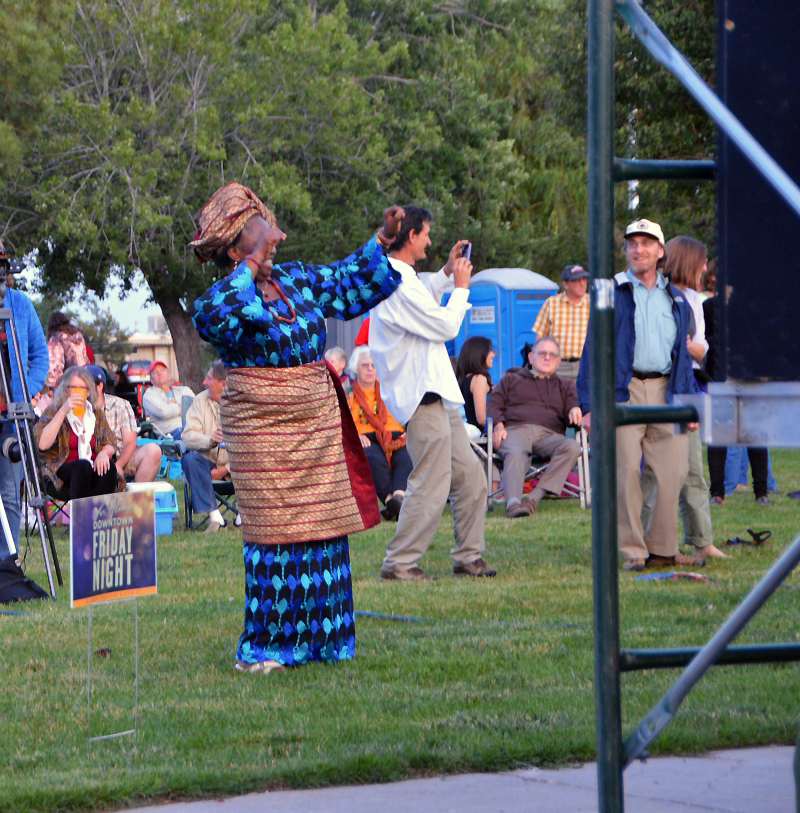 UNM-LA Advisory Board candidates field questions from the audience Wednesday at Fuller Lodge. Photo by Carol A. Clark/ladailypost.com

Current UNM-LA Board member Stephen Boerigter is the sole candidate for Position 4. There are three candidates for Position 3 including Los Alamos Fire Chief Troy Hughes, Michael D. DiRosa and James Nealy Robinson. The positions are by district and all registered voters can vote for both positions. There was some discussion of changing the positions to at large, as with the County Council since no real purpose seems to be served by the district arrangement.

Since Boerigter is unopposed, he did not field questions. Instead he made a brief statement about his pleasure in serving on the board and his feeling that the current board has brought focus to the school’s mission.

DiRosa is in the chemistry division at Los Alamos National Laboratory. DiRosa said he sees UNM-LA as an unnoticed jewel in the community.

“One of the values of UNM-LA is the broad swath of students that attend. They learn from each other. Through the dual credit program, high school students can learn what college is all about,” he said.

Referring to the recent failed mil levy, DiRosa said UNM-LA needs better advocacy and better integration into the community, an effort in which he wants to play a part. He also said he would like to see the Board play a larger role in lobbying for the school at the New Mexico Legislature. DiRosa said he is interested in exploring forming partnerships with other entities to address space and equipment expense problems at the campus. He also suggested a fundraising campaign for repairs and improvements.

Hughes stressed his feeling that going to a part-time dean is “the wrong direction.”

“We need someone who is connected to the community and can give the college the attention it deserves,” Hughes said.

Hughes served on the committee that supported the recent mil levy, which failed by a small margin. The UNM Regents insisted on a 3 mil levy when a lower amount might have been a better strategy, he said.

“There was a lot of energy in the group and we need to harness that energy and get the word out about UNM-LA every day,” Hughes said. “Changing the image [of the college] is a huge hurdle. Those involved with UNM-LA know what a great school it is. We need to show that to everyone.”

Robinson received an AA degree from UNM-LA before attending the Anderson School of Business at UNM where he received a bachelor’s degree. He was a student leader at UNM-LA, including serving as president of Phi Theta Kappa and a member of student government.

“I’d like to see UNM-LA as a focal part of the community,” Robinson said. “UNM-LA has the same classes as UNM but much smaller and at less cost. UNM-LA has a great faculty.”

Robinson believes everyone should consider starting at a community college.

“It has been shown that if you get an AA first, you have a much greater chance of getting your BA,” he said.

Robinson suggests building up the Small Business Center at UNM-LA and involving business students. He also stressed partnerships with LANL. He said the word needs to get out that there is scholarship money available for returning and nontraditional students.

“UNM-LA is a place to get started without commuting to Albuquerque,” he said.

All of the candidates said that the college should consider offering some form of daycare for student parents. Each candidate also stressed that greater marketing efforts need to be made around the state as well as in Los Alamos.