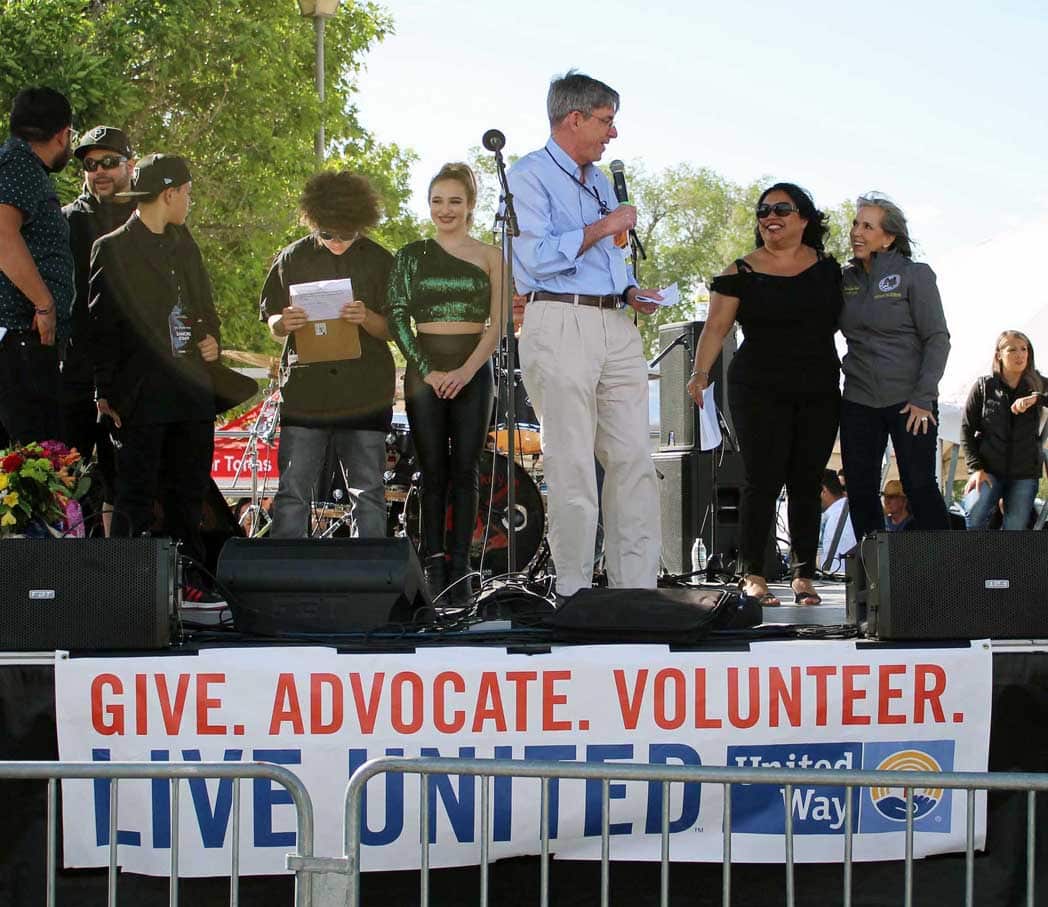 LANL Deputy Director John Sarrao serves on the UWNNM Board of Trustees and in his role as the official Triad National Security representative, introduces special guest Gov. Michelle Lujan Grisham, right, to the crowd gathered Sunday for the non-profit expo & music festival UNITE! held in the plaza in Española. Photo by Jenn Bartram/ladailypost.com 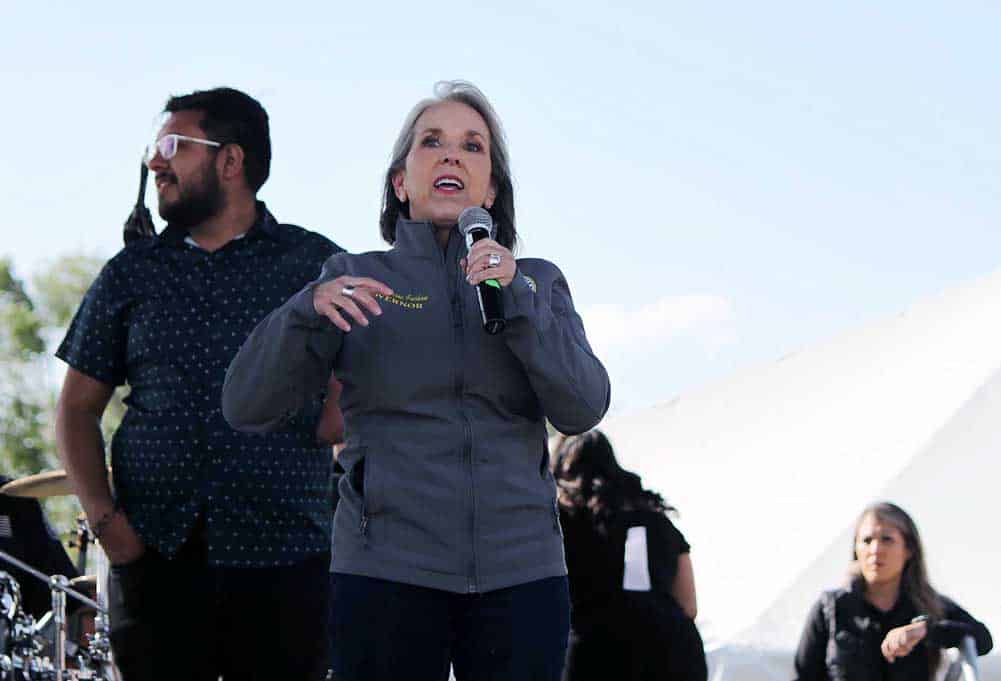 Los Alamos National Laboratory Deputy Director John Sarrao serves on the UWNNM Board of Trustees. In his role as the official Triad National Security representative at Sunday’s event, Sarrao spoke to the crowd gathered at the event and following his presentation, introduced special guest Gov. Michelle Lujan Grisham who also spoke to the crowd.

“Triad is excited to participate in this event and provide support because of the importance of community, which is always true and especially as we’ve learned through the COVID-19 pandemic and recent wildfires,” Sarrao said.

This is the type of event consistent with Triad’s strategic objective of excellence in community relations, he said, adding that it also provides the opportunity for the community to engage with a large network of like-minded partners, both to access needed services, as appropriate, and to potentially volunteer to contribute and help with their missions.

“It is great that the governor could join us today and recognize a subset of those who are making an important difference in the community,” Sarrao said. “We thank everyone who came together to make this event a success.”

The governor thanked and celebrated the 2022 Change Maker Awards given to the unsung heroes in rural and frontier communities of Northern New Mexico.

“Sunday’s event is a beautiful example of what can be accomplished when a community pulls together,” UWNNM Board President Liddie Martinez said. “The UNITE! Expo exemplified the spirit of collaboration as United Way of Northern New Mexico could not have organized such a successful event without cooperation and assistance from county and city leadership, multijurisdictional fire and police personnel, regional nonprofit organizations and their volunteers and our Governor, Michelle Lujan Grisham, all focused on informing our community members of the support services available daily and in times of great need.”

“The United Way of Northern New Mexico would like to celebrate the producers of UNITE! – who made the event possible,” UWNNM Executive Director Monica Griego said. “The Española City Council and department officials provided incredible leadership on the planning of this event. Sancre Productions, whose CEO also is my husband of 25 years, brought incredible talent and concert execution to UNITE!, donating months of their time, expertise and hard work toward event direction and execution out of an abundance of love and respect for the hard working and proud people of Northern New Mexico and Española in particular.”

At the event were non-profit exhibitors displaying their programs and services and informing the public about how they have supported the victims of the Calf Canyon Fire and Cerro Pelado Fire. Also in attendance was FEMA mobile command caseworker assistance.

“We are so honored to have the support and collaboration with Gov. Michelle Lujan Grisham,” Griego said. “So many non-profit leaders and community members had an opportunity to meet with her at the event and attendance confirms that the work of the UNITE! coalition is recognized and supported by our highest levels of elected officials in the state. We are doing some incredible work.” 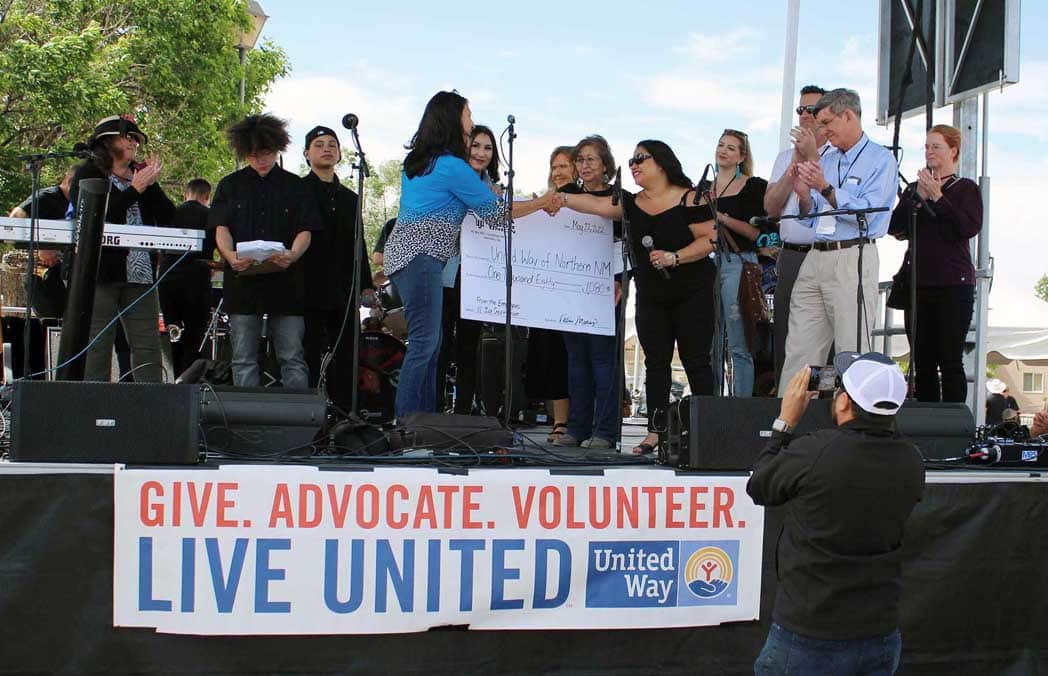 On behalf of Zia Credit Union Valerie Martinez presents a $1,080 donation to UWNNM at Sunday’s event. Photo by Jenn Bartram/ladailypost.com 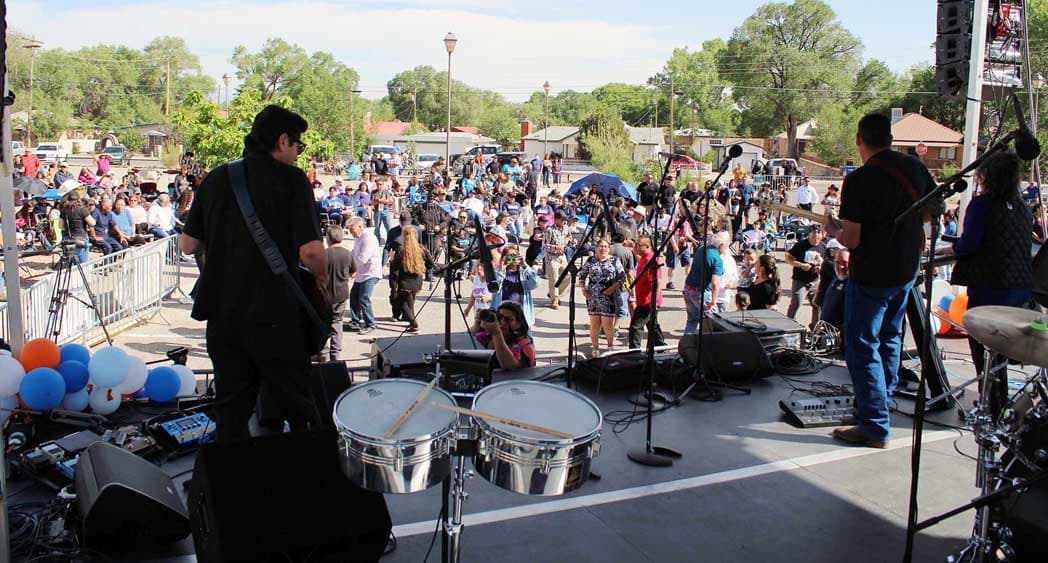 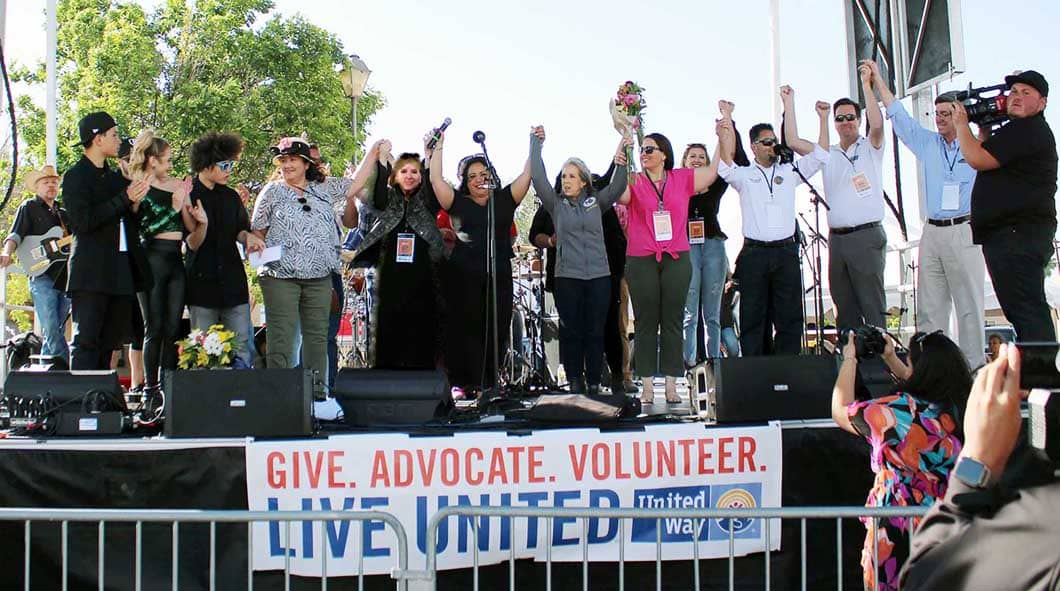 The UWNNM Board of Trustees, staff and others celebrate UNITE! Photo by Jenn Bartram/ladailypost.com