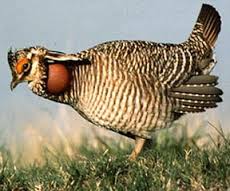 Udall has been a leading supporter for the groundbreaking, five-state effort to conserve the habitat of the lesser prairie-chicken, which was proposed for listing as a “threatened” species under the Endangered Species Act (ESA). The FWS endorsement is an important step toward protecting the species and minimizing the economic impacts of any listing under the law. The agency is expected to make a determination in March 2014 about whether to list the species.

“This is very good news for the many private citizens, companies and public land management agencies who have worked together for years to find a collaborative solution to protecting the lesser prairie-chicken habitat. New Mexico landowners and industry need certainty, and with the FWS endorsement today, we are nearing a positive final decision,” Udall said.

“Listing a species under the law should be based on the best available science and done only if other conservation methods fall short,” Udall said. “I’ve been a strong supporter of this cooperative approach, which I think will be successful for the lesser prairie-chicken, landowners and industry. And I believe it can serve as a model for how to work collaboratively to conserve habitat for other species.”

The RWP, which would increase protection for the lesser prairie-chicken, has received widespread bipartisan support from stakeholders in the five affected states: New Mexico, Colorado, Oklahoma, Texas and Kansas. According to the FWS, the plan is consistent with criteria proposed last May for conserving the species. Under the plan, landowners would receive financial incentives to voluntarily manage their lands to benefit the species. The RWP also includes a strategy to conserve the lesser prairie-chicken habitat throughout its range.

The Center of Excellence in Carlsbad has been successfully managing these agreements to ensure habitat for both the lesser prairie chicken and the sand dune lizard is maintained in almost 2 million acres throughout New Mexico. These agreements provide a safe harbor for those enrolled to continue previously agreed upon operations and conservation activities regardless of the outcome of any listing decision.