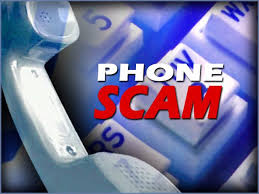 More than 130 New Mexico utility customers have been targeted so far. Some have lost of thousands of dollars in the telephone scams, in which callers threaten to disconnect electric service unless the customer sends money via prepaid card or online payment.

The scammers are using a practice known as caller ID “spoofing,” in which the telephone call appears to originate from the utility company. In one disturbing case, a customer was allegedly threatened to pay or face an “explosion.” Another customer was defrauded of $4,000.

“Given the nature and scale of this problem, I urge the Commission to use direct outreach methods to warn businesses and consumers about this fraud,” wrote Udall, who serves on the Appropriations Subcommittee on Financial Services and General Government, which oversees and funds the FTC.

Many of the victims have been customers of PNM Resources (PNM), the parent company of Public Service Company of New Mexico and the largest utility in the state. The utility has warned its customers through a variety of methods.

Udall said that the PNM customers who have been targeted so far include restaurant owners, who received calls during busy times.

“Taken by surprise, a manager or small business owner might make a quick payment to avoid losing power. One restaurant happened to have had a previous late utility payment and unfortunately was defrauded of $1,500 in the scam,” Udall wrote.

Udall, who previously served as New Mexico State Attorney General and as a federal prosecutor, has long worked to crack down on telemarketing scams and consumer fraud. He wrote that the scams could violate several federal laws designed to protect against telemarketing and consumer fraud and abuse. Moreover, he wrote, claiming to be a utility company representative and using caller ID “spoofing” to con people could violate the Truth in Caller ID Act.