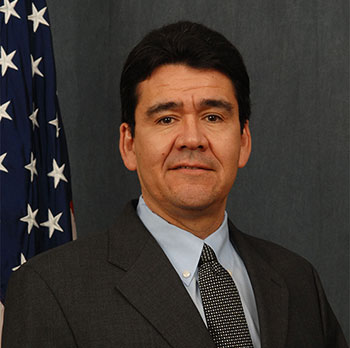 A Las Cruces native and NMSU graduate with degrees in engineering and law, Connor currently serves as Commissioner of the U.S. Bureau of Reclamation. He previously ran the Interior Secretary’s Indian Water Rights Office before moving to the U.S. Senate as counsel to the Energy and Natural Resources Committee under former Sen. Jeff Bingaman, D-N.M., who served as the committee’s chairman and ranking member.

The following are Udall’s remarks as delivered to the committee:

It’s an honor to speak after Senator Bingaman. I think that when Senator Bingaman expresses an opinion about an employee who worked for him for eight years, it’s very important to take that into consideration.

Mike Connor is somebody who has incredible integrity. He has the capacity to work across the aisle. You all on this committee have seen that when Chairman Bingaman was in place. It’s an important thing to have somebody like that, who understands the Hill, who understands how things work in Congress, to be in these administrative positions.

I would just say in his job at BOR, that Mike Connor has held, water is an absolutely critical issue for the nation and to the west, and he is focused like a laser beam on the issue.

Many of the issues we have in the West, as some of the Western senators know, revolve around disputes – tribal disputes, state and federal. And Mike Connor has been somebody who’s brought to the table the idea that you can resolve these disputes – you can implement settlements. And I’ve seen him in our home state of New Mexico, with Senator Bingaman, do that on a regular basis. We’ve had some very, very good tribal settlements, and they’ve mediated some very tough environmental disputes.

We all know, in terms of water, we’re going to have this overlay of climate. You look at the big basins in the West and there’s going to be less water. Mike is on top of that. He understands the issue, and I think he will work with us to find commonsense solutions. I couldn’t agree more with Senator Bingaman.

I compliment Secretary Jewell for her choice. I think he’s the ideal person to carry out the duties of deputy secretary of the Interior, and I would recommend him most highly.