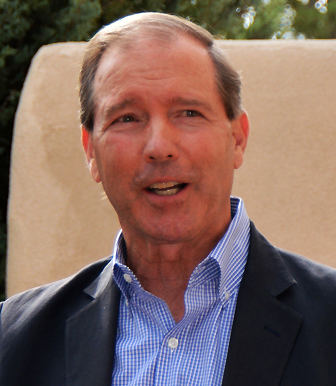 WASHINGTON, D.C. – Today, U.S. Sen. Tom Udall delivered a speech Friday on the Senate floor against a bill to mandate approval of the Keystone pipeline. Udall said that Congress should not intervene in approving a pipeline for a foreign corporation.

“We are being asked to do something that I believe is unprecedented,” he said in his remarks, “for Congress to step in and promote a bill for one private sector energy project, and to wave ahead a private pipeline for a private, foreign corporation, so that Canadian oil can be piped to Texas for export to other nations.”

Udall called on Congress to set priorities for developing a clean energy economy, with a broader energy policy that includes oil and gas, but also emphasizes renewable energy and new technology. “We are at a crossroads in our energy policy. We still can lead the world in clean energy production—with wind, solar, advanced biofuels—to reduce global warming pollution, to become energy independent, and create permanent American jobs.”

Udall’s remarks as prepared for delivery:

Climate change is one of the greatest challenges of this century. We have a profound choice. We can deny that our climate is warming. We can fall behind our economic competitors. We can ignore the danger to our planet and to our security. That’s one choice.

Or we can move forward, with a diversified energy portfolio that includes clean energy, with an energy policy that makes sense—that creates jobs, that protects the environment, and that will keep our nation strong.

There is a lot of work to be done. We can work together. We can find common ground to become energy independent, grow our economy, and fight climate change. But, instead, unfortunately, our focus today is on the Keystone XL Pipeline.

The new majority has not chosen to start with energy policy as a whole, or innovation and manufacturing policy, or our response to climate change. Instead we are debating—on the floor of the Senate—just one pipeline project that primarily benefits another nation.

First, we are being asked to do something that I believe is unprecedented, for Congress to step in and promote a bill for one private sector energy project, and to wave ahead a private pipeline for a private, foreign corporation, so that Canadian oil can be piped to Texas for export to other nations.

Again, how does this serve our nation? Jobs, we are told. Keystone will create jobs, and of course we are all for that. But, how many jobs? About 3,900 temporary construction jobs. And permanent jobs? Jobs that American families can count on for years to come? Maybe 50. Yet, of all the challenges we face—at home and abroad—this is priority number one for the new Republican Congress.

So, Mr. President, this is one choice. It is the wrong choice and the wrong priority, which brings me to my second point. We are at a crossroads in our energy policy. We still can lead the world in clean energy production—with wind, solar, advanced biofuels—to reduce global warming pollution, to become energy independent, and create permanent American jobs. That is our future. That should be our priority.

New Mexicans are already seeing the impact of global warming. The Southwest is at the eye of the storm, with historic drought, with severe flooding when it does rain, and with more and more wildfires.

I talk to farmers and ranchers in my state. They are struggling. According to a study at Los Alamos National Laboratory, by 2050 we may not have any forests left in my state. It will be as if New Mexico were dragged 300 miles to the south. Our climate will resemble land that is now in the middle of the Chihuahuan Desert.

Now, I am not a scientist. Neither are my colleagues. But the experts at LANL—and scientists all over the world—are clear. If we do nothing, it will get worse.

The cost of the federal crop insurance program has increased 68 percent, just since 2007. If left unchecked, these costs will continue to skyrocket. But this is more than numbers, disturbing as they are. This is the burden of climate change—to farmers, ranchers, and our communities.

The damage is real. The threat is here. But so are the solutions, and the opportunities. With the right priorities we can encourage the production of clean energy. We can create a clean energy economy that leads the world. We can create the jobs of the future right here at home, and revitalize rural America.

I have long said we need a “do it all, do it right” energy policy. That includes traditional energy sources. Oil and gas play an important role in my state. New Mexico is a leading producer of both. We have strong, independent companies. They employ over 12,000 New Mexicans. They help pay for our schools and other public services.

They are an important part of the mix, and so are renewables like wind and solar.

The United States has incredible wind energy potential, enough to power the nation 10 times over. New Mexico has some of the best wind resources in the nation, enough to meet more than 73 times the state’s current electricity needs. Wind power emits almost no carbon pollution. It uses virtually no water. It already saves folks in my state 470 million gallons of water a year.

The U.S. solar industry employs more than 143,000 Americans, more than coal and natural gas combined. Solar jobs grew 10 times faster than the national average. The majority are in installation, sales and distribution. Those are well-paying, local jobs, those are permanent jobs, and they won’t be shipped overseas.

Now is the time to build on the momentum and invest in a clean energy economy. Now is the time to create energy at home and jobs at home. Now, not later, before we lose too much of the market to our overseas competitors in Germany, China and elsewhere. They can see the future too, and they are going after it.

A national Renewable Electricity Standard would help get us there. The proposal I have introduced for many years would require utilities to generate 25 percent of electricity from renewable resources by 2025. New Mexico and over half of the states already have one. The states are moving in that direction. The nation needs to move in that direction.

We need a national standard. Experts have said this could create almost 300,000 jobs. I have pushed for this ever since I came to Congress. The House passed it. The Senate has passed a version of this three times. Let’s get it right, and let’s get it done.

America can lead the world in a clean energy economy. We have the technology. We have the resources. We just need the commitment and the cooperation.

This is a new Congress. Let’s find common ground, where we can move forward. Just as we invested in the oil industry, we need to invest in wind, solar and biofuels. We should support tax credits for renewables. We should encourage important cutting-edge energy research at great institutions like Sandia and Los Alamos National Laboratories.

What we don’t need is Congress simply acting as a permitting agency for a Canadian pipeline.

I understand the frustration that this project has been pending for so long at the executive branch. I believe the President should make a decision now. The necessary studies have been done. The recent litigation is over. We have debated this project extensively in this Congress and in several elections.

If the President decides to approve it, without some strong conditions that mitigate its climate impact, I will be very disappointed. If the President rejects it, the supporters can raise this issue in the next election. But Congress should move on to the real, pressing policy debates.

Let’s get our heads out of the tar sands—and work together—for our economy, for our energy independence, and for our future.