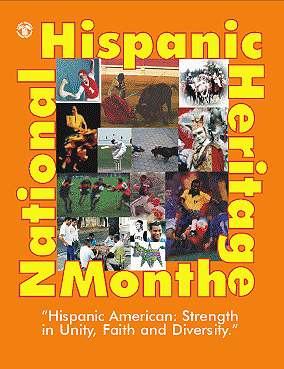 WASHINGTON, D.C. – In honor of National Hispanic Heritage Month, which runs Sept. 15-Oct. 15, U.S. Sen. Tom Udall submitted the following statement to the Congressional Record recognizing the tremendous contributions of Hispanic Americans in New Mexico and across the country:

“Mr. President, September 15 through October 15 is National Hispanic Heritage Month. This is a time to remember and to celebrate the integral role of Hispanic Americans in the economy, culture and identity of our nation.

“In New Mexico, we enjoy a rich Hispanic heritage that goes back over 400 years. Santa Fe, the oldest capital city in the United States, was founded a decade before the Pilgrims arrived at Plymouth Rock. New Mexico has the highest percentage of Hispanics of any state. From the Spanish colonists to immigrants from Latin America, the Hispanic community has informed our history, our art and our sense of who we are as a people.

“New Mexico is blessed with a blend of cultures and backgrounds like nowhere else. Our state is called the Land of Enchantment, not just for the beauty of our landscapes, but also for the vibrant diversity of our culture.

“The annual Spanish Market in Santa Fe is the largest exhibition of traditional Spanish Colonial and Hispanic art in the United States.

“New Mexico is home to the National Hispanic Cultural Center, which is the fastest growing cultural institution in our state. The Center, located in Albuquerque, is a guardian of Hispanic arts, culture and humanities, reaching people throughout the world.

“Like America as a whole, the Hispanic community is itself diverse, representing a rich mosaic of nationalities and backgrounds. Its values of family, faith and hard work are the values that unite all of us as Americans and New Mexicans, and make us both more compassionate and stronger. Indeed, the story of Hispanics is a vital part of the American narrative – of overcoming hardship, of sacrifice, persevering and helping one another.

“During times of war and peace, at home and abroad, the Hispanic community has been a rich part of the fabric of the American story. From the time of the Revolutionary War, Hispanics have fought and died for our freedoms. Forty-one have received the Congressional Medal of Honor, the highest military honor our nation can bestow. And Hispanics continue to contribute in communities throughout the nation – in business, in education and the arts, and at every level of government service. Their talents and sacrifices are integral to our past, and crucial to our future.

“The late Dennis Chavez from New Mexico was the first American-born Hispanic to be elected to the U.S. Senate. He was a trailblazer for the people of New Mexico and for the Hispanic community. I am honored to follow in his footsteps and to represent such a diverse state.

“This month, as we celebrate the historic achievements and contributions of Hispanic Americans, we should also remember the challenges we face and dedicate ourselves to meeting those challenges. With comprehensive immigration reform, and working together for vital education, health care and economic development initiatives, let us commit ourselves to ensure that Hispanic families in New Mexico and across the nation have an equal opportunity to achieve the American dream.”