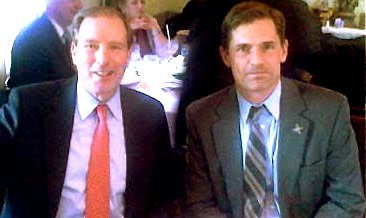 U.S. Senators Tom Udall and Martin Heinrich joined their Senate colleagues July 9 in introducing the Protect Women’s Health from Corporate Interference Act to restore the contraceptive coverage requirement and other services guaranteed by the Affordable Care Act, and prevent employers from imposing their beliefs on their employees by denying benefits.

The bill was filed in response to the U.S. Supreme Court’s 5-4 split decision in Burwell vs. Hobby Lobby.

“New Mexicans know that a woman’s personal health care decisions should be between her and her doctor — her boss shouldn’t have anything to do with it. But in a 5-4 split decision, the U.S. Supreme Court wrongly decided that an employer’s ideological opinions could interfere with a woman’s decision to access common forms of birth control,” Udall said. “Corporations have no place dictating what’s right for a woman and her family. And this common-sense proposal will ensure that a woman’s private health care decisions stay private.”

“The Supreme Court’s decision last week is alarming. Employers should not have the right to impose their beliefs and make decisions about what healthcare services an employee can access,” Heinrich said. “This legislation would ensure women can make the health and family planning decisions that are best for themselves and their families without interference from their bosses. It’s imperative we keep corporations out of personal health decisions and leave control in the hands of patients and their doctors.”

The Protect Women’s Health from Corporate Interference Act would ensure that private, for-profit employers cannot interfere in their employees’ decisions about contraception and other health services. The bill:

The bill was authored by U.S. Senators Patty Murray, D-Wash., and Mark Udall, D-Colo., and co-sponsored by 33 others. A companion bill was introduced in the U.S. House of Representatives.
Menu
LOS ALAMOS