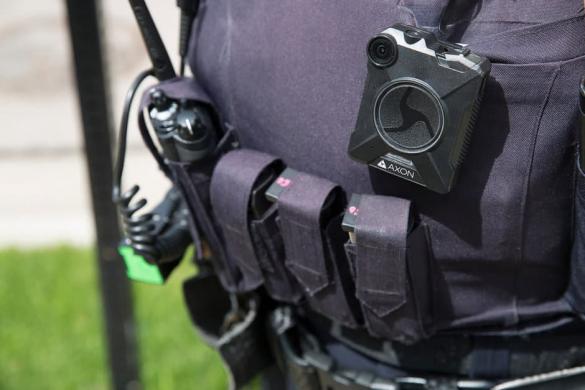 The legislation would also require DHS to report to Congress on these pilot programs, develop policies governing the use of BWC with public consultation, and develop an implementation plan to require full BWC deployment.

“Body-worn cameras are a valuable resource to increase the safety of the public and law enforcement,” Udall said. “As a former prosecutor, I know how critical community trust is for law enforcement officers to effectively do their jobs. These pilot programs, supported by the National Border Patrol Council and the Southern Border Communities Coalition, are a crucial step to increase transparency and help build upon the confidence in law enforcement among border communities across New Mexico.”

“Equipping ICE and Border Patrol agents with body-worn cameras will increase accountability and help build the community’s trust in law enforcement,” Heinrich said. “This legislation was carefully crafted with input and support from by the Southern Border Communities Coalition and the National Border Patrol Council and will go a long way towards increasing transparency, strengthening New Mexico’s border communities, and keeping families safe.”

“Our government functions best when it is transparent and accountable to its citizens,” Harris said. “This is something I prioritized as Attorney General of California and continue to fight for in the United States Senate. Body-worn cameras can not only lower use-of-force incidents, but can also help reduce grievances against officers and ultimately improve trust between law enforcement and the communities they serve.”

The DHS Body-Worn Camera Act is supported by the National Border Patrol Council and the Southern Border Communities Coalition.

“Senator Harris worked with us to address concerns that the roll-out of Body Worn Cameras is handled with due care to ensure this technology is used with the utmost integrity and accountability,” said National Border Patrol Council President Brandon Judd. “We look forward to providing our input to these pilot programs, on behalf of the nation’s border patrol agents.”

“The bills that Senators Harris, Udall, and Heinrich introduced to equip ICE and CBP agents with body-worn cameras are a critical step to restore community trust and bring oversight, transparency and accountability to these agencies,” said Vicki B. Gaubeca, director of the Southern Border Communities Coalition. “The use of body-worn cameras is a best practice among law enforcement agencies across the country, and has been shown to reduce the number of complaints against officers, lower the number of use-of-force incidents, increase transparency, and provide supplemental evidence in criminal cases.”

Requires DHS to report to Congress on the results of the pilot programs no later than 60 days after their end. This report must include an assessment of BWC in deterring use of excessive force by officers and agents; on responses to and adjudications of complaints; on personal privacy of members of the public and officers; on officer safety; on evidence for criminal civil investigations; and, on other issues arising from the use of BWC.

Directs DHS to develop draft policies governing operations of BWC; storage and maintenance of BWC recordings; privacy protections for the public; access to BWC recordings; disciplinary procedures for violations of BWC policies; and training on the use of BWC. Requires DHS to publish final policies and a rationale for each policy.

Requires DHS to consult with the public and internal/external stakeholders to develop BWC policies.

Requires DHS to submit a post-pilot programs implementation plan for BWCs at both ICE and CBP, and commence with deployment of BWC at CBP and ICE following the conclusion of the pilots.

Rep. Filemon Vela (D-TX) will introduce companion legislation to the DHS Body-Worn Camera Act in the House of Representatives.

The full text of the bill can be found here.