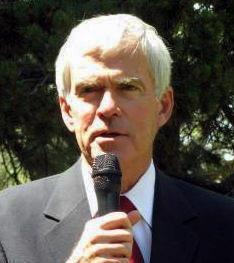 Sen. Jeff Bingaman
WASHINGTON – U.S. Senators Tom Udall and Jeff Bingaman announced that work on several amendments to the National Defense Authorization Act, including one amendment passed Wednesday that would ensure the Department of Defense could continue to purchase biofuels, such as those being advanced by companies in New Mexico.
“With these amendments, we are ensuring New Mexico is a leader in the 21st century clean energy economy, and at the forefront of the national security achievements being made at our national labs and within the defense community,” Udall said. “Our biofuels amendment is especially important to national security and businesses in our state so I’m glad we were able to get one over the finish line today.”
“The National Defense Authorization Act is one of the most important bills for New Mexico because it helps fund our national labs and our military installations. I am especially glad that the Senate adopted our amendment to allow the Pentagon to invest in all types of fuels – including biofuels — for its fleets. The Defense Department is a major consumer of fuel, and the more homegrown, cleaner-burning fuel it purchases the better off we will be,” said Bingaman, who chairs the Senate Energy and Natural Resources Committee. 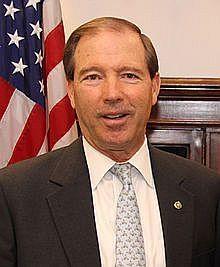 Sen. Tom Udall
The senators joined forces with Senator Mark Udall of Colorado to propose an amendment that clarifies that the Defense Department, the nation’s largest energy user, can purchase alternative fuels to supports its operations in the U.S. and abroad.
It would also maintain the production and advancement of biofuels to make them more competitive with traditional sources of energy. The amendment, which passed 62-37, is now part of the larger defense authorization bill, which is currently pending in the Senate.
The New Mexico senators have filed other key amendments to the pending bill that are important to New Mexico, including:
Udall has also filed an amendment with Sen. John Kyl (R-Ariz.) to create an advisory panel and evaluate the National Nuclear Security Administration, which oversees the nation’s nuclear stockpile.
The panel would make recommendations on how to reform the NNSA, which has oversight of Sandia and Los Alamos National Laboratories.
Udall introduced the amendment in light of cost overruns, security breaches and management issues over the last few years to improve the scientific work, safety and employee retention.
The National Defense Authorization Act appropriates funds for the DOD each fiscal year. The bill, S. 3254, is expected to be completed later this week.
Menu
LOS ALAMOS