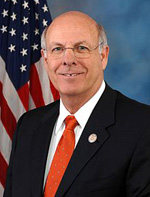 “We should be looking for ways to move our economy forward, not imposing obstacles that hurt our workers and small businesses,” Pearce said. “The so-called ‘Healthy Workforce’ ordinance will crush Albuquerque small businesses under a mountain of new paperwork and leave them under the constant threat of lawsuits. The ordinance sounds well-intentioned, but it will lead to lower wages, fewer jobs, and reduced benefits for workers.

“Democrats in Denver stopped a similar proposal because they knew it would hurt workers and small businesses. San Francisco has adopted this measure and the outcome has been predictable. Locally, we have seen signs of growth, but a radical measure like this one, written by New York City lawyers, will hurt Albuquerque’s economy when we can least afford it.”