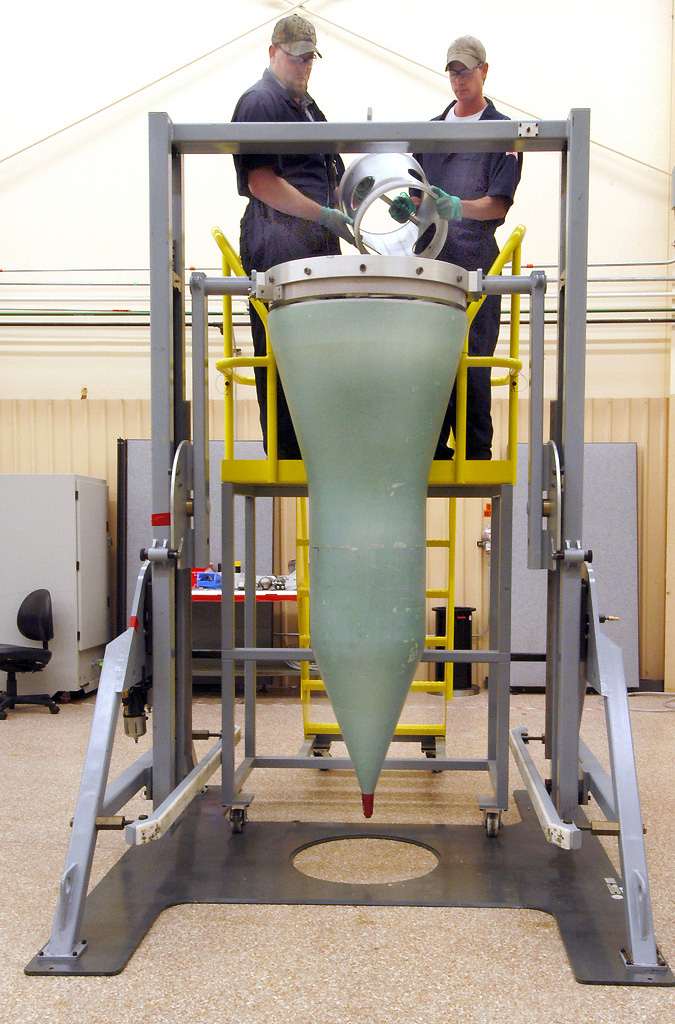 Technicians are installing a piece of tooling in the workstand for further dismantlement operations during W56 dismantlement training. Courtesy/NNSA

Since then, the United States has developed the capability to ensure the safety, security, and reliability of its stockpile through the use of state-of-the-art technology and research while maintaining a moratorium on nuclear explosive testing.

“Over the past twenty years, the United States has been able to innovate and develop the tools we need to keep our stockpile safe, secure, and effective without underground testing,” NNSA Administrator Thomas D’Agostino said. “In April 2009, President Obama shared his vision of a world without nuclear weapons. As we work toward that goal, we have the world’s leading scientific facilities, the world’s fastest computers, and the world’s brightest minds working to ensure that we never again have to perform nuclear explosive testing on U.S. nuclear weapons.”

Created in the 1990s, NNSA’s Stockpile Stewardship Program has allowed successive Presidents to remain confident in the safety, security, and effectiveness of the stockpile.

Ongoing investments in one-of-a-kind facilities at each of the sites have added to tools and techniques available to researchers.

For example, the National Ignition Facility at LLNL, Z Machine at SNL, and the Dual-Axis Radiographic Hydrodynamic Test Facility at LANL allow for the re-creation and study of specific phenomena that would be found in a nuclear detonation.

The Nevada National Security Site – formerly the Nevada Test Site – now plays a significant role as part of the Stockpile Stewardship Program with facilities such as JASPER and U1a.

Combined with increases in supercomputing capacity (NNSA’s Sequoia supercomputer is the world’s fastest), scientists have been able to employ computer simulations and other non-nuclear experiments to achieve high confidence in the stockpile, without the need for nuclear explosive testing.

In addition, because of the continual improvement of science and technology, the United States has been able to extend the life of its weapons systems.

Life Extension Programs conducted by NNSA allow for existing designs to be maintained without the need for additional explosive testing or weapons development.

More on the key accomplishments of the Stockpile Stewardship Program can be found here: http://www.state.gov/t/avc/rls/187694.htm