U.S. Chimpanzees May Be Recognized as ‘Endangered’ 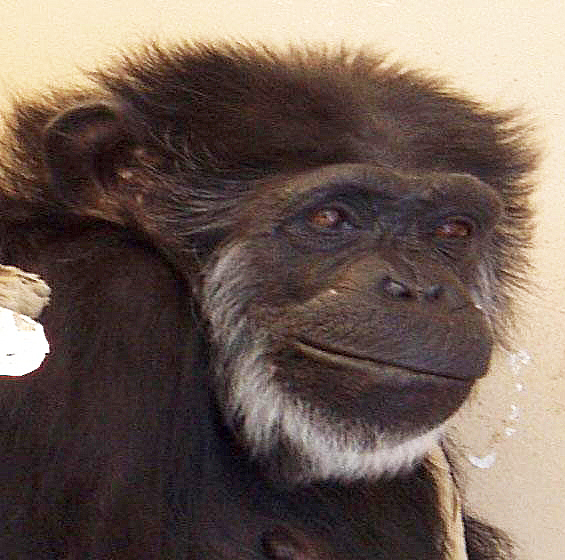 Flo, 55, is is the eldest surviving chimp in Alamogordo. Courtesy photo

Under the Endangered Species Act, this would end the current ‘split-listing’ which allows chimps in captivity in the United States to be sold and bred for use in biomedical research, the entertainment industry, and the exotic pet trade.

“This long-awaited ruling shows the intrinsic value of chimps and recognizes that they are so much more than ‘laboratory equipment’,” said Laura Bonar, program director of Animal Protection of New Mexico. “For years, citizens and prominent leaders in New Mexico have called for an end to cruel and ineffective invasive research on chimpanzees. These tests not only scarred individuals and wasted research dollars, but also harmed efforts to protect chimpanzees in the wild.”

In recent years, leaders on both sides of the aisle have worked to protect chimps at New Mexico’s Alamogordo Primate Facility on Holloman Air Force Base from transfer to a research laboratory in Texas for further invasive testing. In 2010 Gov. Bill Richardson appealed to the National Institutes of Health to retire the chimps, and U.S. Senators Tom Udall and Jeff Bingaman (retired) requested an independent study on chimps in research. The results of the study found most biomedical research on chimps “unnecessary.”

Flo is the eldest surviving chimp in Alamogordo and turns 56 this September. As a baby, Flo was used in a circus where she was trained to smoke, then was exhibited at a Tennessee zoo, and in 1972, she was shipped to Alamogordo. At least 115 times, Flo was chemically immobilized or suffered a “knockdown” (a sedative-loaded dart shot from a firearm). She was injected with angel dust and ketamine, suffered severe seizures, and exposed to Hepatitis and HIV. She gave birth to four children who were taken for use in research.

“Today is another step closer to providing peace and dignity to Flo and all the surviving chimps from the Alamogordo Primate Facility,” Bonar said.