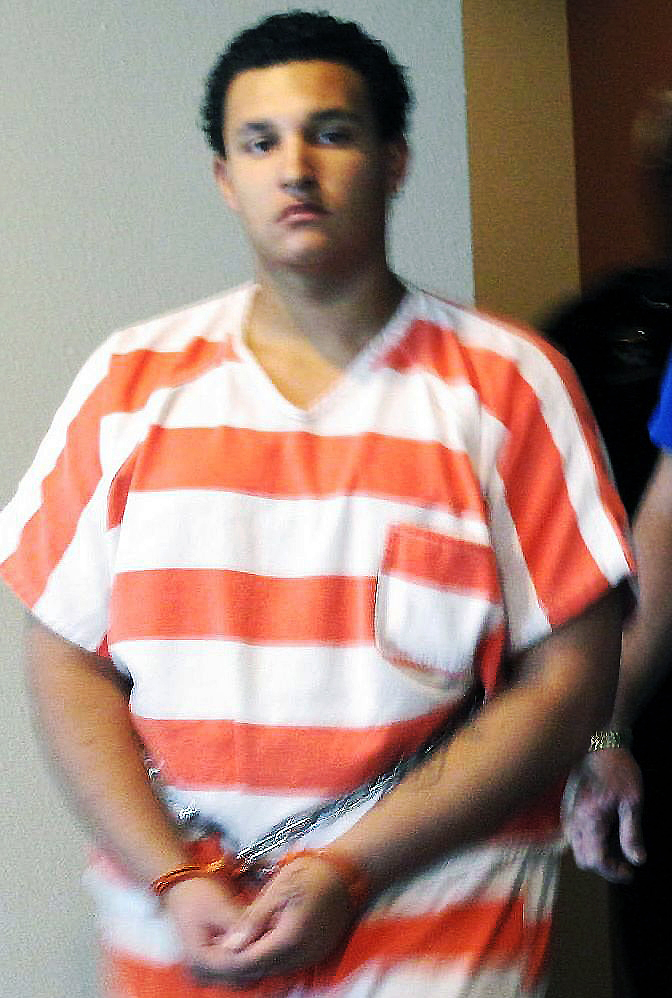 Tyrell Abney in June 2012 at court in Los Alamos. Photo by Carol A. Clark/ladailypost.com
By CAROL A. CLARK
Los Alamos Daily Post

Los Alamos police detectives charged then 18-year-old Abney in May 2012 with child abuse in the first degree against his infant son.

Abney relinquished all parental rights to his son, Riley Bernard Abney, now 17 months old, and agreed to have no further contact with the child. The judge ordered Abney to stay away from alcohol and firearms and to not commit any crime while on probation. She explained that violating her orders will result in his arrest and imprisonment for the remainder of time left on his three-year suspended sentence, which began July 31, 2013. 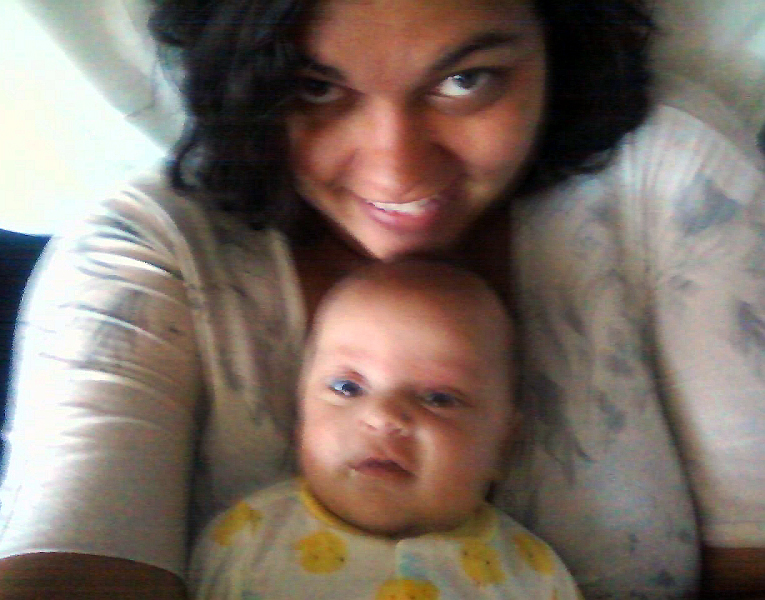 Abney is no longer with the child’s mother Nicole Allison, Wahlquist said. She and Abney were engaged to be married in May 2012 when she contacted police to report Abney had called her to say he dropped their 8-week-old son in their Gold Street Apartment and that the baby wasn’t doing well.

Police arrived at the apartment and determined that Abney had taken the baby on foot across Trinity Drive to Los Alamos Medical Center.

Detectives reported seeing at least three areas that were injured on the head and face of the baby. Also, a doctor indicated that the injuries did not appear to be from a fall, according to the police report.

Police reports indcate that Abney ultimately admitted to slapping the baby across the face, hitting the infant’s head on a partially opened door and dropping him from about four feet off the ground.

The baby had injuries consistent with brain injury and both he and his mother were airlifted from LAMC to the Intensive Care Unit at UNM Children’s Hospital in Albuquerque.

The baby has recovered from his physical injuries, according to police.