Washington, D.C. – U.S. Rep. Ben Ray Luján of New Mexico’s Third District voted tonight for compromise legislation that will end the government shutdown, raise the debt ceiling so the government can pay its bills, and establishes a conference committee for the House and Senate to negotiate on a budget for the coming year.

“While I would have preferred legislation that extends the debt limit for a longer period of time and that funds the government at a higher level, this represents a compromise that will finally end the government shutdown that has hurt families in New Mexico and protect the full faith and credit of our nation by ensuring we do not default for the first time in history,” Luján said.

Under the legislation, the shutdown will end and the government will be funded until Jan. 15. The debt ceiling will be lifted until Feb. 7. House and Senate negotiators will form a conference committee aimed at hammering out a compromise on a budget plan by Dec. 13.

“This legislation, while not perfect, will ensure that New Mexico’s national labs stay open, furloughed employees can get back on the job, and that services for the most vulnerable will no longer be delayed.  It puts an end to the political games that have gone on too long,” Luján added. “It is deeply disappointing that once again, manufactured crises have taken a toll on our economy and on the day-to-day lives of people in New Mexico who have had to go without a paycheck or the benefits they count on.

“For too long, the extreme elements of one party let the pursuit of ideological gains trump common sense. I am hopeful that we can move forward, having learned a lesson that holding the country hostage over government funding and the threat of default is reckless and irresponsible. It is now time to get to work on a budget that addresses the arbitrary cuts of the sequester and puts our country on a path forward that will grow our economy and lead to job creation.” 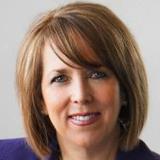 U.S. Rep. Michelle Lujan Grisham of New Mexico’s First District and a member of the House Budget Committee, this evening released the following statement after voting for the  bipartisan bill to end the government shutdown and avert a debt default:

“For the past 16 days, countless innocent New Mexicans have suffered due to an irresponsible and completely avoidable government shutdown. Today, Congress voted to end that suffering, prevent further harm and return to the work our constituents sent us here to do.

“In addition, this agreement puts us on a path to negotiate a longer-term budget that replaces sequestration’s damaging cuts with a balanced approach to deficit reduction and that reflects the priorities that matter most to New Mexicans: creating good-paying jobs and growing the economy.

“The last few weeks have proven beyond a doubt that recklessly shutting down the government and sabotaging the economy is simply not a responsible way to govern. New Mexicans expect and deserve a Congress where Democrats and Republicans respect and value each other’s ideas – even if they are vastly different – and want to work together.”

“Tonight, the House and Senate are expected to vote on an agreement to end the shutdown. The good news is that this challenging time for New Mexicans seems to be over. The bad news is that the agreement does not end the double standard for Washington, nor does it change our nation’s dangerous course of reckless spending. While I am happy that furloughed employees can go back to work, I will not be able to support tonight’s legislation, which does nothing to address the problems we were elected to solve”