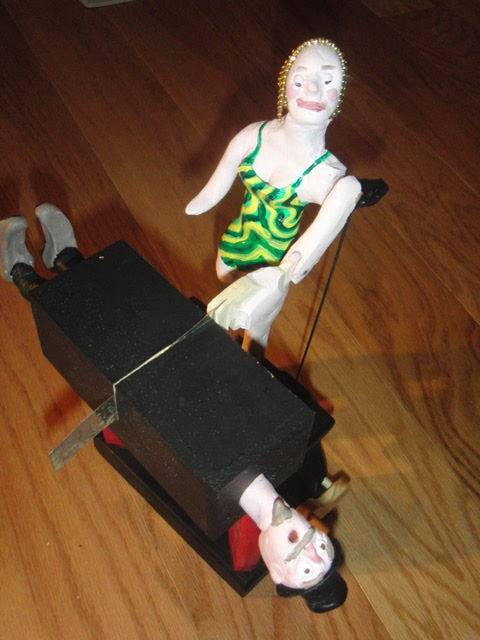 Oct. 16-18 is Art Weekend in Los Alamos! Both the 2015 Los Alamos Studio Tour and the Gateway to the Holidays Arts and Crafts Fair will take place that weekend. The Los Alamos Daily Post is featuring artists from both events leading up to the Tour and Fair.

The Fuller Lodge “Gateway to the Holidays” Arts & Crafts Fair runs 9 a.m. to 3:30 p.m. Saturday, Oct. 17 at Crossroads Bible Church. A list of particating artists and their work can be viewed at http://fullerlodgeartcenter.com/Fair_Fall2015 . 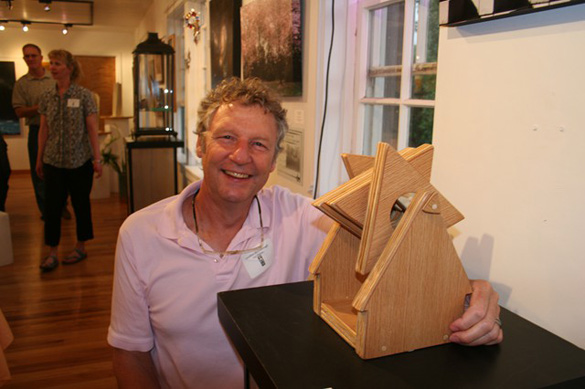 Gordon McDonough grew up in Concord, Mass.. He studied art at the University of Miami, and has pursued this interest while working many jobs and traveling around the country following his first wife in her quests for ever greater academic credentials.

Thirty years ago, they settled in Santa Fe and brought two kids into the world. In those days McDonough was designing and building (and repairing) exhibits for the fledgling Santa Fe Children’s Museum.

McDonough’s life turned up-side-down and he turned to teaching science, first in small alternative settings, and later in a public middle school in Santa Fe. He is certified to teach science and social studies.  In 2005, McDonough moved into an education outreach position that opened at the Bradbury Science Museum, where he remains today.

With his BFA in painting, McDonough still paints, but has also been a filmmaker, a toy builder, sculptor, and for about 12 years, a maker of automata, which he likes to call his “cranky things.” These are hand-cranked assemblies that perform various actions. Some people claim to find them humorous.
He dabbles in electronics, Arduino and Raspberry Pi most recently, and programs computers in three languages. He enjoys hiking, camping, biking, paddling, reading (largely nonfiction), and most of all spending time with his wife, Liz, while they both work on creative endeavors. 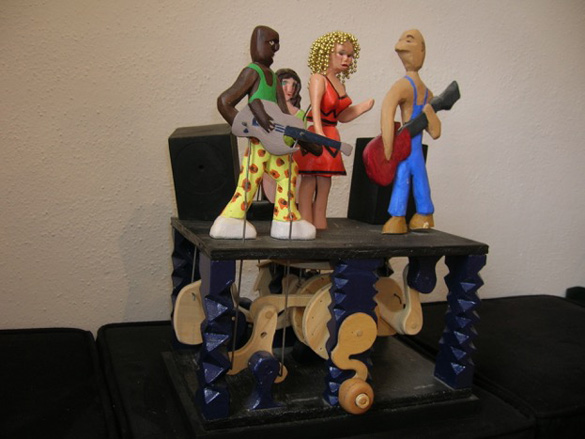 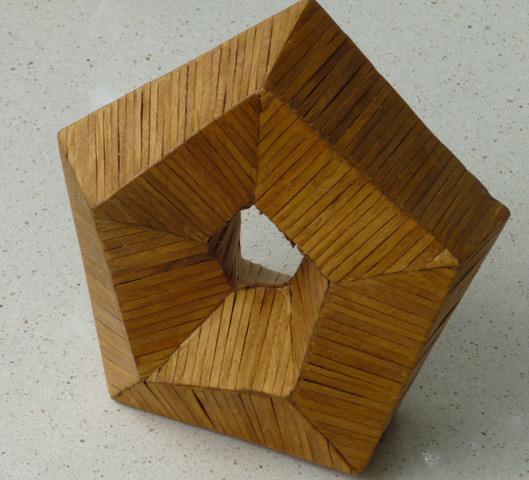 “Our cherished hand crafted puzzles are made of pine wood that’s carefully hand-painted using non-toxic paint. Mayela Guzman of the Pink Giraffe of Santa Fe said.. “They are made for kiddos of all ages!”

Guzman grew up in a household of wood shavings with a long tradition of custom woodwork. During her childhood in Mexico she started helping her father in his woodshop when she was seven. At first she was only allowed to clean up, then later glue stones onto wooden crosses. By the time she was 12 she was learning to carve.

Like his father before him, Guzman’s father made traditional wood furniture. When sales began to slump, he added wooden crosses, small nichos and finally puzzles. His designs for puzzles were very realistic animals. These became the inspiration for the Pink Giraffe of Santa Fe.

Guzman moved to the US to attend college when she was 17 and made a home here. She continued making wooden puzzles, using homemade jig saws that her father put together, although she adopted a more “cartoony” style. Initially it was just a hobby but once she married and became a stay-at-home mother she was able to invest more energy into the puzzles. Now Guzman sells her handcrafted wooden puzzles at arts and crafts fairs and also at her shop in the Santa Fe Arcade at 60 East San Francisco St.

Looking for a one-of-a-kind party treat? Guzman will work with you to design a small puzzle and then produce 30 or more copies for your guests, young or old. She will be bringing lots of puzzles to the Gateway to the Holidays Arts & Crafts Fair and hopes to see lots of delighted shoppers.

To see an assortment of puzzles by Guzman visit her Facebook page at https://www.facebook.com/thepinkgiraffeofsantafenm . 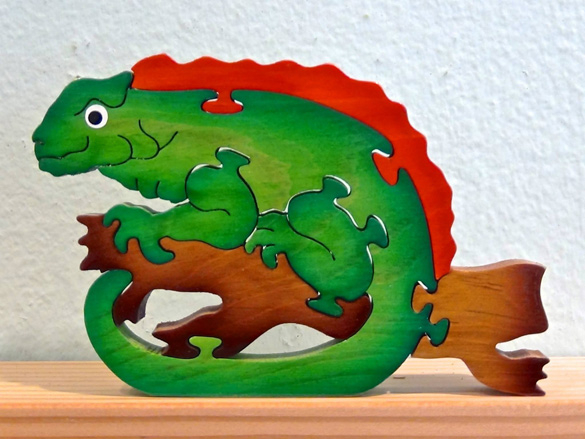 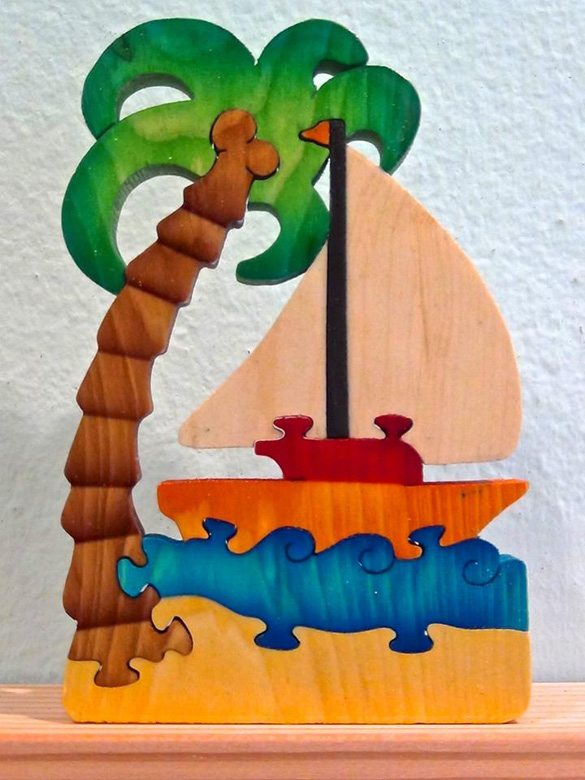