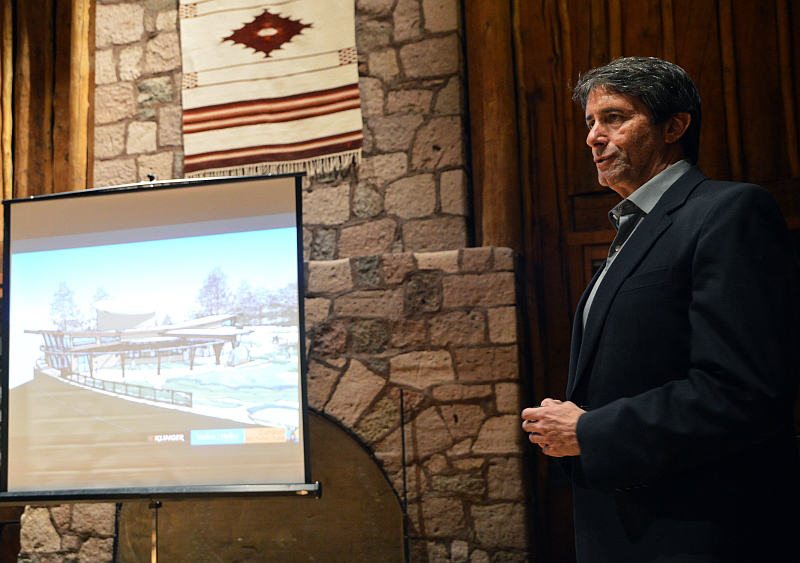 Architect Matt Ackerman of Catalyst Architecture, LLC briefs the audience on the latest details of the new Nature Center. Photo by Carol A. Clark/ladailypost.com 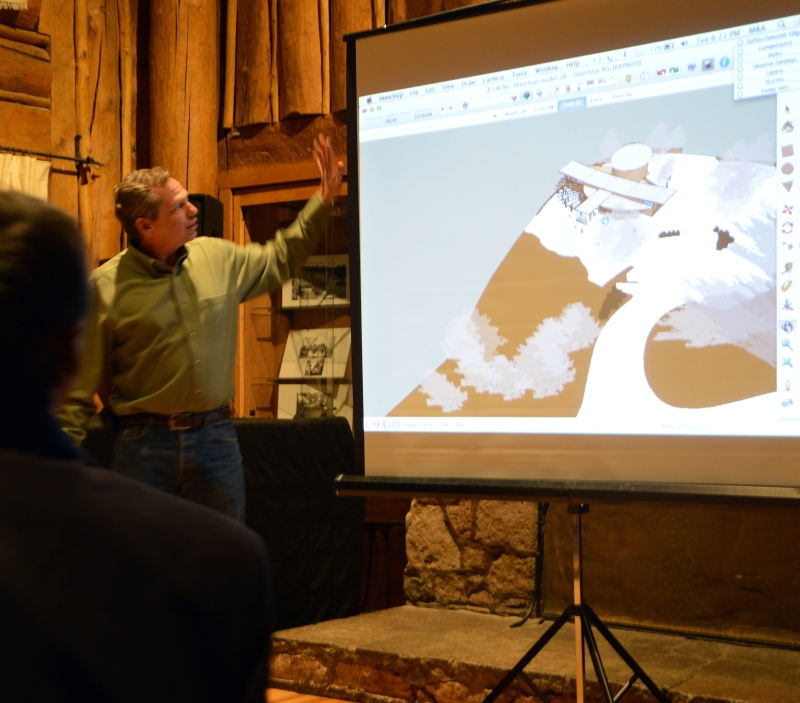 Nature Center Project Manager Steve Huebner explains that the building was moved around quite a lot to find the ‘sweet spot … where it belonged.’ Photo by Carol A. Clark/ladailypost.com 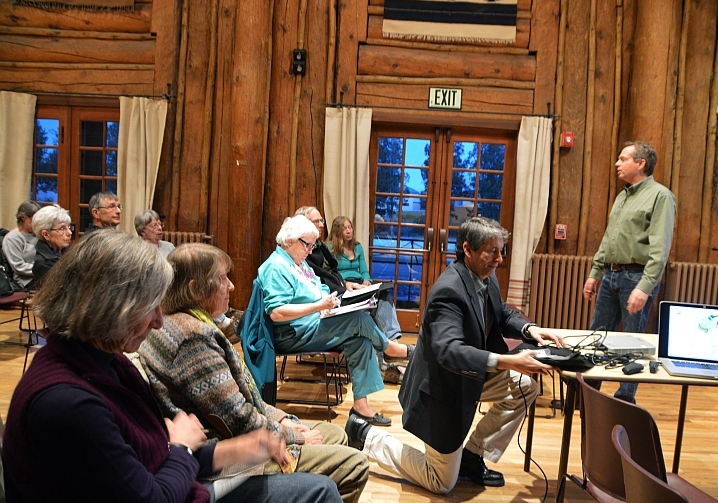 Tuesday’s public meeting on the soon to be constructed Nature Center revealed many details and showed renderings of what the highly anticipated facility will look like.

“The project is pretty well defined … we know the budget, we know the square feet … we anticipate breaking ground in March and having a ceremony for the community in April when it’s not so cold,” Huebner said, adding that construction should wrap up on the project in January 2015 with a grand opening event expected on Earth Day. The total project cost is $4.3 million.

Ackerman explained that the building footprint is just under 6,000 square feet. There will be about 39 parking spaces, an observatory overlooking the butterfly garden, event area, multipurpose room, activity classroom and an approximately 101 seat planetarium.

“A planetarium was very much desired by the community and by PEEC,” Ackerman said.

The building will include a 30-foot dome on which images will be projected during lectures and presentations to enhance the experience. There also will be an outdoor area covered with shade cloth for large gatherings such as Earth Day.

The County is holding another public meeting on the Nature Center 5:30-6:30 p.m. today at White Rock Town Hall. 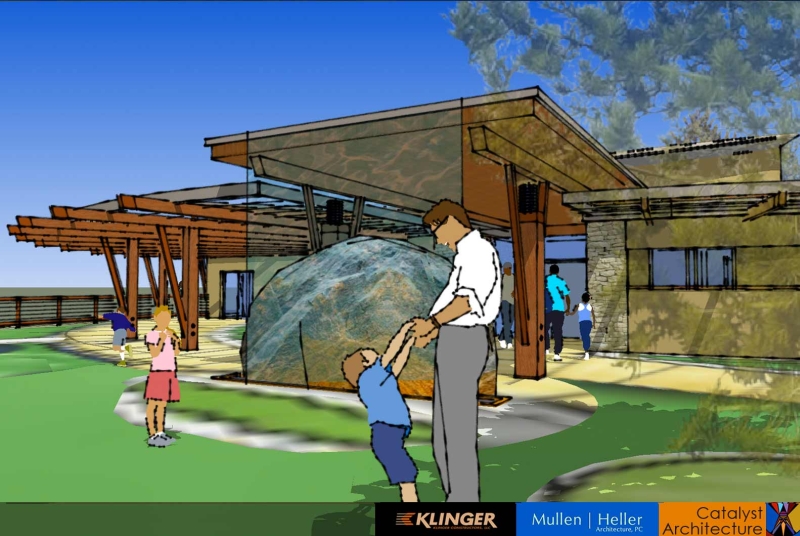 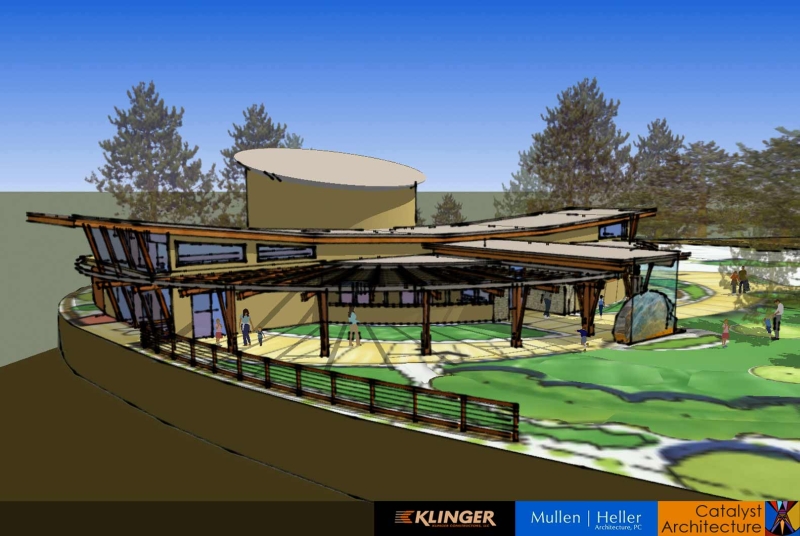 View from the southwest. Courtesy/Catalyst Architecture 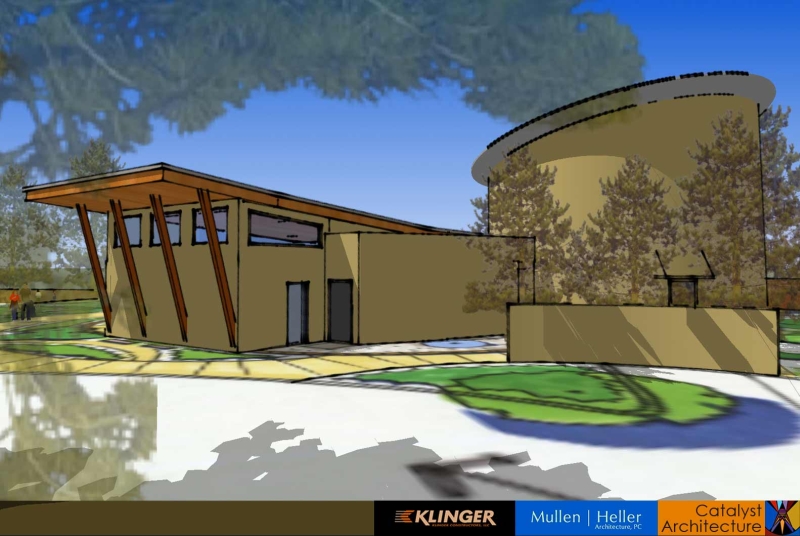 View from the northeast. Courtesy/Catalyst Architecture 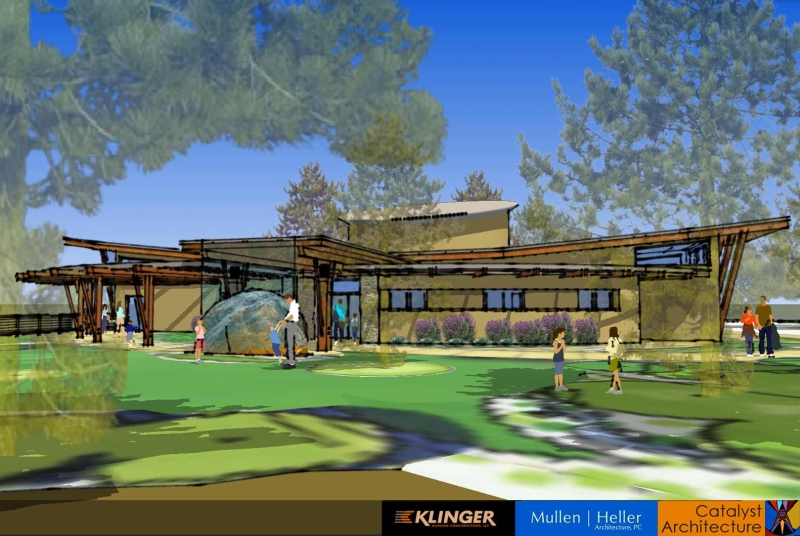 View from the southeast. Courtesy/Catalyst Architecture 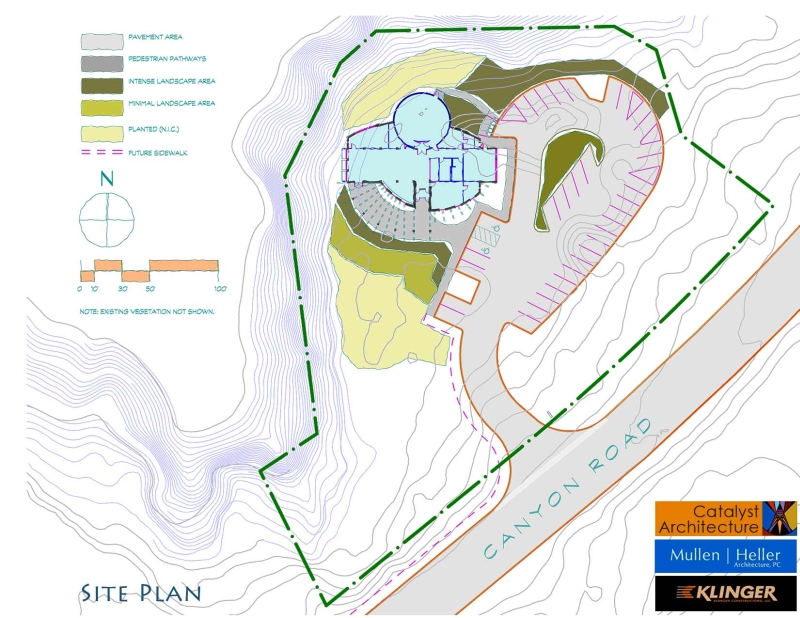 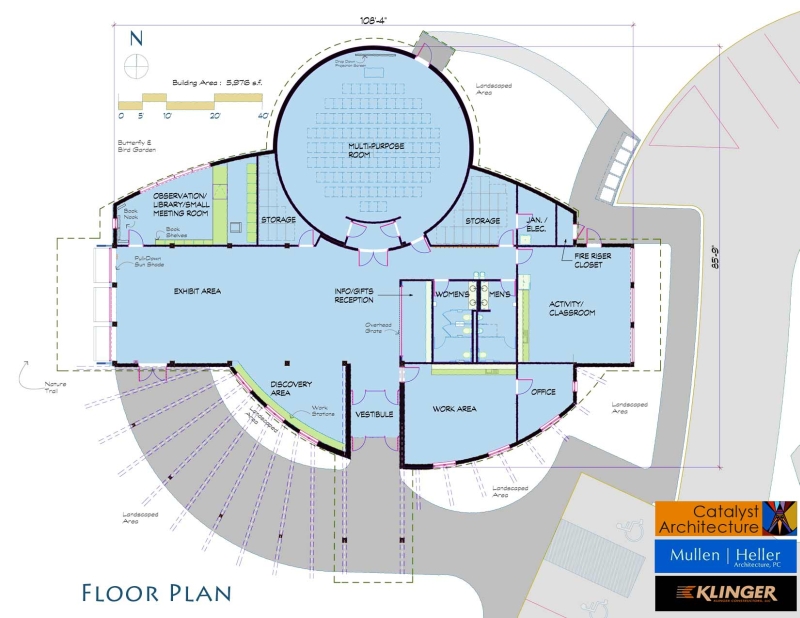 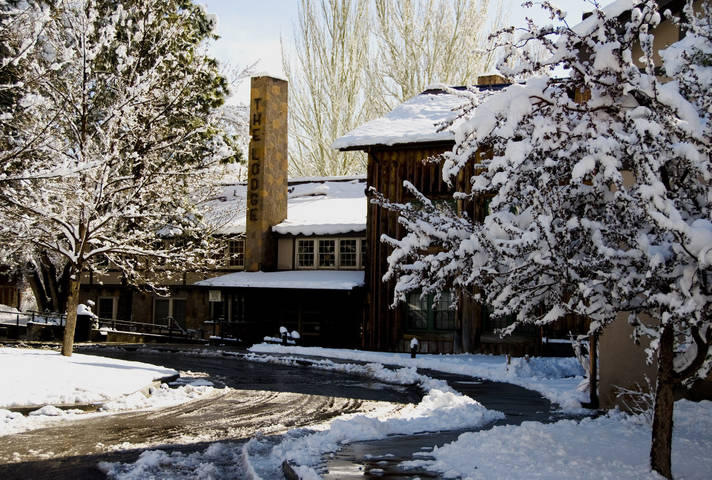 County Councilor Rick Reiss, sixth from left, was among 25 people who attended Tuesday’s public meeting at Fuller Lodge. Photo by Carol A. Clark/ladailypost.com