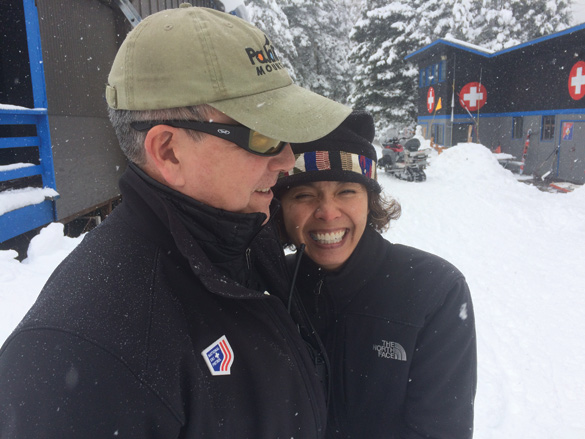 For many patients, urgent care facilities are becoming the main place to go for immediate outpatient care for illness and injuries mostly due to their extended hours, immediate availability, and their substantially lower cost when compared with hospital emergency rooms.

Dr. Robert McClees’ name has been synonymous with urgent care in Los Alamos since he moved here in 2007 to work at an urgent care facility, which closed its doors in August 2015. Seeing a serious need in the community for urgent care medicine, McClees found he couldn’t just walk away and decided to open his own clinic, Trinity Urgent Care, at the same location at 1460 Trinity Dr. 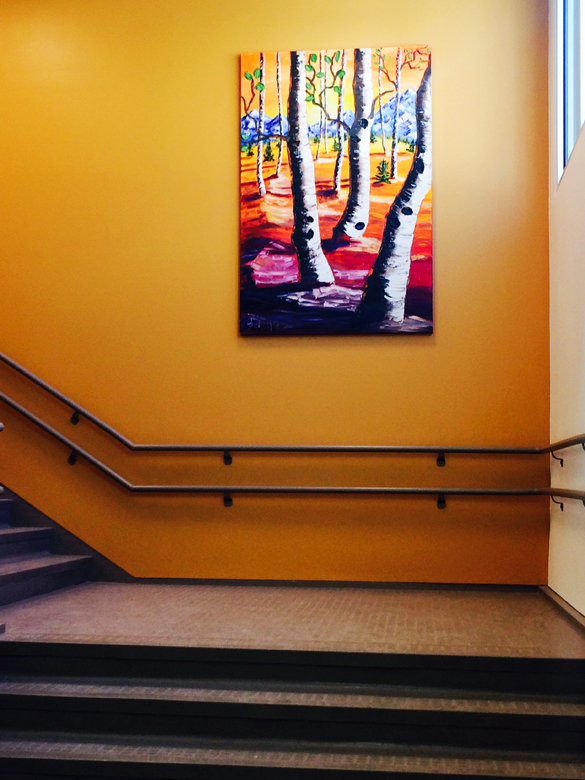 On Nov. 30, 2016, joined by long-time friend Dr. Edward Grant and Office Manager Krista Montoya, McClees opened his doors with a goal of “putting patients first in an exceptional environment”. Many former colleagues returned to the clinic to work for him.

“We provide up-to-date expert evaluation and treatment covering a wide range of minor emergencies, illnesses and injuries and are an alternative to the long wait or high cost of a visit to a hospital emergency room,” McClees said. “If your own primary care provider isn’t available when you need them, we are, and we’re open seven days-a-week.”

McClees moved to New Mexico to attend St. John’s College in Santa Fe where he earned a bachelor’s degree and a Master’s degree. He went on to obtain a Bachelor’s of Science degree in Biology from the University of New Mexico and received his Medical Degree from UNM School of Medicine. He completed his internship in Internal Medicine and Residency training in Family Medicine there also and is Board Certified in Family Medicine.

Dr. Edward Grant said he really enjoys the dynamics of the clinic and the patient care as well as working with the team to provide customer service above the bell curve.

Grant has been practicing medicine since 1994 and holds several advanced degrees. He graduated from Hampshire College with a Bachelor’s degree in Asian Philosophy and Economic Development in 1985 and went in to obtain a Master’s degree from St. John’s College in Western Literature.

He studied Japanese Meridian Therapy in acupuncture and went into private practice and later graduated from the UNM Physician Assistant Program.  He continued to work for the hospital as a PA-C and D.O.M., dividing his time between primary care and urgent care, and served as chief of staff and vice chief of staff for several years, having been voted into both positions by his colleagues.

Both McClees and Grant are avid skiers. Grant skis three-to-four days a week and was on the professional ski patrol at Santa Fe Ski Area for several years.

McClees has been the volunteer medical director for Pajarito Mountain Ski Patrol since 2007 and is a familiar face on the mountain often accompanied by his wife, Sheila, who is a registered nurse at Barranca School. McClees also patrolled at Santa Fe for 10 years.

Trinity Urgent Care is open 9 a.m. to 7 p.m. seven days a week with last patients of the day being accepted at 6:45 p.m. 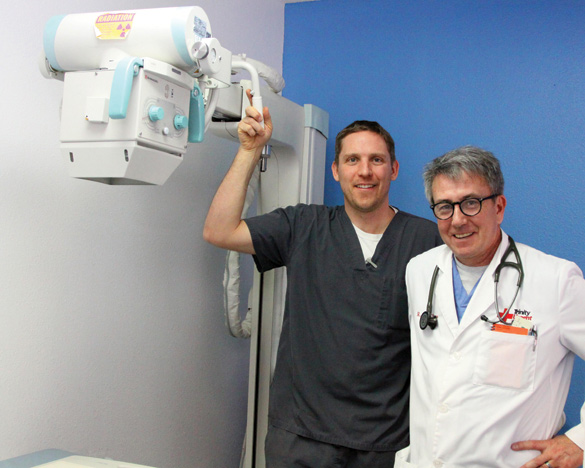 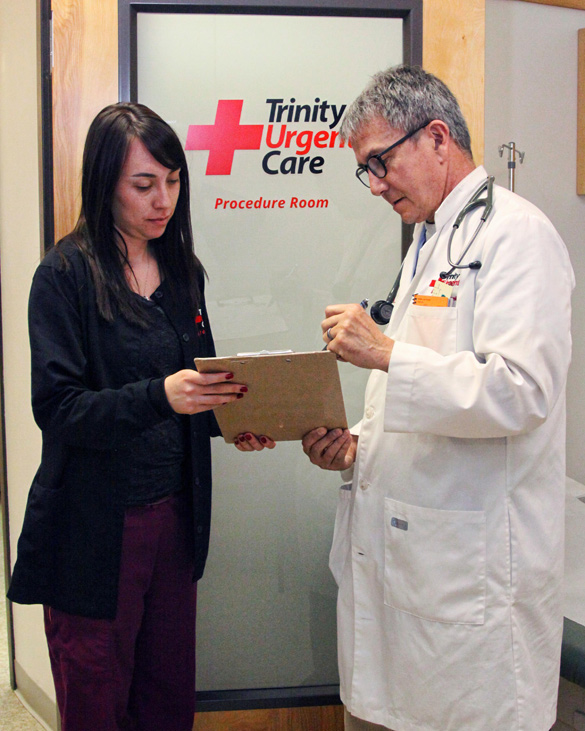 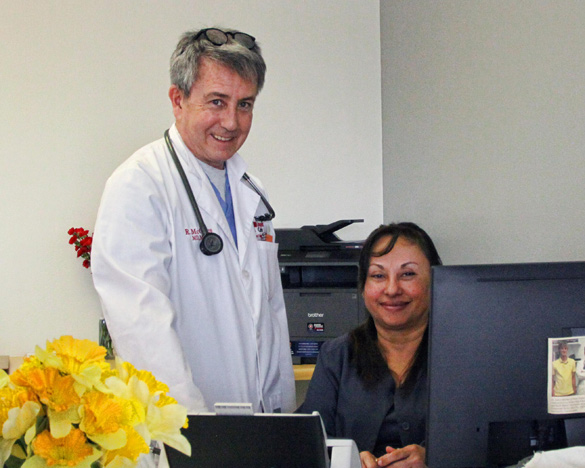 Medical Receptionist Magda Maahs is a familiar face to Trinity Urgent Care patients and has worked with Dr. Robert McClees for many years. Photo by Jenn Bartram/ladailypost.com