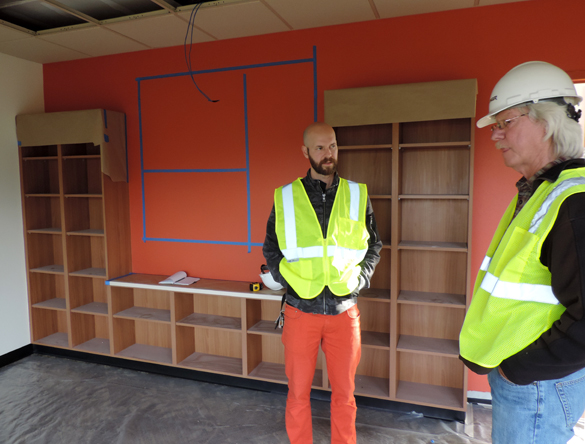 Artist Travis Black speaks with Los Alamos Art in Public Places Chair Steve Foltyn earlier this year during preparations for his work to be displayed on the wall behind him at the Nature Center. Courtesy/PEEC 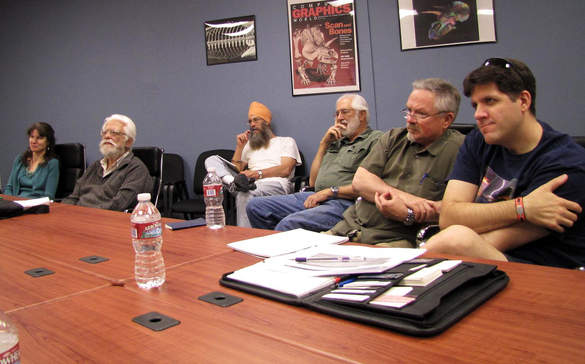 Three paintings by Travis Black featuring flora and fauna of the Pajarito Plateau now on display at the Los Alamos Nature Center. Photo by Kirsten Laskey/ladailypost.com

At a Dec. 18, 2014 meeting, Council approved the funding request of $14,000 by the Art in Public Places Board for Black to produce and install three paintings featuring flora and fauna of the Pajarito Plateau for the interior of the Nature Center. The paintings were revealed during the April 22 grand opening celebration of the Nature Center at 2600 Canyon Road.

“I’m super proud,” Black said of the piece that PEEC purchased. He noted that it is biggest painting he has done. Nature is a prominent feature in Black’s work, which makes it a good fit with PEEC. “It’s awesome,” he said, adding he feels, by having his art at PEEC, his work is reaching people who would appreciate it the most. “I want people to get the joy and exuberance of nature.”

Black added, “For me, nature symbolizes the weird and the strange existence we all share. Nature jolts me into realizing how precious life is and it takes my mind down the rabbit hole of how lucky we are it somehow even exists.”

When Black initially expressed interest to be an artist, it was not exactly met with words of encouragement.

Black said he remembers a school guidance counselor telling him he better get use to eating crackers and ketchup. So he pursued psychology and eventually worked as a manager in a video store in Michigan. But Black got fed up with the job and decided to take classes at Lansing Community College.

He figured he would only take the classes he was interested in and absorb as much information as possible. This choice allowed Black to not only pursue his passion for art but also his love of learning.

One professor, he said, “saw my passion … (and was) willing to pour as much information into me as possible.”

Eventually, Black worked at the community college and was able to get his education free. He recalls how he became a part of a “society of artists” in the college. “That was a really great part of of my life. It was intensive. We just lived it (art).”

In 2004, he and his wife moved to Albuquerque where he attended classes at the University of New Mexico. Moving to New Mexico was not a random decision. Black pointed out that Santa Fe, at this point, had the third highest grossing art sales in the U.S. Plus, he said UNM was affordable and the teachers at the university are really skilled.

After taking some classes at the school, Black dropped out and started an art gallery, Bright Rain Gallery. Four years later, he and his wife sold the gallery. Although he loved mingling with customers and was delighted to point out good places to eat, Black said he did not want to be in retail. “I didn’t want that constant distraction,” he said. Plus, “my work was getting out there.”

In fact, interest in Black’s work has gone gang-busters. Black said Albuquerque Public Works recently purchased some of his paintings for the Albuquerque Zoo. Gauri and Nainika, a clothing company in India, purchased images of Black’s artwork for its clothing. Also, his artwork was purchased for the set of the television show, “Homeland.” This year, “art wise, it has never been better,” Black said.

In looking at his work today, Black feels he has kind of circled back to his earlier art. He describes his paintings as having optical textures and turning abstractions into real things. He strives to continually renew his skills. “It keeps me interested and hopefully my viewers, too.”

Black is also secure with his art. “One of the biggest difficulties is that the art world is so big that it’s hard to find where you fit in,” he said. “I’m just done with it. I can relax and enjoy what I do,” he said.

Black is not competing to be the best artist; he simply enjoys doing his art. There is always someone more talented in every career, Black said, so “I just show up, do my thing and be proud of it.”

An artist’s life is not an easy one. “You’re by yourself most of the day,” Black said. “You’re kind of a monk … doing your devotion.”

Still, it provides something valuable to people. Artists are “selling to people on a different level. Not just an object of desire; it is something that makes them feel good.”

Black’s paintings are exhibited throughout New Mexico and the country. His work is shown at Canyon Road Contemporary Art in Santa Fe, Providence Gallery in North Carolina, Blue Gallery in Michigan and Greenwich Gallery in Rhode Island.

In Albuquerque, his work will soon be exhibited at Allen Aragon Gallery. 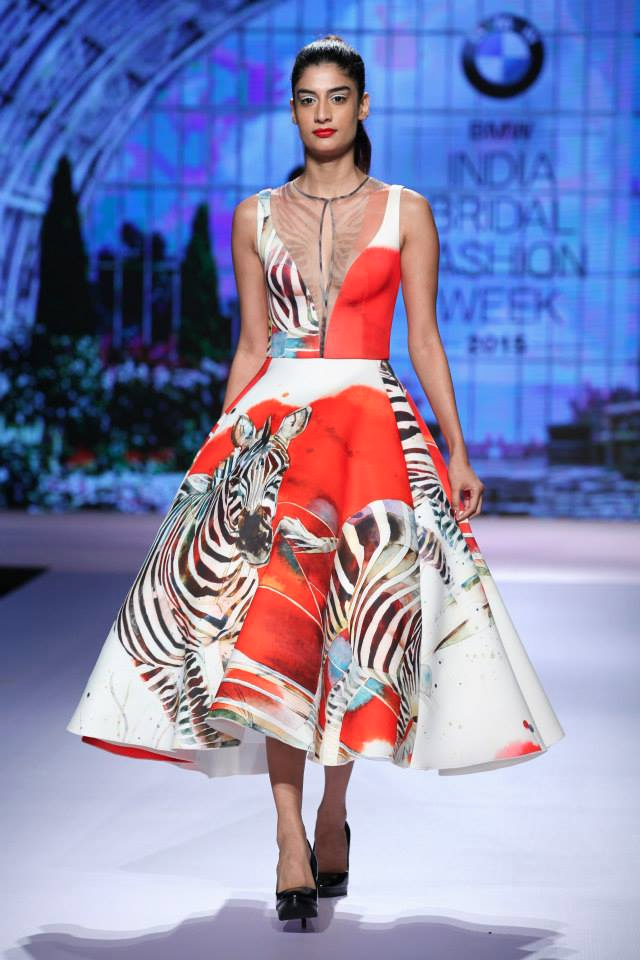 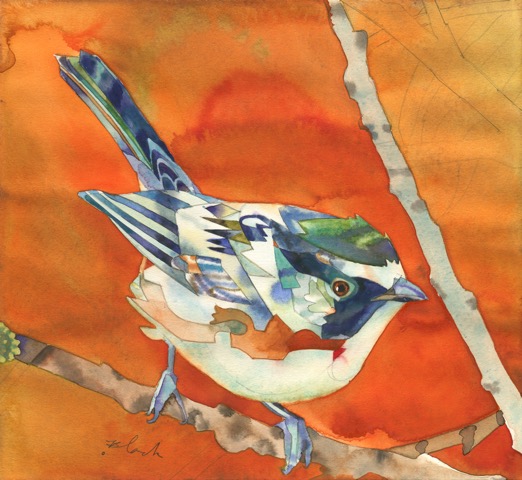 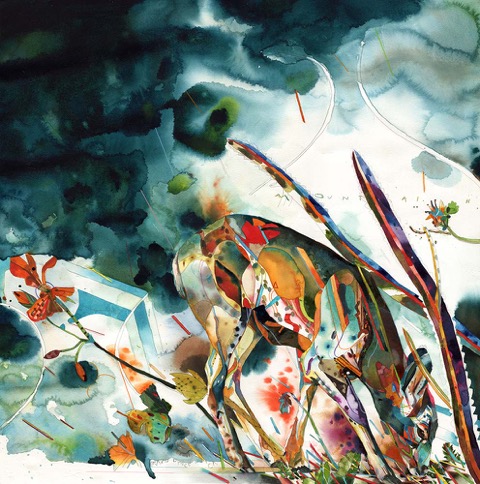