Toppers Lose 28-13 to Academy and the Single Wing 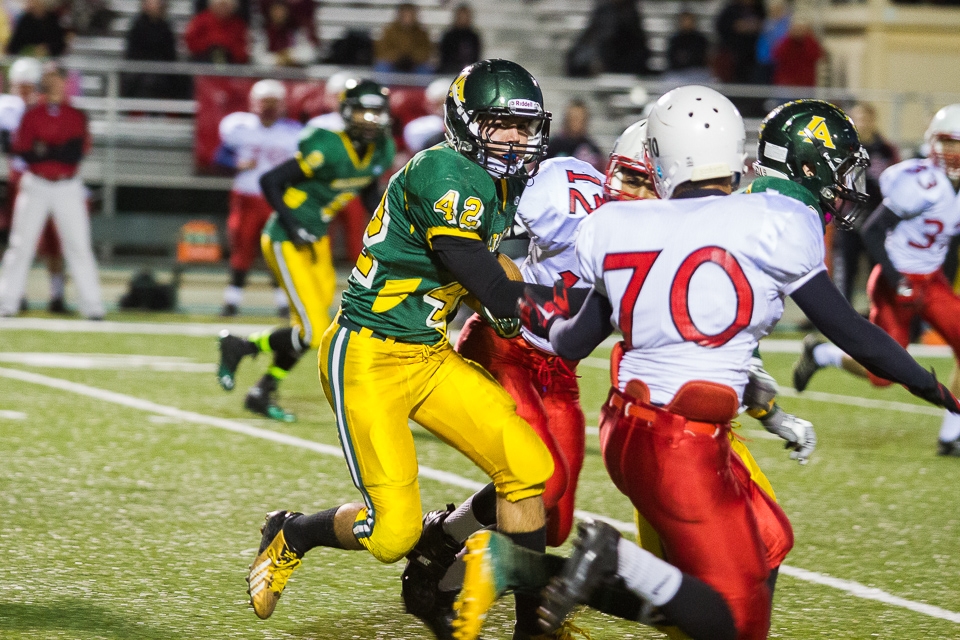 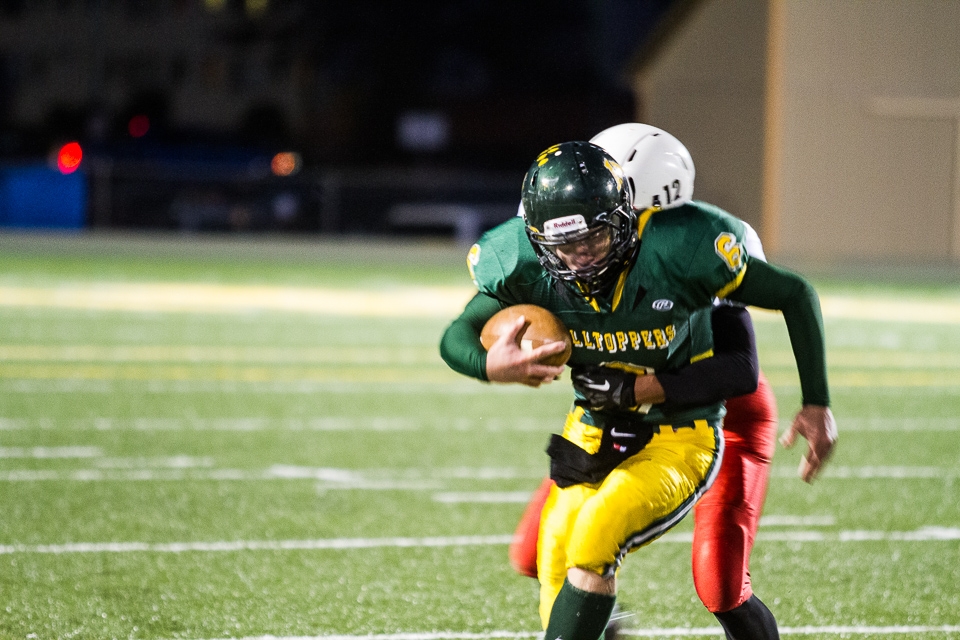 On Friday evening, the Los Alamos Hilltoppers lost their Homecoming to the Albuquerque Academy Chargers 28-13 at Sullivan Field.

LA started with a win of the toss and chose to receive the ball. LA took the kick-off and drove down the field using the FB running behind an over-powering offensive line. Unfortunately the drive came to a halt with a fumbled QB/FB exchange. Then Academy unveiled their version of the single wing offense. The Toppers were confused. The Chargers efficiently drove the ball down the field, which ended with a missed a short field goal.

The Toppers again drove the ball behind the much larger and skilled O-line. Again LA gave the ball away on an interception. The Chargers then drove the ball down the field drove and scored taking advantage of the Toppers confusion with the single wing. The first qtr ended with a 7-0 Charger lead.

Early in the second qtr, the Chargers drove the ball once again. The Topper defense held on a key fourth and inches play. The Chargers adjusted to the much bigger and stronger LA line by putting 9 players in the box. The Toppers ended two short drives with punts. After the first punt by LA, the Chargers QB dropped back for the fourth option and hit a 75-yd TD pass on the first play of the drive. The first half ended with the Chargers leading 14-0.

The Chargers made some additional adjustments during halftime to their single wing attack. This resulted in a 72-yd TD run. After the halftime break, the LA attack was tentative. The O-Line was tasked with holding the defense for more than 5 seconds and usually resulted in few if any gains and punts or turning the ball over on downs.

Academy missed another field goal after the LA defense stiffened. The Toppers were able to mount a drive after the missed FG. The Toppers were able to punch the ball in on a 1-yd QB sneak.  LA made the extra point. The third qtr ended with a 21-7 Charger lead and a significant exodus of Topper supporters. The exodus was expected as a result of the colder weather and the departure of the band.

Early in the 4th qtr, Academy mounted a 58-yd drive that ended with a FB 2-yd dive. With about 4 min left in the game, LA was able to score a TD on a 1-yd QB sneak following a short punt by Academy.

For those of you unfamiliar with the single wing offense, it was popular in the ’50’s and morphed into the triple option of the ’60’s and ‘70’s. Now the triple option is used primarily by the service academies who are hampered by size restrictions. At any rate, the single wing, when run correctly, can be confusing. With the single wing any one of 3 or 4 players can end up with the ball. The object is to obscure identification of who has the ball by bunching up the line and using multiple fakes.

The primary job of the D-line is to stop the FB dive and QB draw, which they did. LA took away the FB and QB dive, and stopped 2 plays on fourth and short. Most of the yardage was gained on end arounds, reverses and double reverses. The Topper LBs and DBs struggled with their reads and tackling. To defend the single wing, LB/DB reads are essential. The Toppers were not able to adjust and defend the single wing until the latter half of the 4th qtr.

The Offense was tentative after multiple turnovers. The O-line had to hold back the defense often for more than 5 secs on most drop back passes. The QB appeared afraid to pull the trigger on passes that should have been made considering the score. Academy usually utilized single coverage with a safety in the middle of the field to negate the power of the O-line. The safety could adjust to passes made deep since the QB has to put a lot of air under the ball. The previous year LA was able to defeat the Chargers using their strong O and D-line with the FB running through the Charger defense. Last year Academy also used a more conventional offense. 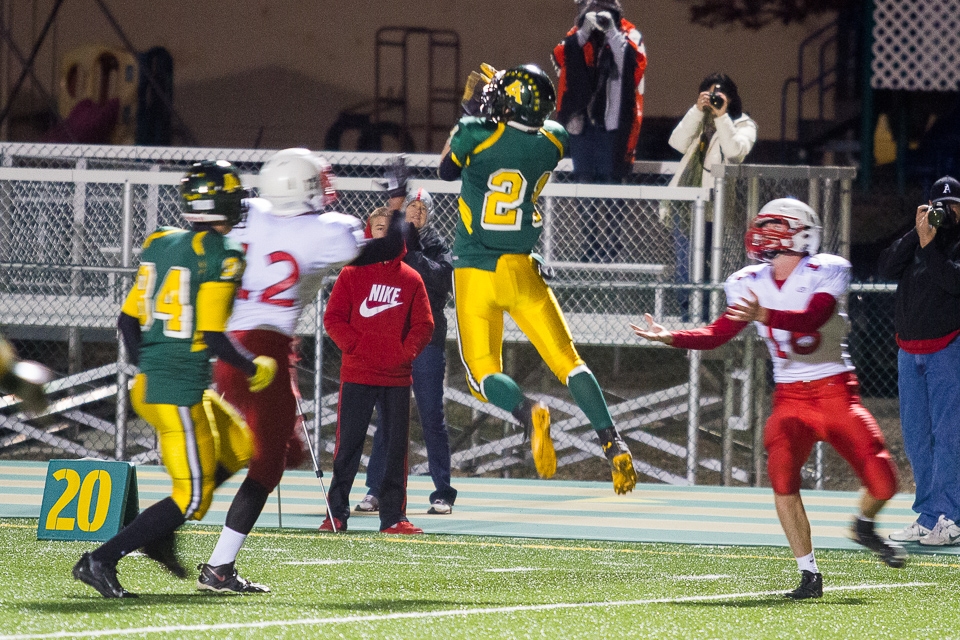 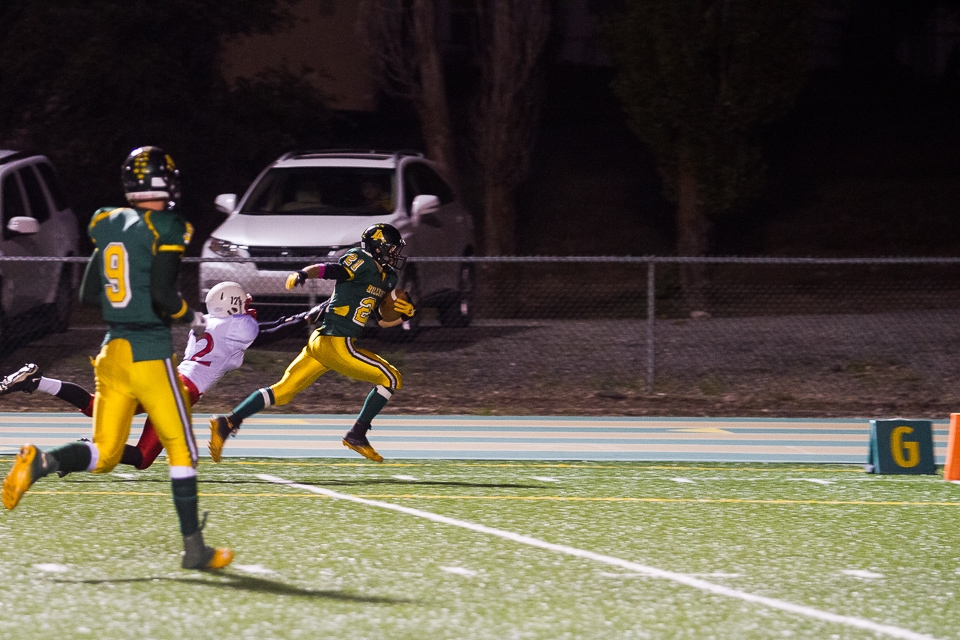