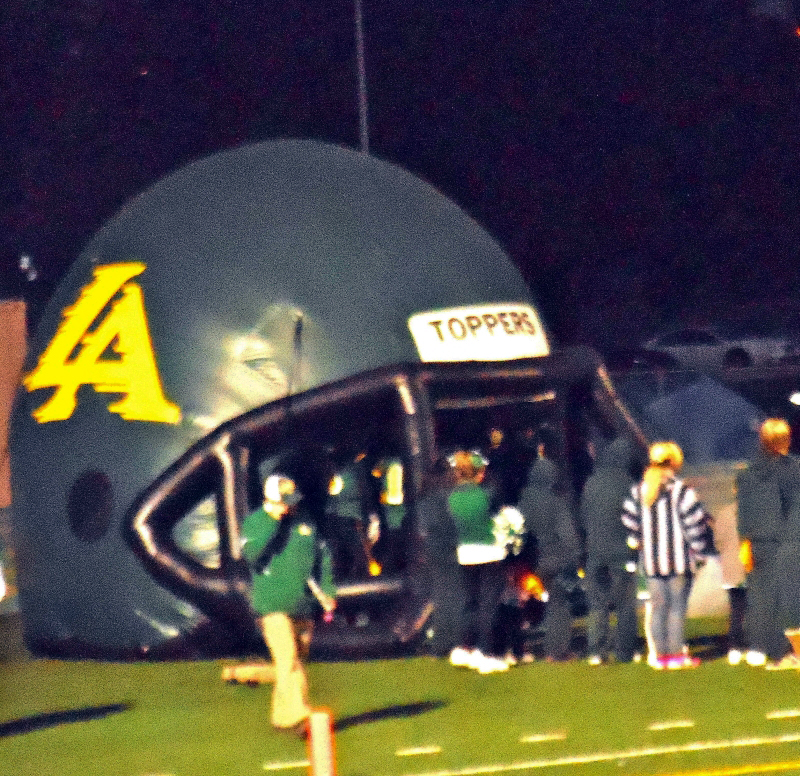 While some expected the Los Alamos Hilltoppers to roll to a win in Friday night’s game, most of the people who actually watch the games knew better. The Spartans returned many players including Junior Rolf Olguin. Olguin is likely the best QB in 2-4A.

This game turned into a heavyweight battle from start to finish. It was a nail biter right up until the last 13 seconds. LA scored a TD and kicked the extra point with about 2 minutes left in the game. Bernallio drove the ball down field efficiently using short passes and QB draws. In the end, the Spartans turned the ball over to the Topers at the 7 yd line on downs. The attendance was light and many of the few fans left at halftime. All missed a great football game 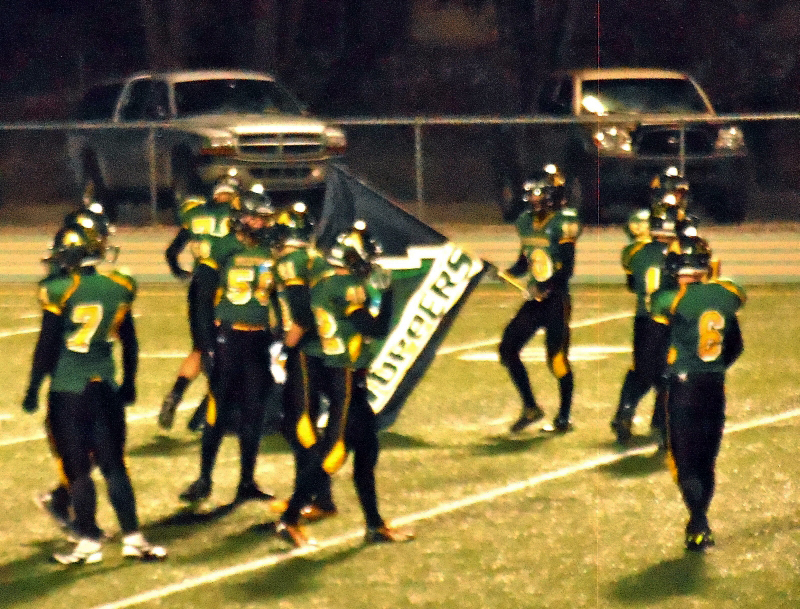 Toppers amp up for second half. Photo by Jim Owen/ladailypost.com

The Bernallio game plan was apparent from the first drive. The Spartans pounded the ball between the tackles at every opportunity. Only rarely did it result in significant yardage or a first down. On third and 5-10 yds, they were often able to convert the first down using an efficient passing game. The object being to wear down the D-Line, of which most also play on the O-line. Bernallio was overall bigger and certainly had more depth, but lacked the strength and skill of the Topper line.

The Spartans expected to take over in the second half when the Topper line should have been worn out. The LA line may have blinked, but they did not give up. The Topper line dominated both sides of the ball throughout the game, even though LA was lacking the services of Brian Geyer. Brian Geyer is the starting DE, center and place kicker. 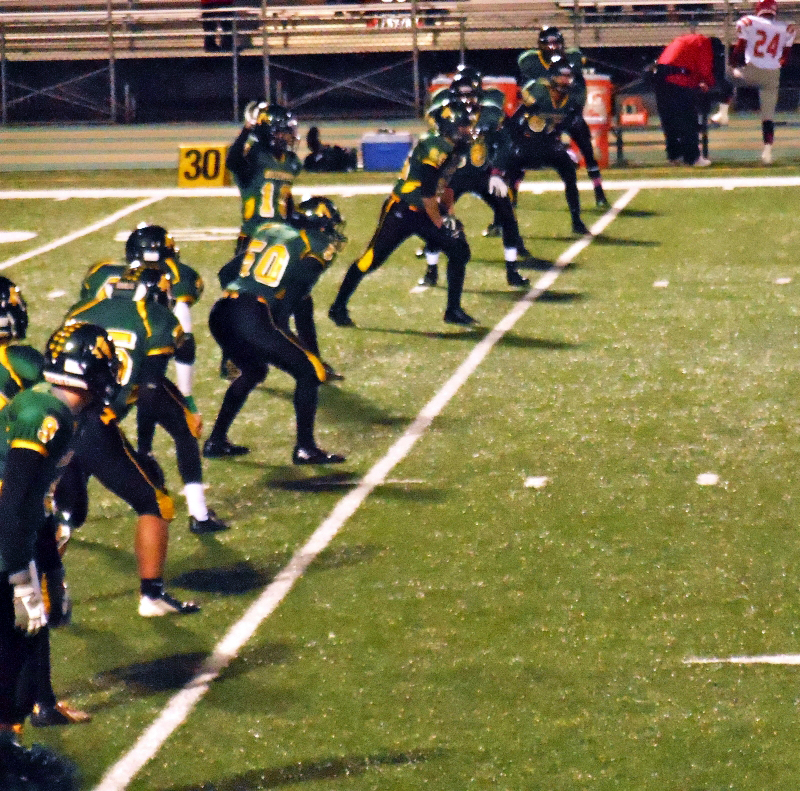 Second half kick off. Photo by Jim Owen/ladailypost.com

The Topper game plan was similar to that of the Spartans. On offense the Toppers primarily ran the ball behind their dominant line. Xavier Dennison and Sam Ortiz were able to run the ball with significant success. Zack Sturgeon replaced Geyer at center. Sam Flesner took over for Geyer at the weak side DE. Delimater took over kicking duties. The linemen deserve attention and they are led by Team Captain and Senior Peter Brewer, Senior Colin Nicklass and Juniors Jonathan Shuler, John Dermer, Sam Flesner, Zack Sturgeon, and Connor Temple.

Next week it is essential to have Geyer back, even in a limited capacity. However it does not appear that Geyer will be available to play against the Demons. The Demons have a much stronger and deeper O and D-line than Bernallio. The game will be played at Santa Fe High School next week. It should be another good game.

Editor’s note: For a blow by blow account of who scored and when, visit Hudl.com or nmpreps.com.