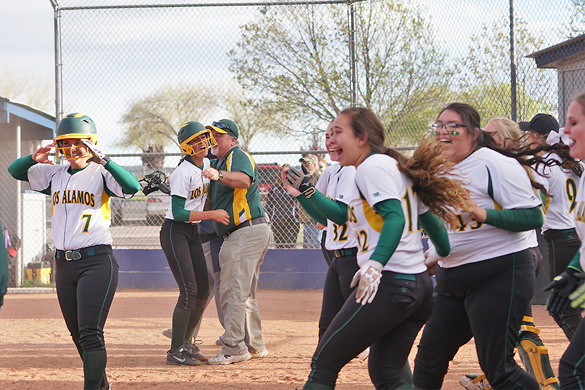 The game wining hit in the 7th inning. Alicia Gonzales hit a long ball into deep right field driving in two runs to make the score 10-9 and a win for the Toppers. Photo by John McHale/ladailypost.com 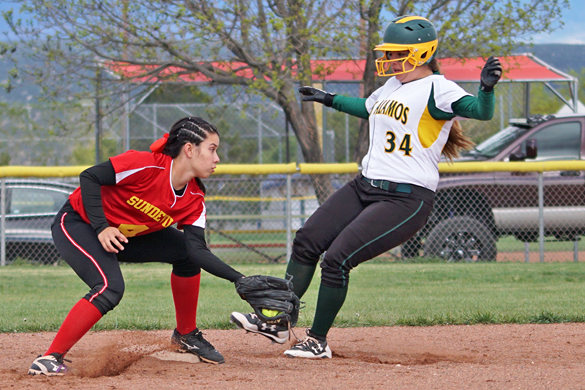 Terri Jaramillo pulls up safe ahead of the tag after hitting double in the 3rd. Photo by John McHale/ladailypost.com

White Rock — The only time the Los Alamos Softball team led in the game was when it was over. The Hilltoppers scored three times in the bottom of the 7th to walk off the Sun Devils 10-9 on the last home game of the regular season Wednesday.

With two outs in the 7th and runners on 2nd and 3rd, sophomore Alicia Gonzales drilled a triple to the left field fence allowing the winning run to score from 2nd.

“I was looking for something down the middle. I just wanted to get a base hit to send a teammate in, I didn’t know I was going to get that good of a hit,” Gonzales said after the game.

The Toppers started the game in an early 3-0 deficit and spent the remainder of the day playing catch up as Española took advantage of homeruns and Topper errors. The Sun Devils played aggressive, swinging at pitches early in the count, which shook the Toppers.

“The first couple innings they (Los Alamos) played tight. They knew it was a big game, a big day honoring our seniors before the game, a lot of emotions there,” Coach Randy Burditt said.

Los Alamos was able to settle in giving the Toppers the opportunity to pick up the district win.

“When they play together as a unit, I don’t believe anybody can beat them, if they stay focused and play hard,” Burditt added.

The Toppers now sit alone in first place in District 2-5A with a pair of games at Capital High School this Saturday to finish the regular season.

Seniors Kasia Povijua, Mariah Mayro, Shelby Milligan and Taylor Collins were honored before the game. “They’ve played as a unit and I’m very proud of these seniors. I will dearly miss them.” Coach Burditt said of his senior class.

Saturday 11 a.m. Double-Header at Capital High School in Santa Fe. Los Alamos needs to win one game to guarantee at least a share of the district championship. A sweep, or an Española loss, will give the Hilltoppers the district title outright. 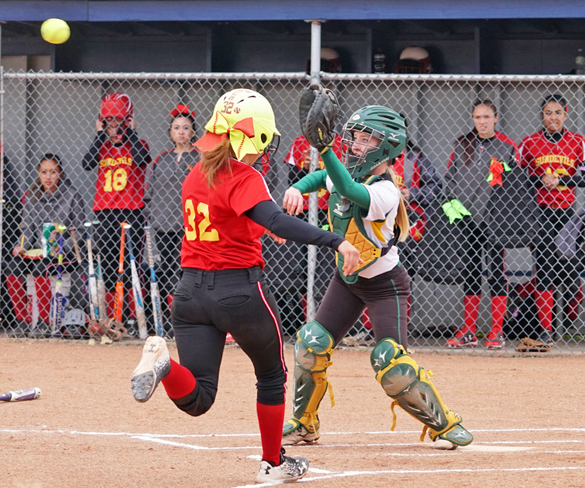 Jayde Tucker, the catcher, reaches for the throw, and then tags out the Espanola runner at home plate in the 1st inning. Photo by John McHale/ladailypost.com 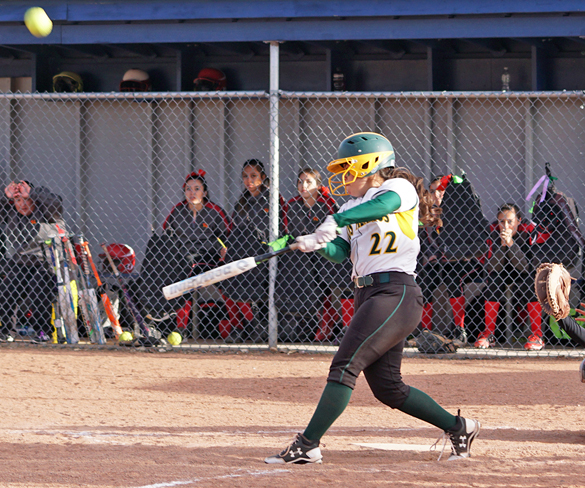 Alicia Gonzales lay’s down a hit in the 4th to advance Mariah Mauro to 2nd in  the 4th. Photo by John McHale/ladailypost.com 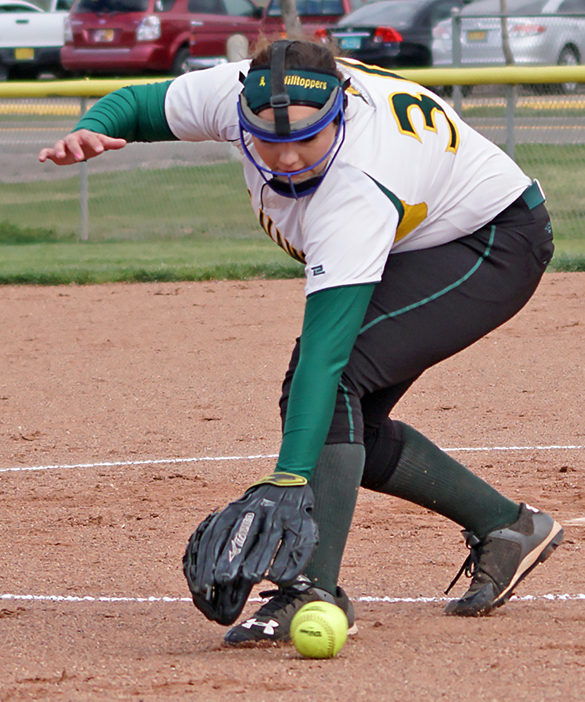 Reyna Lucero, the pitcher, fields a ground ball in the top of the 3rd inning. Photo by John McHale/ladailypost.com 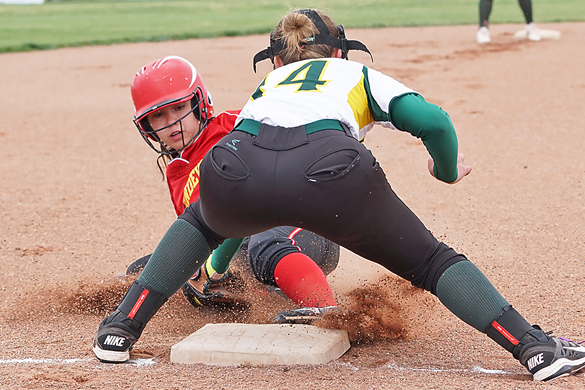 Megan Romero tags out the Espanola runner at 3rd base in the 1st inning. Photo by John McHale/ladailypost.com 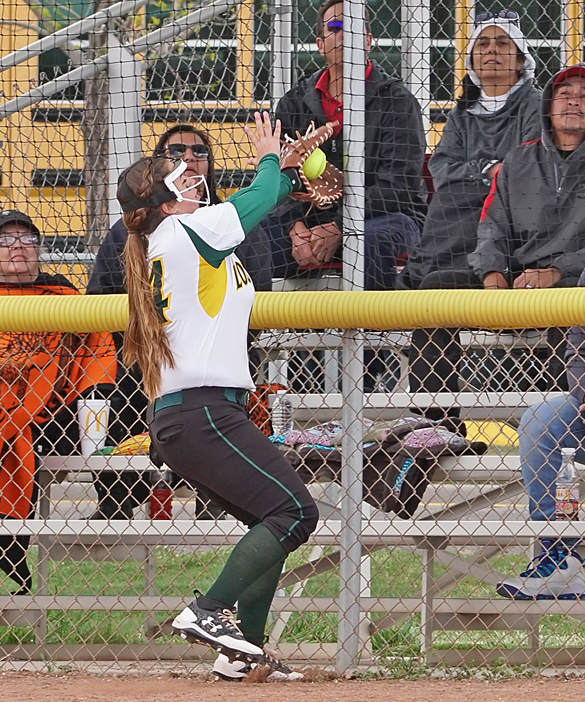 Terri Jaramillo reaches into the crowd to catch this foul ball in the 2nd inning. Photo by John McHale/ladailypost.com