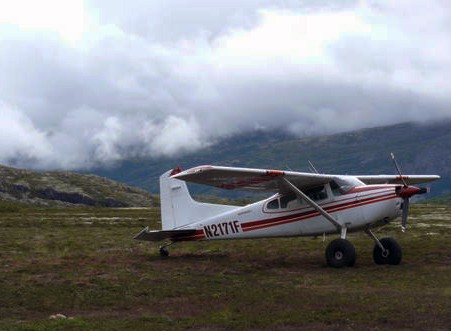 Bandelier’s Chief Ranger Tom Betts will talk Monday at Mesa Public Library about his life and times as a bush pilot in Alaska. Courtesy photo

Celebrate America’s national treasures with a talk and slide show by Bandelier National Monument’s Chief Ranger Tom Betts about his life and times as a bush pilot in Alaska 7-8:30 p.m. Monday, July 23.

This National Parks Night event is in conjunction with the current exhibit of photographs of national parks in the Mesa Public Library Art Gallery, Enchanted Parks: A Photographic Tale of Life in Our National Parks by Leslie Bucklin.

Betts began his permanent career with the NPS in 1985 as a River Ranger in Grand Canyon National Park in Arizona where he met and married his wife, Beth Betts, also a second generation Park Ranger.

From there he went to Rocky Mountain National Park in Colorado as an Area Ranger, and then moved back to Yellowstone National Park as Sub-District Ranger.

While at Yellowstone he and Beth had their two children, Dana, 21, and Drew, 19.

Betts couldn’t resist taking a job back in Alaska in Wrangell-St. Elias National Park and Preserve as a District Ranger/Pilot where he stayed for 13 years flying NPS aircraft in the incredible wilderness found there.

For the last three years, he has been at Bandelier, where coincidentally, his father-in-law worked in the mid-60’s and his wife had the wonderful experience of spending part of her youth.

Betts graduated from Oregon State University with a BS in Animal Production in 1979, and occasionally assists his brother with his veterinary practice.

Betts continues to fly for pleasure and maintains a personal airplane.

Visit www.losalamosnm.us for details and updates on this and other county and library programs and events.