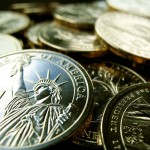 Editor’s note: This post was originally written by Elizabeth Bolton in 2015 and updated in 2017 by Senior Researcher Kevin Miller, Ph.D.

Stop us if you’ve heard this one before: There’s a pay gap between women and men, and that gap is widest on average for Latinas, black women, and Native women. In fact, American Indian and Alaska Native women are paid just 57 cents for every dollar white men are paid. For Native Hawaiian and other Pacific Islander women, that number is 59 cents.

Today, Sept. 25, 2017, marks Native women’s Equal Pay Day, the day that the wages of American Indian and Alaska Native women catch up to the money white men were paid in 2016. (It took about 21 months to white men’s 12, if you’re counting.) We also use this occasion to recognize the pay gap that Native Hawaiian and other Pacific Islander women face.

Here’s why you might not already know about this particular pay gap: Native women are a notoriously understudied group. According to AAUW’s researchers, the relatively small size of the population of Native women is at least partially responsible for the lack of information. American Indians and Alaska Natives make up just 2 percent of the U.S. population, about 5.3 million men and women. There are just 1.3 million Native people of Hawaii, Guam, Samoa, or other Pacific Islands. In contrast, there are 241 million people in the white population and 44 million in the black population. Government survey data contain less information about smaller groups.

The lack of data means that, for now, we can’t definitively say what is causing this gap, but we can hedge a few guesses. Native people face disproportionate rates of unemployment, poverty, and violence as well as limited access to education, and women tend to bear the brunt of discrimination. And yes, there’s a pay gap between Native men (who in turn have a pay gap compared with other men) and Native women.

There is some good news. Native American women are now going to college and holding jobs at higher rates than ever before, and we know that education and good jobs help increase earnings — though they don’t eliminate the wage gap. So for now, we’ll mark today, Sept. 25 and keep agitating for some real change.