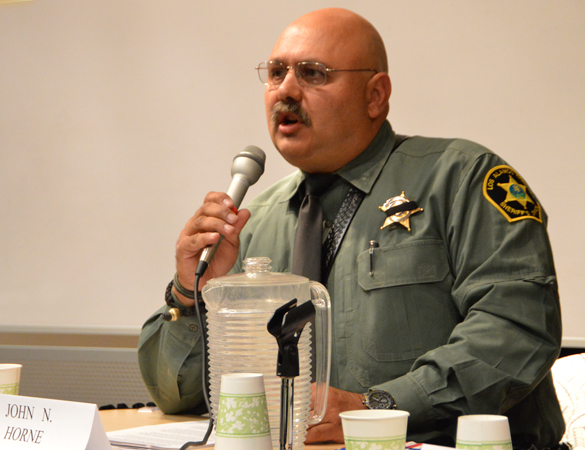 To keep or abolish the Office of the Sheriff in Los Alamos County – that is the question on the ballot in the Nov. 8 General Election and debated by John Horne, above, and Robert Gibson at the League of Women Voters Forum Thursday evening at UNM-LA. Photo by Carol A. Clark/ladailypost.com 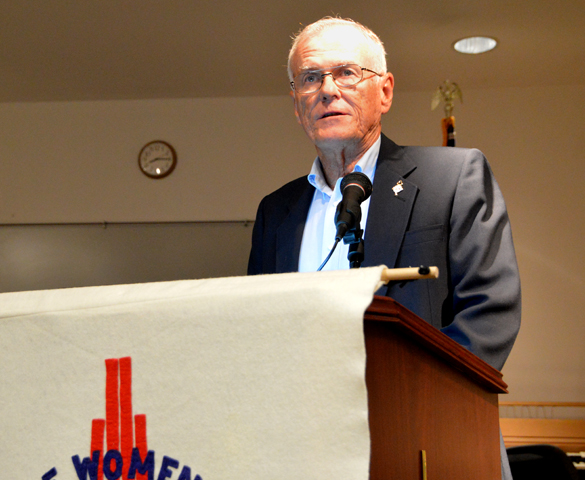 Robert Gibson argues for abolishing the Office of the Sheriff during Thursday’s League of Women Voters Forum at UNM-LA. Photo by Carol A. Clark/ladailypost.com 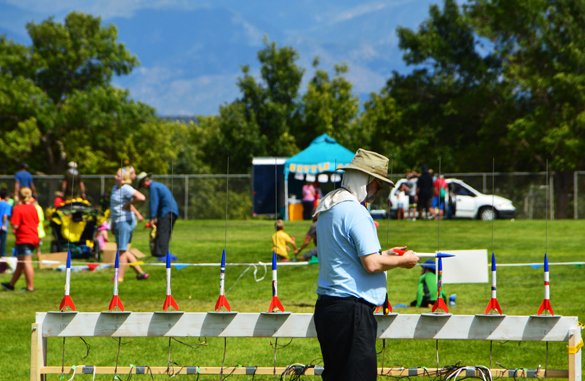 Audience members question John Horne and Robert Gibson At Thursday’s League Forum on the question of whether to abolish the Office of the Sheriff in Los Alamos County. Photo by Carol A. Clark/ladailypost.com
By BONNIE J. GORDON
Los Alamos Daily Post

A spirited debate on Question 1, the Charter Amendment to abolish the Office of Sheriff in Los Alamos County took place Thursday evening at the League of Women Voters Forum at UNM-Los Alamos. Robert Gibson spoke in favor of Question 1, while John Horne spoke in opposition.

In 1968 Los Alamos was incorporated with a County Charter. In 1975 the Charter was amended to define the roles of sheriff, police department and peace officers, saying that the sheriff should not duplicate the duties assigned to the police department.

May 24, 2016, the Los Alamos County Council voted to transfer the tasks of process service and lien enforcement (for example, serving summonses and eviction notices) from the Office of the Sheriff to the police department. The sheriff is still responsible for maintaining and publishing the Sex Offender Registry in Los Alamos County.

If a majority of the voters vote FOR the proposed charter amendment, that remaining duty will be transferred to the police department in 2019 when the term of the current sheriff ends, and the elective position of sheriff will be abolished.

Gibson opened his remarks by pointing out the unique and very broad ability of Los Alamos County to “choose how we manage our government.” The functions of the Sheriff’s Department were envisioned as civil functions, which is why no law enforcement training is required for the sheriff or his deputies, Gibson said. Reasons for abolishing the office include cost savings and possible liability caused by injuries incurred by the sheriff or his staff.

Gibson also pointed to the possibility of confusion between police and sheriff’s office roles in law enforcement situations.

“This is a chance to eliminate this confusion,” Gibson said.

Horne, dressed in his Los Alamos County sheriff’s deputy uniform, complete with side arm, said the Sheriff retains “statuary authority under state law.” A sheriff in New Mexico has powers outside County borders and ties with other sheriffs departments throughout the state. These powers cannot be transferred to the police and so would be lost to the County, he said.

“The Office of Sheriff is an essential check and balance,” Horne said. “No one can stand between you and your sheriff.”

The speakers wrestled with the knotty legal questions surrounding the abolishment of the Sheriff’s Office. Gibson said state law allows Los Alamos County to transfer the duties of the Sheriff to the police department. Horne questioned whether maintenance of the Sex Offender Registry, which is granted to the Sheriff’s Office under the state constitution, could legally be transferred to the police department. “Home rule cannot be used to nullify state law,” Horne said.

“When people try to take your power from you, you should be wary,” Horne concluded.

In his closing remarks, Gibson drove home the point that Sheriff’s Office personnel “are not required to be trained or certified as law enforcement officers,” even though the current Sheriff is so trained. 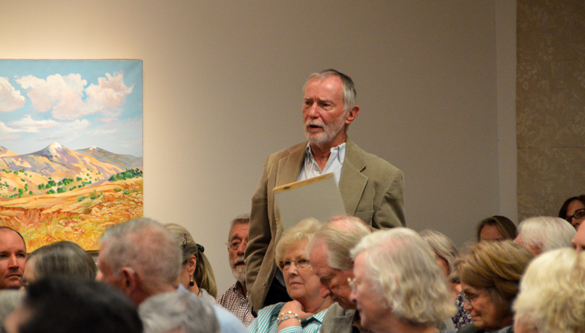 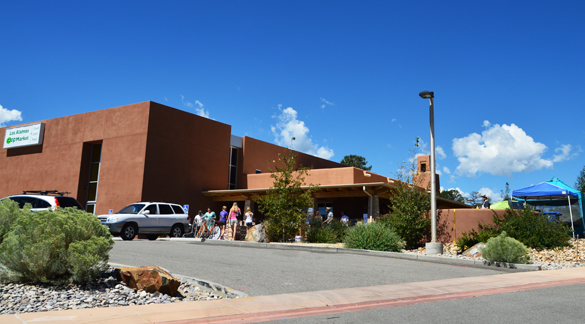 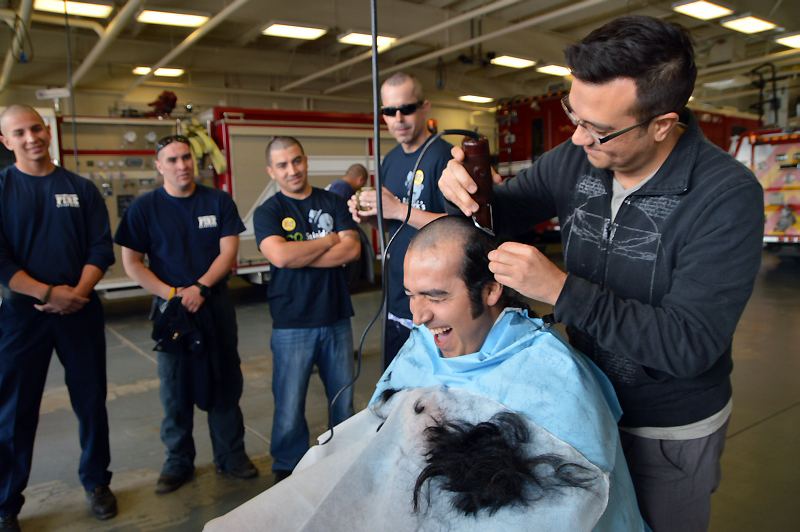