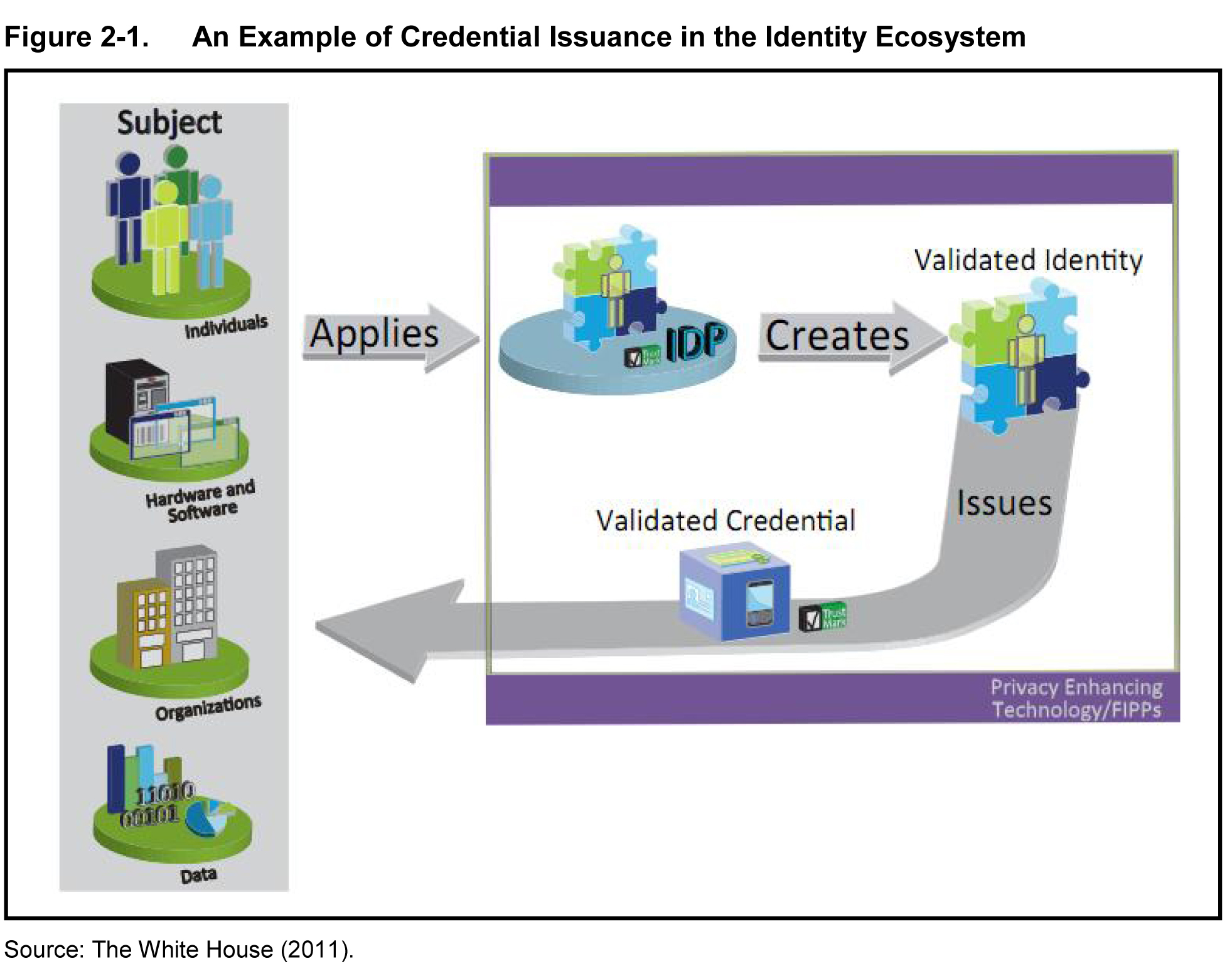 The National Strategy for Trusted Identities in Cyberspace (NSTIC) envisions an “Identity Ecosystem” in which organizations and individuals may leverage trusted identities for access to services on the Internet. Shifting the paradigm of each organization deploying and maintaining its own stove-piped user account management system, organizations may instead deploy solutions that accept trusted credentials issued by third parties, resulting in significant time and cost savings. A key component of the NSTIC mission is to advance this vision in U.S. government.

The U.S. government, like any large organization, is increasingly looking to deploy services online to both improve customer service and reduce costs. High risk or sensitive services require that government web sites verify the identity of the individual or organization accessing the service while ensuring the transaction remains private and is secure. Traditionally, this was achieved by deploying proprietary solutions on an agency-by-agency basis, with a predictable duplication of effort across government at significant additional cost to the taxpayer.

To develop a better understanding of how the NSTIC approach can improve government efficiency and ease-of-use, NIST, in partnership with the Internal Revenue Service (IRS), commissioned a study to estimate the benefits and costs of a deploying a proprietary identity management system and an NSTIC-aligned system within the IRS and compare those benefits and costs to current operations. Even without considering any reduction in fraud from improved authentication of taxpayers, the adoption of improved online identity management would result in a net benefit of $74 million to $305 million annually, relative to continuing current operations. Savings would move to the higher end of the range as taxpayer adoption increased.

For the IRS, this study presents a real opportunity to reduce service-related costs (like the $1 billion the IRS spent in 2012 communicating with taxpayers on paper and by telephone) if many of the services provided by the IRS shift online and more citizens use existing online services.

For other agencies, the potential for significant cost savings through service improvements is just as real. The value of the NSTIC to the IRS and many other agencies is that it would enable more transactions online that are currently being performed through more costly and inefficient means of interaction.

If one imagines the multiplying effect of all Federal agencies accepting trusted third party credentials rather than deploying proprietary schemes – as envisioned by the proposed Federal Cloud Credential Exchange (FCCX), another NSTIC-inspired initiative –the potential for even greater government cost savings becomes clear.

Many companies and other entities are already reaping the benefits of deploying federated identity systems. Many have joined the Identity Ecosystem Steering Group (IDESG) to create a framework to enable large-scale adoption, multiplying these benefits. The U.S. government believes this privately-led IDESG can drive the realization of the NSTIC vision across both government and the private sector, with the benefits enjoyed by all participating organizations. Moreover, the individual user will reap the greatest benefit by enjoying greater convenience, enhanced privacy, and improved security.