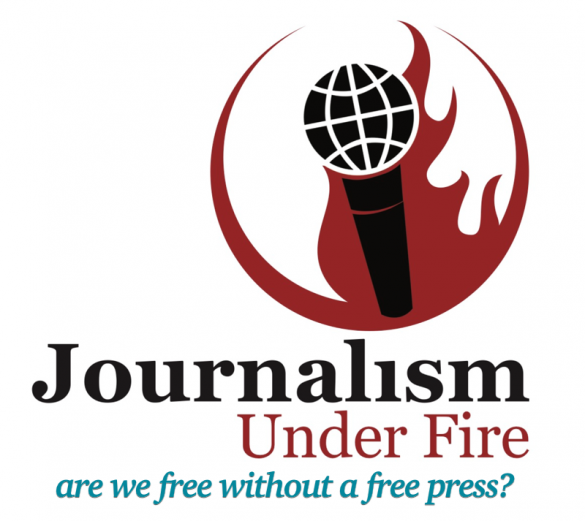 Featured world-class speakers, investigative journalists, photojournalists and political cartoonists from around the world will address fake news, persecution and freedom of the press.

Journalism Under Fire will present outstanding speakers and 50 journalists from around the world here to explore press freedoms and the turbulent dynamics of today’s media. Alongside cutting-edge intellectual dialogue will be prominent exhibits of photographs (exploring 40 years of the US-Mexico border), political cartoons, advocacy campaigns, a virtual reality simulation, a fully-featured Student Newsroom, music, film, and food.

With the incomparable Santa Fe as backdrop, Journalism Under Fire will create unique learning and networking opportunities among extraordinary journalists, thought leaders, students, and the engaged public.

Over three days, the conference will address the following major themes:

TICKETS: Tickets are on sale now. We have created multiple tickets for the event, including reduced Coffee-Only Tickets and special subsidized tickets for journalists and students.

For more information on registering for the conference, go to the Council’s website at www.sfcir.org or telephone the office at 505.982.4931.

The Santa Fe Council on International Relations is a non-partisan, 501c(3) non-profit educational resource dedicated to the stimulation of dialogue about current foreign affairs issues that affect the United States. One of more than 100 nationwide affiliates of Global Ties U.S. and a member of the World Affairs Councils of America the organization facilitates cultural and educational exchanges between U.S. and foreign peers, sponsors lectures by recognized experts, arranges world affairs discussions, and organizes educational trips abroad. For more information, visit www.sfcir.org