This Friday we are opening Hunger Games, Mockingjay, Part 2 and The Night Before. Spectre and The Peanut Movie will hold for another week. The Good Dinosaur will open on Wed, Nov. 25 and will replace Peanuts, which ends Nov. 24. 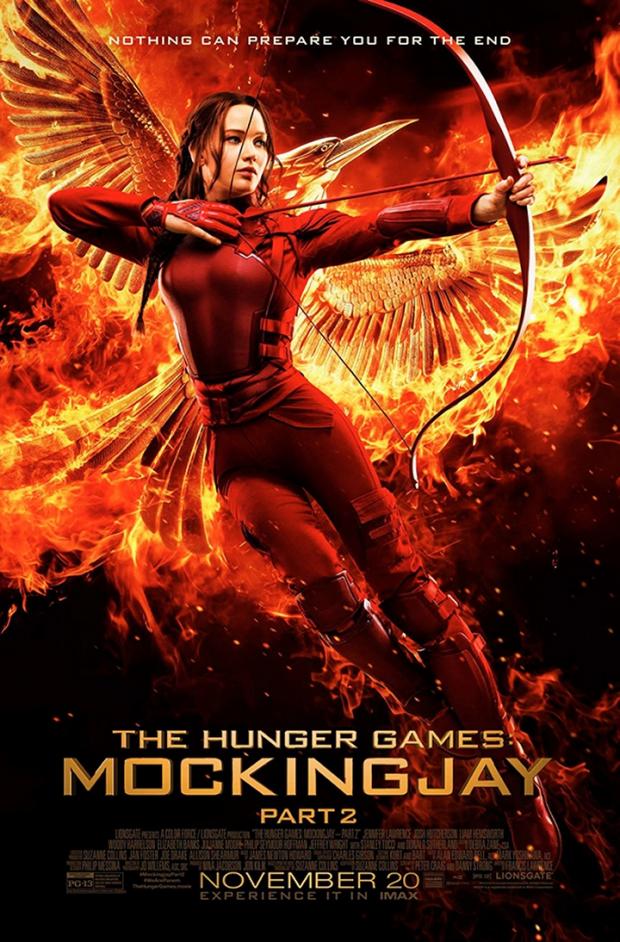 The Hunger Games: Mockingjay Part II: As the war of Panem escalates to the destruction of other districts by the Capitol, Katniss Everdeen, the reluctant leader of the rebellion, must bring together an army against President Snow, while all she holds dear hangs in the balance. Director: Francis Lawrence Writers: Peter Craig (screenplay), Danny Strong (screenplay),  Stars: Jennifer Lawrence, Josh Hutcherson, Liam Hemsworth ~IMDB 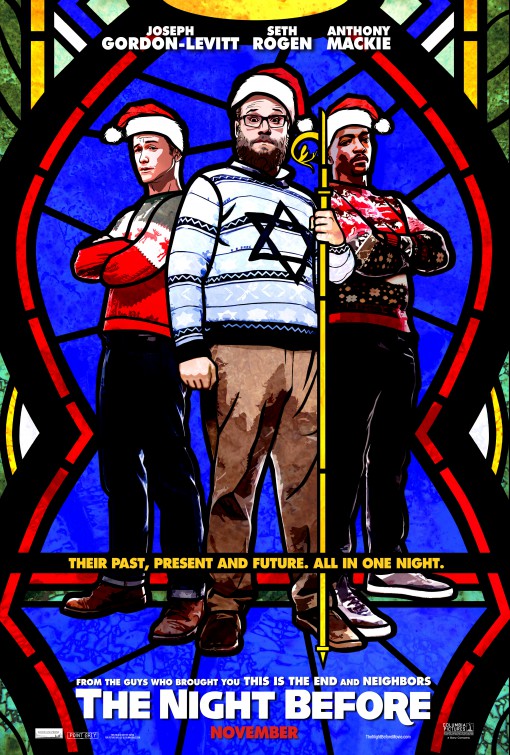 Movie poster for ‘The Night Before.’ Courtesy Real Deal Theater

The Night Before: For 14 years, Ethan (Joseph Gordon-Levitt), Isaac (Seth Rogen) and Chris (Anthony Mackie) have spent Christmas Eve getting together for an all night party. Due to the death of Ethan’s parents that night, his two friends have done everything they can to keep their friend’s spirits up. After all this time, Isaac and Chris feel like it should be the end of the tradition. Chris is enjoying popularity as a football player, while Isaac is just about to become a father for the first time. Ethan thinks they can keep going, and when he finds tickets to the mythical Nutcracka Ball, a secret party that takes place every year, he prepares to take his friends out for a true night to remember.

Basically, if you’ve ever seen any film starring Seth Rogen, you know what you’re going to get with The Night Before. The real surprise is just how insanely funny this film actually is, especially when it comes to Rogen’s role. If you took the apocalypse out of This is the End, you would pretty much have this movie, except here things are even more hilarious.

Rogen is actually so funny in the movie that you’ll find yourself disappointed with every moment he’s not onscreen. It’s not that the rest of the film doesn’t work, it’s just that everything else isn’t really trying to be as funny. Gordon-Levitt and Mackie wind up in roles which require a more serious touch. Mackie’s Chris is dealing with fame in the wrong way, and Gordon-Levitt’s Ethan spends his time pining for his ex-girlfriend. We can see where these characters are going to wind up, and while it absolutely works and adds that emotional touch, they are also overwhelmed by how hilarious Rogen’s character is.

Armed with a box of every drug you could think of from his wife Betsy (Jillian Bell), who wants him to enjoy this final night out, Isaac spends almost the entire movie in some drunken or drugged up state. It is absolutely hilarious and I laughed until I cried more than once. Every moment Rogen is onscreen is brilliant and he can only be matched by a few funny cameos and some brief scenes with Michael Shannon as a drug dealer named Mr. Green. Shannon comes the closest to meeting Rogen’s comedy, playing his role with an intense calm that is both unsettling and humorous.

The end result is a bit mismatched, as the more serious parts tend to stick out a little bit more when they come after scenes where you’ll nearly pee yourself laughing so hard, but the overall effect is entertaining. If you enjoy the kind of drug and sex fueled comedies that Rogen typically stars in, you’re going to love The Night Before. It’s easily his most entertaining comedy, and a much needed addition to the adult oriented Christmas movie market.

Is The Night Before worth watching?

I can’t wait to watch it again. This is the funniest film I’ve watched in years, and it’s probably the funniest movie I’ve ever seen. Rogen is absolutely gut-bustingly funny and you’ll frequently find it hard to breathe from laughing so hard at his scenes. It’s worth it just for those moments alone. ~The Film Reel [Will Brownridge] 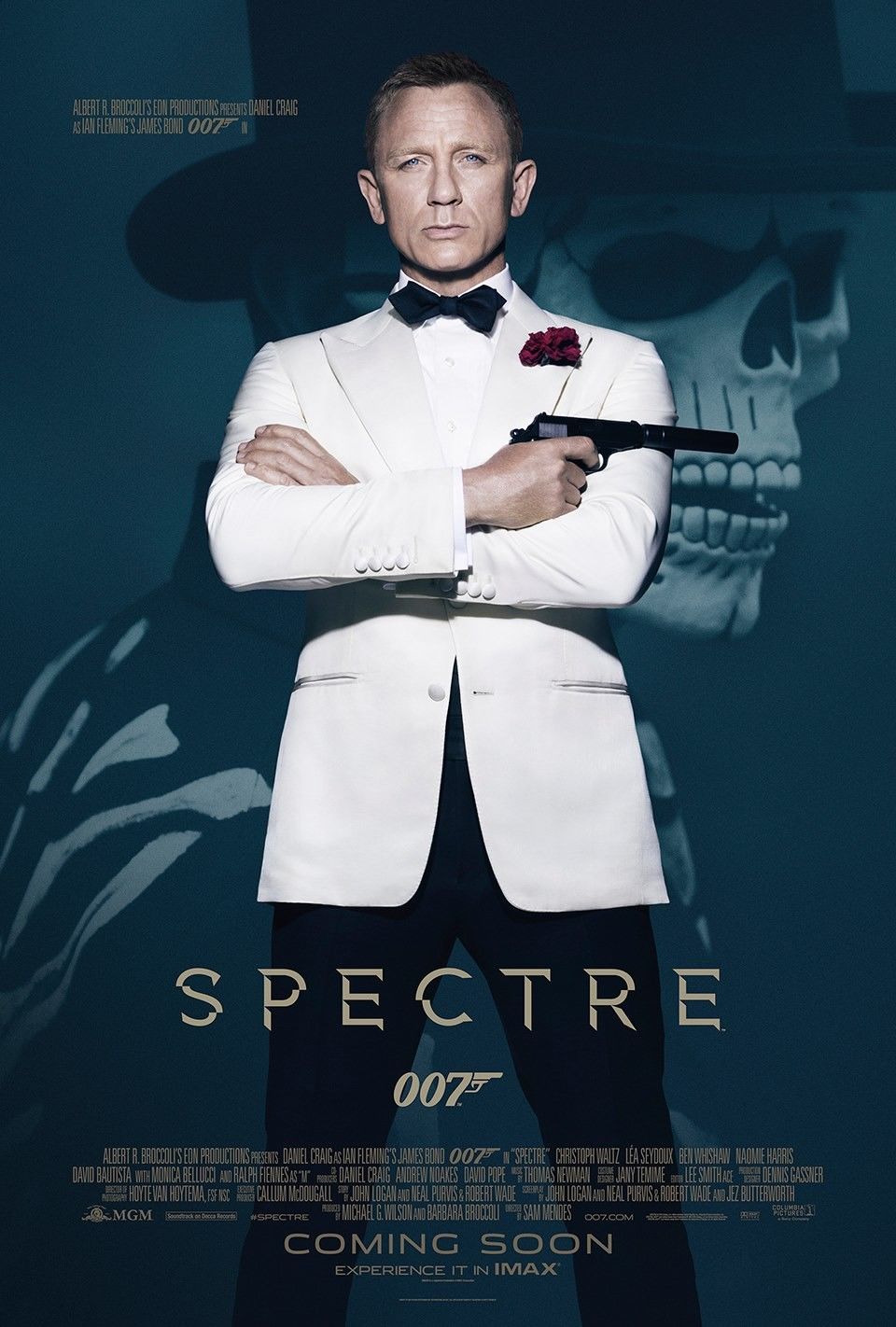 Spectre: A cryptic message from Bond’s past sends him on a trail to uncover a sinister organization. While M battles political forces to keep the secret service alive, Bond peels back the layers of deceit to reveal the terrible truth behind Spectre. 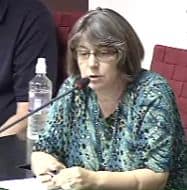 The Peanuts Movie: Charlie Brown, Snoopy, Lucy, Linus and the rest of the beloved “Peanuts” gang make their big-screen debut, like they’ve never been seen before, in state of the art 3D animation. Charlie Brown, the world’s most beloved underdog, embarks upon an epic and heroic quest, while his best pal, the lovable beagle Snoopy, takes to the skies to pursue his arch-nemesis, the Red Baron. From the imagination of Charles M. Schulz and the creators of the ICE AGE films, The Peanuts Movie will prove that every underdog has his day. (C) Fox 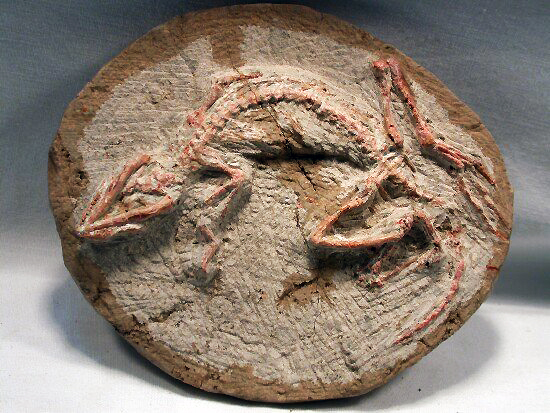 The Good Dinosaur: “The Good Dinosaur” asks the question: What if the asteroid that forever changed life on Earth missed the planet completely and giant dinosaurs never became extinct? Pixar Animation Studios takes you on an epic journey into the world of dinosaurs. RT

Coming attractions: In The Heart of the Sea, Star Wars: Episode VII- The Force Awakens.