Summer at the Movies” sponsored by Los Alamos National Bank continues on Mon, Wed, & Fri. at 10am. Doors open at 9:30 am so be sure to come early as these free movies have filled to capacity in the past. Film titles are listed at the bottom of this newsletter.

Last weekend, Jurassic World shattered the box office record for the largest global opening in Movie history. I saw it Friday and it exceeded all my expectations. I enjoyed it as much as the original Jurassic Park. Hope to see you at the Reel Deal!

This Friday we are opening Inside Out (100% favorable reviews) and Insidious 3. Spy and Jurassic World will hold for one more week. San Andreas, Entourage, and Ex Machina will end this Thursday. Max will open June 26.

Insidious, Chapter 3: The new chapter in the terrifying horror series is written and directed by franchise co-creator Leigh Whannell. This chilling prequel, set before the haunting of the Lambert family, reveals how gifted psychic Elise Rainier (Lin Shaye) reluctantly agrees to use her ability to contact the dead in order to help a teenage girl (Stefanie Scott) who has been targeted by a dangerous supernatural entity. (C) Focus PG-13/ Runtime 1:37 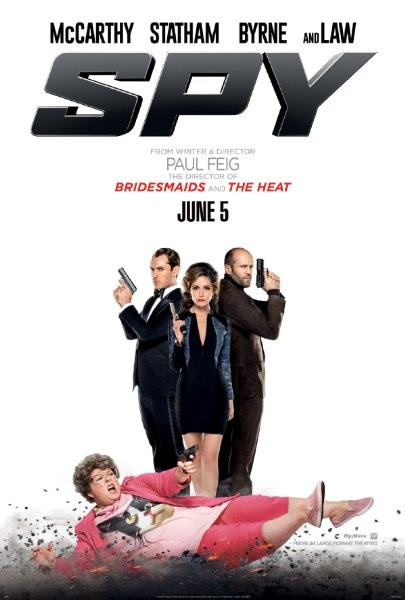 SPY: Susan Cooper (Melissa McCarthy) is an unassuming, deskbound CIA analyst, and the unsung hero behind the Agency’s most dangerous missions. But when her partner (Jude Law) falls off the grid and another top agent (Jason Statham) is compromised, she volunteers to go deep undercover to infiltrate the world of a deadly arms dealer, and prevent a global disaster. (C) Fox / R (for language throughout, violence, and some sexual content including brief graphic nudity. Genre-Drama, Mystery & Suspence, Science Fiction & Fantasy.