This Friday we are opening Pitch Perfect 2 and Mad Max: Fury Road. Avengers: Age of Ultron is holding for another week along with Hot Pursuit. The Water Diviner and Monkey Kingdom are ending this Thursday. 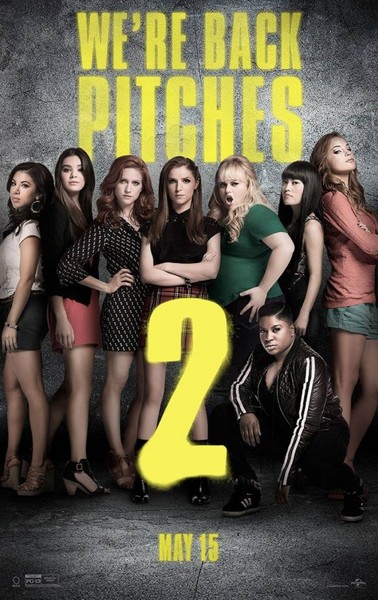 Pitch Perfect 2: Reprising the kind of musical performances, campus hi-jinks, stinging humor and sassy sisterhood put in place by its eminently likable predecessor; Pitch, Perfect 2 remixes the elements and comes up with something even slicker and sharper.  ~Leslie Felperin, Hollywood Reporter

Fury Road not only captures the same Molotov-cocktail craziness of Miller’s masterpiece, 1981’s The Road Warrior-it’s also a surprisingly hyper-caffeinated film for a director in his fifth decade behind the camera. ~Chris Nashawaty Entertainment Weekly

Hot Pursuit– An uptight and by-the-book cop (Reese Witherspoon) tries to protect the sexy and outgoing widow (Sofia Vergara) of a drug boss as they race through Texas, pursued by crooked cops and murderous gunmen. — (C) New Line