This Friday we are opening The Theory of Everything and Exodus. Penguins of Madagascar, and Hunger Games: Mockingjay: Part 1 will hold for another week. Birdman and Horrible Bosses 2 will end this Thursday.

I saw Birdman last night and it probably is in my top three favorite films so far this year. This film is one you want to see on the big screen as it is set within the vestiges of the rambling old St. James Theater (est. 1927) in New York City which in its youth premiered the likes of Oklahoma, The King and I, and Hello Dolly. It really sets the stage for this quirky, hilarious, dark comedy that has very fine acting. It is getting the Oscar buzz already. Come and see it soon if you can as It will end this Thursday along with Horrible Bosses 2.

By the way, I know Wild has opened in a few theaters already but we are confirmed and booked to show it at the Reel Deal for Christmas so I hope you can wait to see it on the hill. 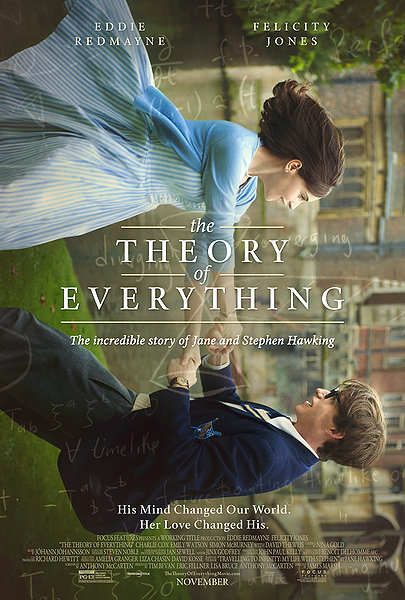 The Theory of Everything: Starring Eddie Redmayne (“Les Misérables”) and Felicity Jones (“The Amazing Spider-Man 2”), this is the extraordinary story of one of the world’s greatest living minds, the renowned astrophysicist Stephen Hawking, who falls deeply in love with fellow Cambridge student Jane Wilde. Once a healthy, active young man, Hawking received an earth-shattering diagnosis at 21 years of age. With Jane fighting tirelessly by his side, Stephen embarks on his most ambitious scientific work, studying the very thing he now has precious little of – time. Together, they defy impossible odds, breaking new ground in medicine and science, and achieving more than they could ever have dreamed. The film is based on the memoir Travelling to Infinity: My Life with Stephen, by Jane Hawking, and is directed by Academy Award winner James Marsh (“Man on Wire”). (c) Focus 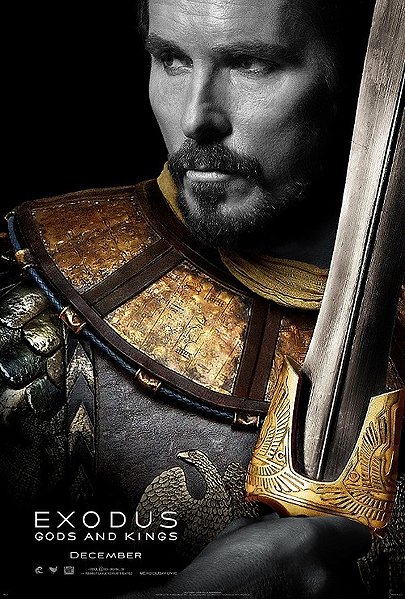 Movie poster for ‘Exodus’ Courtesy of the Reel Deal Theater

Exodus: From acclaimed director Ridley Scott (Gladiator, Prometheus) comes the epic adventure “Exodus: Gods and Kings,” the story of one man’s daring courage to take on the might of an empire. Using state of the art visual effects and 3D immersion, Scott brings new life to the story of the defiant leader Moses (Christian Bale) as he rises up against the Egyptian Pharaoh Ramses (Joel Edgerton), setting 600,000 slaves on a monumental journey of escape from Egypt and its terrifying cycle of deadly plagues. (c) Fox

Coming attractions include Night at the Museum: Secret of the Tomb, The Hobbit, The Interview, Into the Woods, Unbroken, American Sniper, The Homesman, and Wild (based on the book by Cheryl Strayed.)