Reel Deal Tuesday’s are back! All movies, all day Tuesday, are only $6.50! Holidays, winter and summer break excluded.

This Friday we are opening Big Hero 6 and Interstellar.  We will hold Nightcrawler, and Book of Life for another week. John Wick and Fury will end this Thursday.

We managed to get a print of both Big Hero 6 and Interstellar for this weekend. That’s a great thing as these are the first of the big holiday films and are both getting good reviews. Interstellar is almost 3 hours long so this would be a good time to look at the app Run Pee which will tell you the best time during the movie to run to the restrooms.

We will also be open for matinees on Veterans Day which falls on a Tuesday. 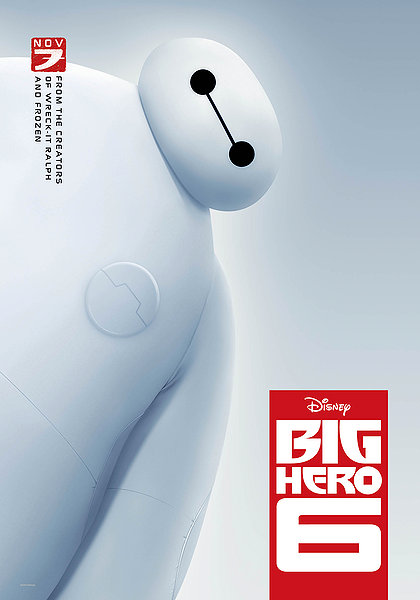 Big Hero 6 With all the heart and humor audiences expect from Walt Disney Animation Studios, “Big Hero 6” is an action-packed comedy-adventure about robotics prodigy Hiro Hamada, who learns to harness his genius-thanks to his brilliant brother Tadashi and their like-minded friends: adrenaline junkie Go Go Tamago, neatnik Wasabi, chemistry whiz Honey Lemon and fanboy Fred. When a devastating turn of events catapults them into the midst of a dangerous plot unfolding in the streets of San Fransokyo, Hiro turns to his closest companion-a robot named Baymax-and transforms the group into a band of high-tech heroes determined to solve the mystery. (C) Disney 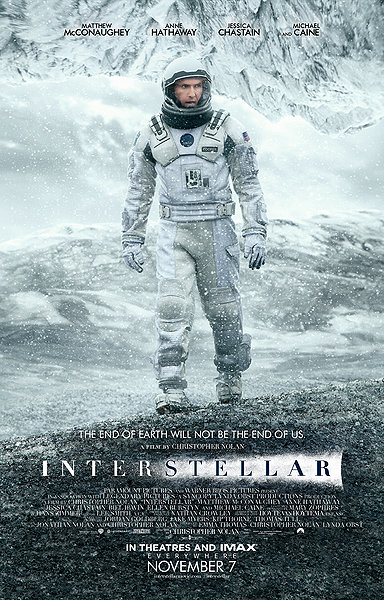 Interstellar In the near future Earth has been devastated by drought and famine, causing a scarcity in food and extreme changes in climate. When humanity is facing extinction, a mysterious rip in the space-time continuum is discovered, giving mankind the opportunity to widen their lifespan. A group of explorers must travel beyond our solar system in search of a planet that can sustain life. The crew of the Endurance are required to think bigger and go further than any human in history as they embark on an interstellar voyage, into the unknown. However, through the wormhole, one hour is the equivalent of seven years back on Earth, so the mission won’t work if the people on Earth are dead by the time they pull it off. And Coop, the pilot of the Endurance, must decide between seeing his children again and the future of the human race. Written by Warren D’Souza

Coming attractions include, Birdman, St Vincent, Horrible Bosses 2, Dumb and Dumber To, The Penguins of Madagascar, Night at the Museum: Secret of the Tomb, Hunger Games: Mockingjay Part 1, The Hobbit , Into the Woods, and Wild (based on the book by Cheryl Strayed.)