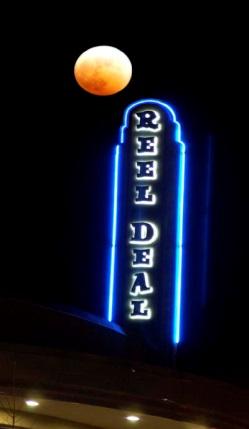 This week we are opening Bears, Draft Day, and The Amazing Spider Man 2. We will hold The Other Women for another week. Rio 2, Captain America and Transcendence end this Thursday.

The Amazing Spider Man 2: We’ve always known that Spider-Man’s most important battle has been within himself: the struggle between the ordinary obligations of Peter Parker and the extraordinary responsibilities of Spider-Man. But in The Amazing Spider-Man 2, Peter Parker finds that a greater conflict lies ahead. It’s great to be Spider-Man (Andrew Garfield). For Peter Parker, there’s no feeling quite like swinging between skyscrapers, embracing being the hero, and spending time with Gwen (Emma Stone). But being Spider-Man comes at a price: only Spider-Man can protect his fellow New Yorkers from the formidable villains that threaten the city. With the emergence of Electro (Jamie Foxx), Peter must confront a foe far more powerful than he. And as his old friend, Harry Osborn (Dane DeHaan), returns, Peter comes to realize that all of his enemies have one thing in common: OsCorp. (c) Columbia

Bears:In an epic story of breathtaking scale, Disneynature’s new True Life Adventure “Bears” showcases a year in the life of a bear family as two impressionable young cubs are taught life’s most important lessons. Set against a majestic Alaskan backdrop teeming with life, their journey begins as winter comes to an end and the bears emerge from hibernation to face the bitter cold. The world outside is exciting-but risky-as the cubs’ playful descent down the mountain carries with it a looming threat of avalanches. As the season changes from spring to summer, the brown bears must work hard to find food-ultimately feasting at a plentiful salmon run-while staying safe from rival male bears and predators, including an ever-present wolf pack. “Bears” captures the fast-moving action and suspense of life in one of the planet’s last great wildernesses-Alaska! Directed by Alastair Fothergill (“Earth,” “African Cats” and “Chimpanzee”) and Keith Scholey (“African Cats”), “Bears” arrives in theaters April 18, 2014, to celebrate Earth Day.(c) Disney

Note for Bears: This Saturday in conjunction with PEEC’s Earth Day celebration, we will be giving out free children’s combos for the 4 p.m. showing of Bears.

Draft Day: On the day of the NFL Draft, general manager Sonny Weaver (Costner) has the opportunity to save football in Cleveland when he trades for the number one pick. He must quickly decide what he’s willing to sacrifice in pursuit of perfection as the lines between his personal and professional life become blurred on a life-changing day for a few hundred young men with dreams of playing in the NFL. (c) Lionsgate

Jim Wilson of 50-1 finally called me back. He and his team had been out of town on the road promoting their film. We agreed that since it had been shown in Espanola and Santa Fe for four week runs, it may not be a good idea to bring it here right now. However, we will bring it to the Reel Deal in conjunction with our own Los Alamos Fair and Rodeo in August and work in some nice packages. I’ll keep you posted.