‘The Viewing Room’ Is Funny Enough To Wake The Dead 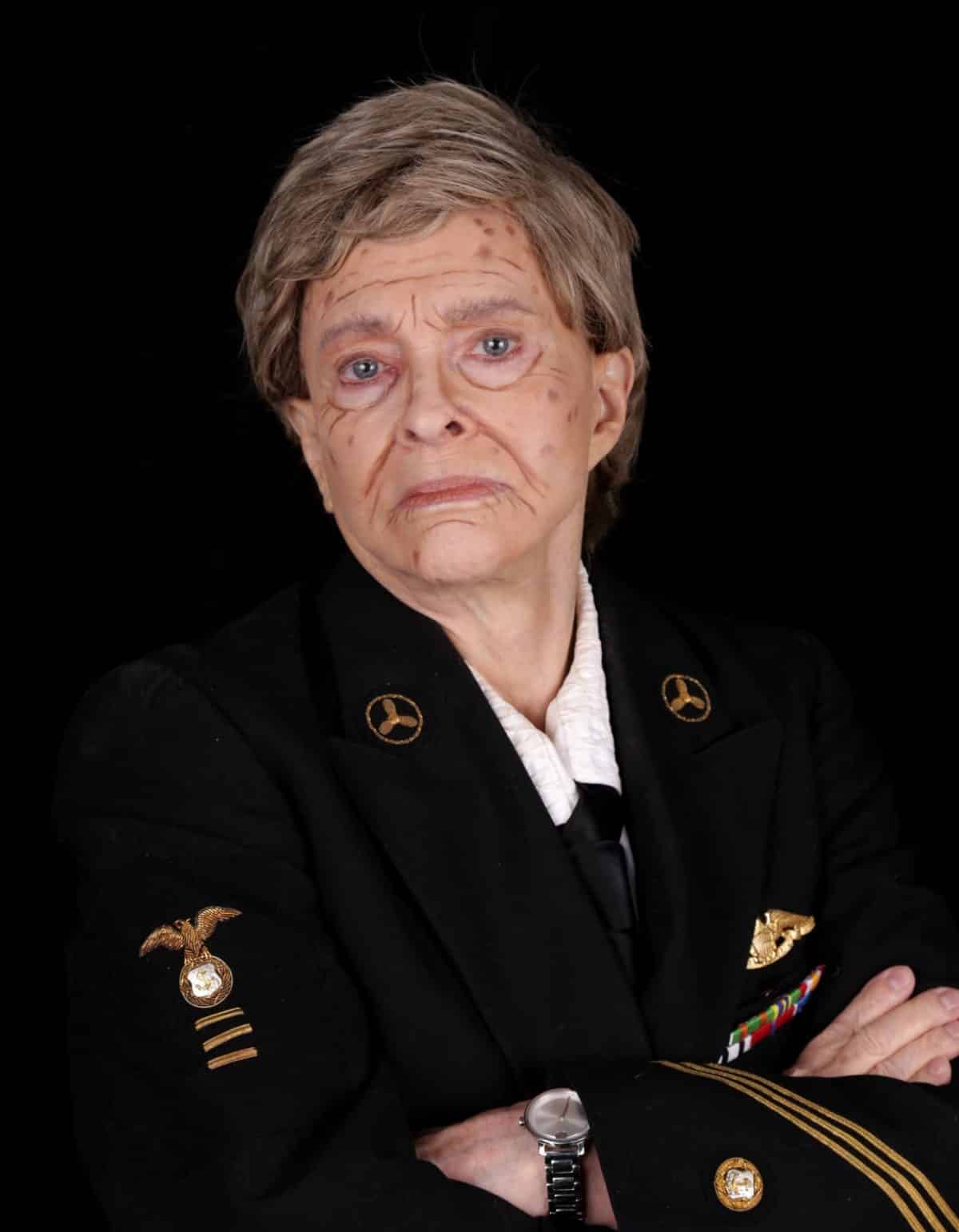 Pat Beck as Chester Dumbrosky in ‘The Viewing Room’. The play continues through March 26. Photo by Zach Bake

“The Viewing Room” is about second chances, and about forgiving the imperfect people we love anyway. The two-act play by Mark Smith takes place at a family wake for patriarch Chester Dumbrosky.

The show opened March 11. It will be performed 7:30 p.m. Fridays and Saturdays through March 26, with a matinee at 2 p.m. March 20, at the Los Alamos Little Theatre’s Performing Arts Center, 1670 Nectar St.

Admission is $18 general admission and $15 for seniors and students. Purchase tickets at the door (cash, check, or card). Tickets also are available pre-sale at Boomerang Consignment and Retail (cash or check only).

The role of Chester is a tour de force for Los Alamos actress Pat Beck. Not only is she playing a man, but she’s also playing a dead man. Chester has been sent back to earth to make amends to his family for years of neglect and temper tantrums. He’s been so closed off, his children and even his wife are not sure they know him at all.

Beck captures what made Chester so difficult to live with, but also helps the audience understand why he was the way he was and makes his desire to reconcile with his family feel real. She does the role proud by making Chester a believable male member of the generation that came of age during World War II and suffered through the Depression. Boomers in the audience will probably see something of their fathers is Chester. Beck is hilarious as the obstreperous patriarch of a quirky clan.

Chester and his wife Florence (Terry Beery) and their five children, played by David Daniel, Teresa Bradford, Kelsey Dennison, Kelly Dolejsi and Seona Zimmermann make up the mourners. Daniel, as Matthew, has a lot of work to do. He’s on stage the entire time and must combine hilarity and frustration while riding herd on this unruly family. The other adult children all do a good job with their roles.

Terry Beery seems to be channeling Edith Bunker in her role as Florence. She’s funny, but also warmhearted and forgiving. A bit of a dingbat, she radiates love for her children and even the difficult Chester has a place in her affections. Beery is wonderful and totally believable as Florence.

The only non-family member in the cast is funeral director Jay Hollerback played by Thanos Stamatopouls. He’s the only one who can’t see or hear the deceased Chester. Stamatopouls makes the most of his time on stage. I especially liked his trick of setting the clock ahead to get rid of the pesky Dumbrosky clan. Even Jay is eventually drawn into the family circle as the Dumbroskys celebrate their newfound closeness.

Director Wendy Caldwell Lanchier does a good job with a large cast who are nearly always on stage. This is her debut as a director but she’s willing to take chances and it pays off.

The cast and director do a very good job with the material and it’s funny as heck. Go to the play. You’ll have lots of fun.