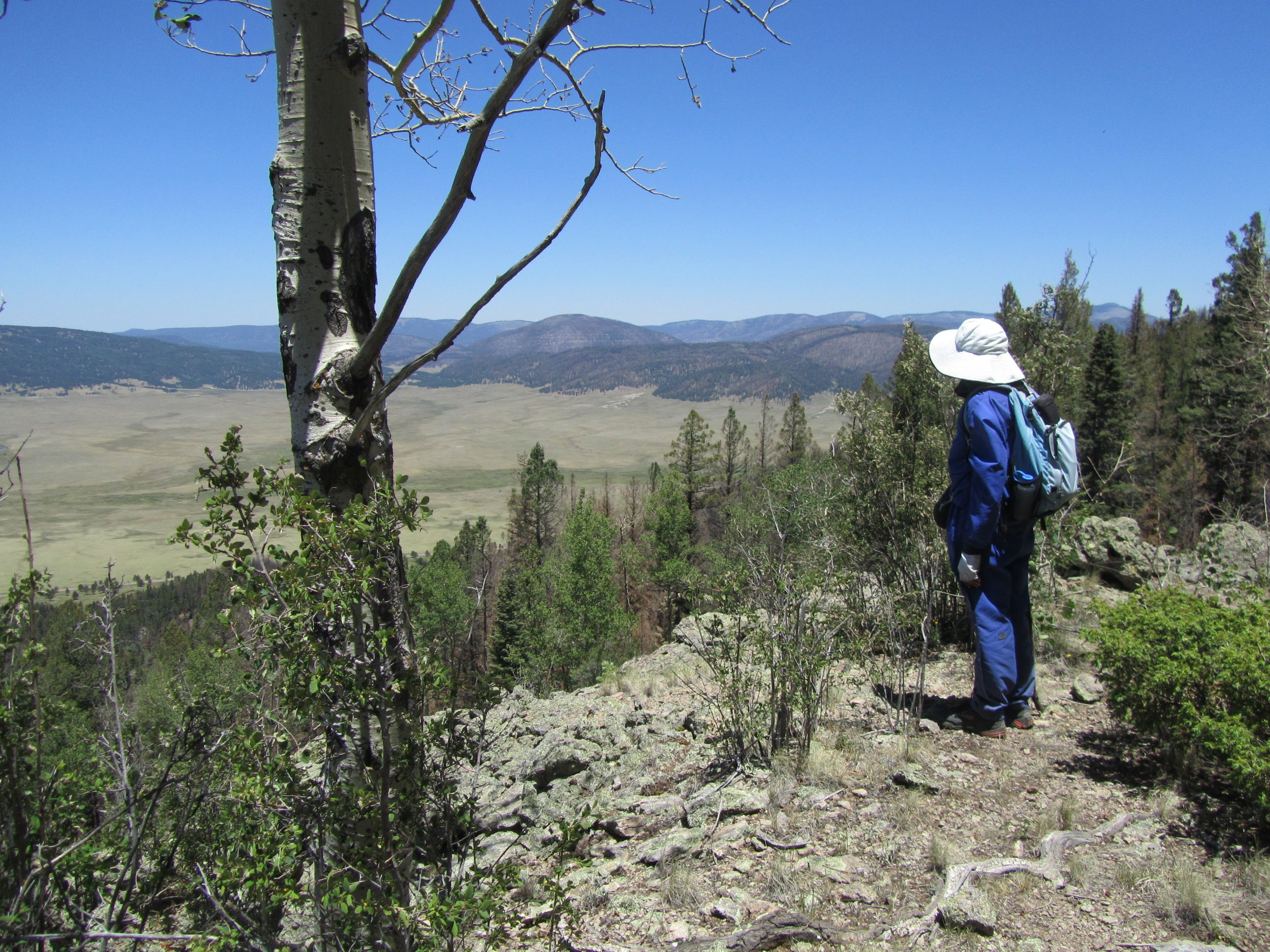 Yvonne Delamater of Los Alamos looks out over the Valles. Courtesy photo

The Valles Caldera deserves a trail around its rim. At 7:30 p.m. Wednesday, Aug. 15 in Fuller Lodge, Historian Dorothy Hoard will tell of her 12-year still unfinished odyssey to make the dream a reality.

The resurgent dome of the Valles Caldera is, geologically speaking, very young. Its structure is largely intact.

It is also a small caldera, a mere 13 to 15 miles in diameter, so it is easy the see its bowl-shape depression atop a mountain.

These attributes led a small group of dedicated hikers to the logical conclusion that a caldera of this caliber deserved a trail around its rim.

In 2000, when the caldera became federal property, it appeared that a rim trail could become a reality. The odyssey continues.

Dorothy Hoard will discuss the effort to convince land managers of the value of such a trail, the current status of the trail concept, and the results of a three-year reconnaissance effort to determine the feasibility of such a trail.

She will describe the effects of the Las Conchas Fire, which burned large sections of the caldera rim in 2011.

The question becomes whether the concept of a rim trail is still viable. Hoard will argue that it is. 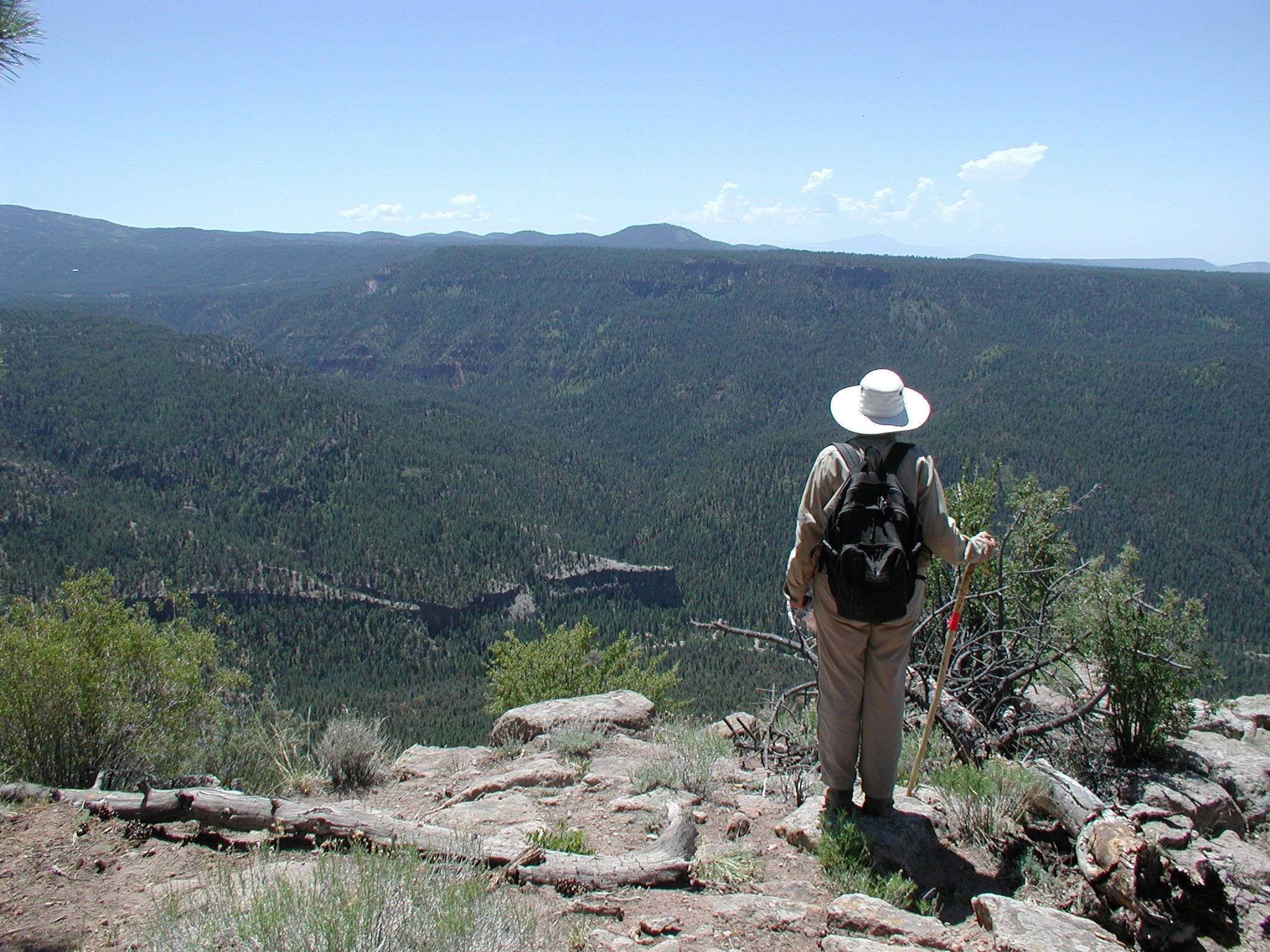 Hoard has been hiking in the Los Alamos area for almost 50 years, during which she became interested in its flora and its history.

She has written several books on her travels including A Guide to Bandelier, Los Alamos Outdoors, Historic Roads of Los Alamos, and is coauthor of Plants of the Southwestern Woodlands in addition to several booklets on specialized subjects.

She has given innumerable guided tours, talks, and classes on these subjects. She currently volunteers at the Valles Preserve documenting writing on aspen trees by early 20th century sheepherders and finding big trees.

She volunteers in various functions at the Pajarito Environmental Education Center  (PEEC) and is President of the Board of Trustees of the Friends of Bandelier. 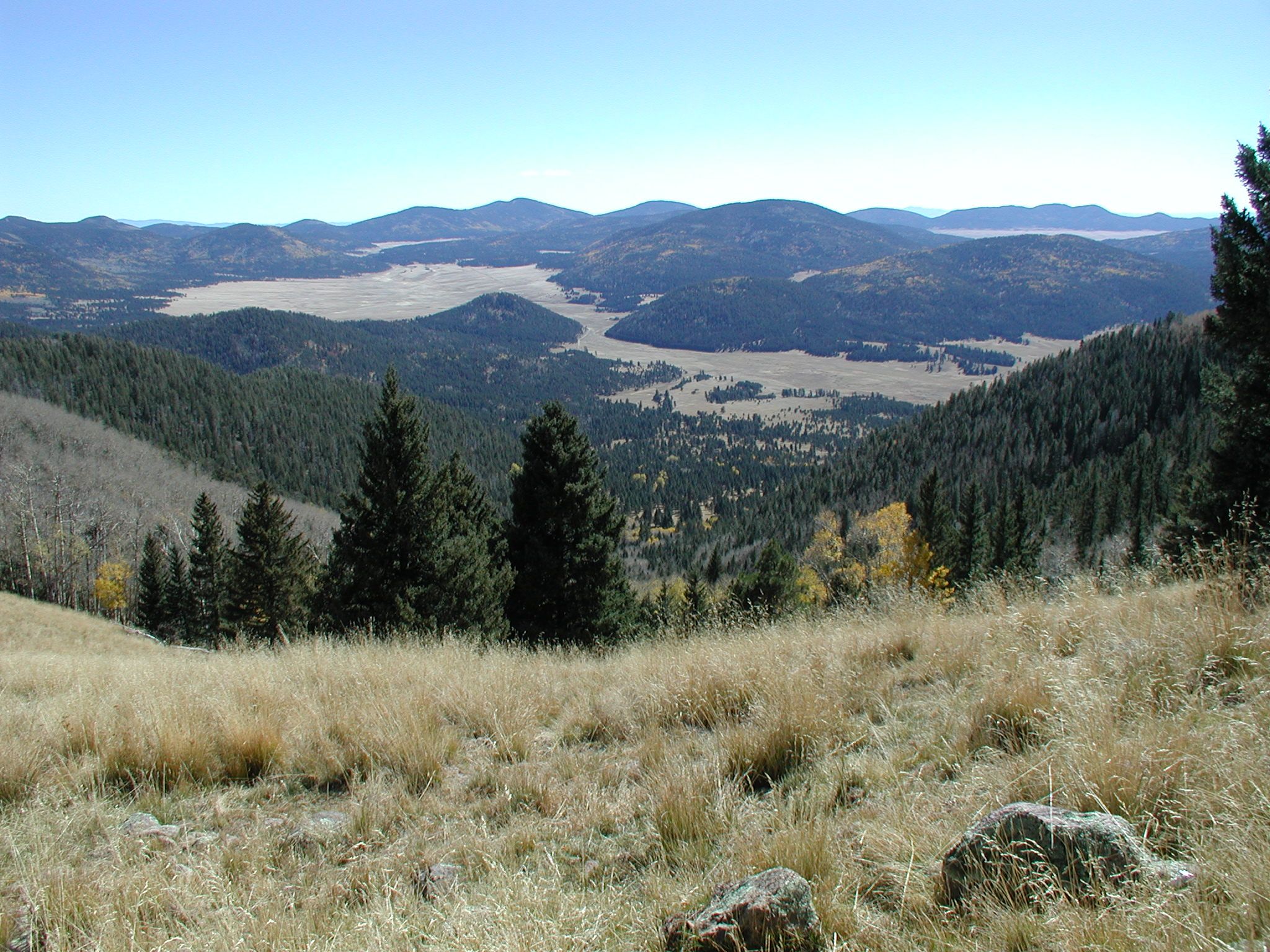