The Law is Clear for Motorists and Bicyclists 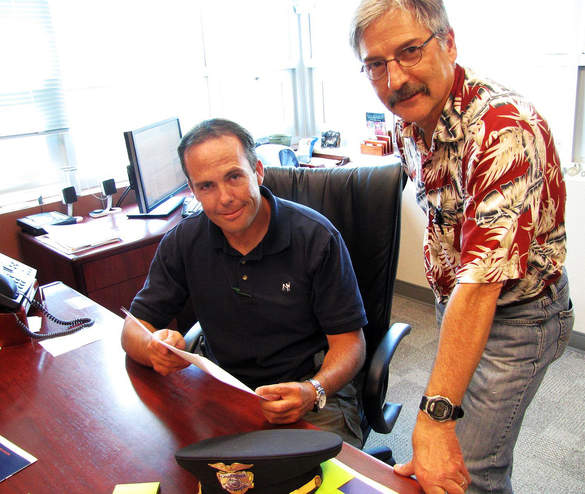 In the last few months, there have been two crashes on Diamond Drive that occurred when a right turning motorist crossed the new bike lanes in close proximity to a bicyclist riding in the bike lane.

Some of the law is not exactly clear with regard to sharing roads with bike lanes and turning across bike lanes, but the law on changing lanes is crystal clear.

When turning right across a bike lane, a motorist is moving out of his lane and across the bike lane, the same applies to a bicyclist leaving the bike lane to make a left turn and Section 38-257: Driving on streets laned for traffic states:

Whenever any street has been divided into two or more clearly marked lanes for traffic, the following rules in addition to all others consistent herewith shall apply:

(1) A vehicle shall be driven as nearly as practicable entirely within a single lane and shall not be moved from such lane until the driver has first ascertained that such movement can be made with safety;

“The law is in black and white and reinforces best practice,” said Khal Spencer who co-authored the 2005 Los Alamos County Bicycling Transportation System (Bike Plan.) “Some of the scary interactions leading to close calls and crashes are in the shades of grey area of applying the law, or are caused by inattention. Safe, alert, defensive driving and biking can keep you out of harm’s way.”

“Summer is here so more people are outside and we want to remind everyone about bike safety,” Foster said. “We want people to be especially careful with regard to bikes and cars in congested areas such as on Diamond Drive from Sandia to the bridge and especially during rush hour traffic. It’s important for bicyclists to ride defensively but it’s also just as important for motorists to drive defensively.”

So if you are the motorist:

If you are the cyclist:

“Bottom line is that motorists and cyclists are both operators of vehicles and responsible for both their own and other’s safety,” Spencer said. “There is no easy, quick, and foolproof fix to having bike lanes next to driveways, side streets, and other midblock curb cuts. If there were, we would have thought of it already. Both motorist and cyclist are responsible for being observant, aware of each other’s presence, and negotiate safe passage to their destinations in an area which is busy, such as Diamond Drive south of Orange/Sandia.” 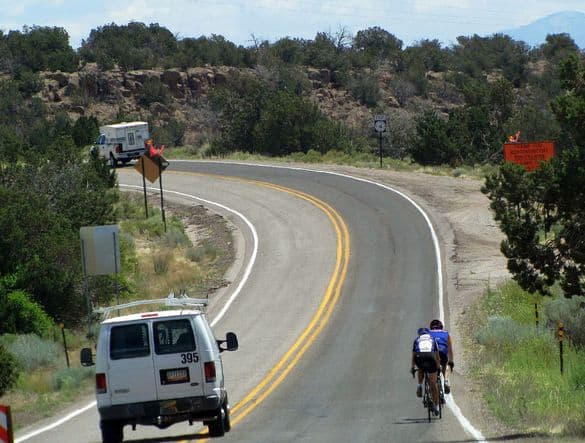 This van driver gives bicyclists plenty of clearance as he passes them on N.M. 4 recently. Photo by Carol A. Clark/ladailypost.com 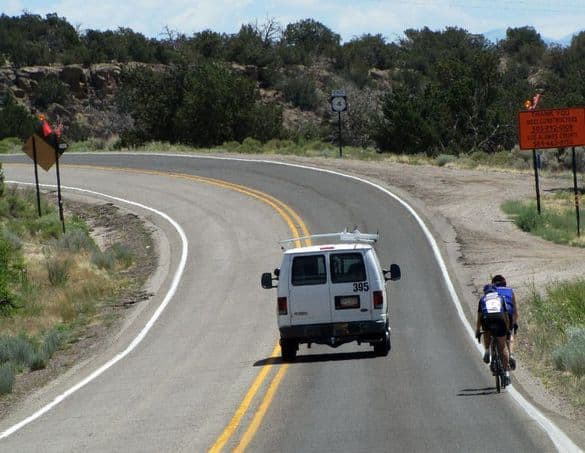