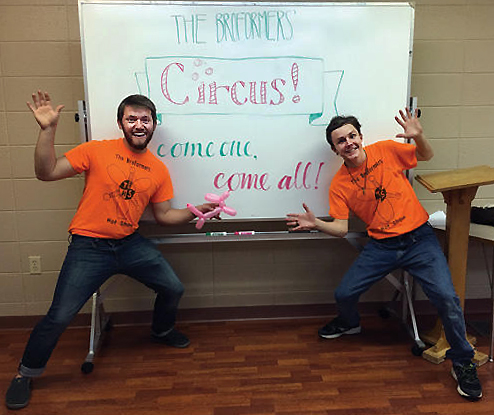 Max Herrmann, left, and Eben Bold are The Proformers. They are hosting a circus at 8 p.m. Thursday at Crossroads Bible Church to fund their upcoming street performances in Seattle. Courtesy photo 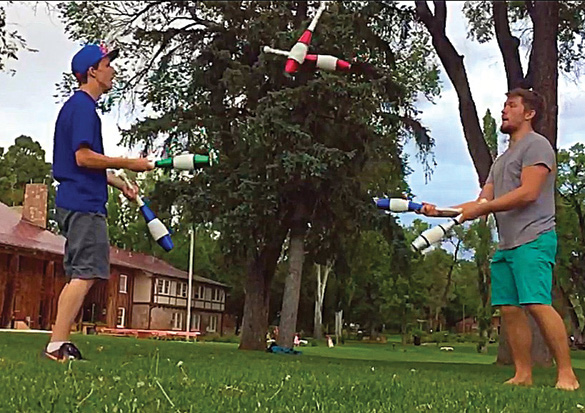 When Eben Bold met his future partner, Max Herrmann, he was a little intimidated.

“Max was that cool kid, but then he asked me to teach him to juggle,” Bold said.

And so the Broformers team was born. Bold and Herrmann have a dream. They want to spend six weeks in Seattle performing street theater.

“The street performing community in Seattle is large,” Herrmann explained. “They have one of the most busking-friendly laws in the country.” (Busking is a slang term for performing on the street for donations.) 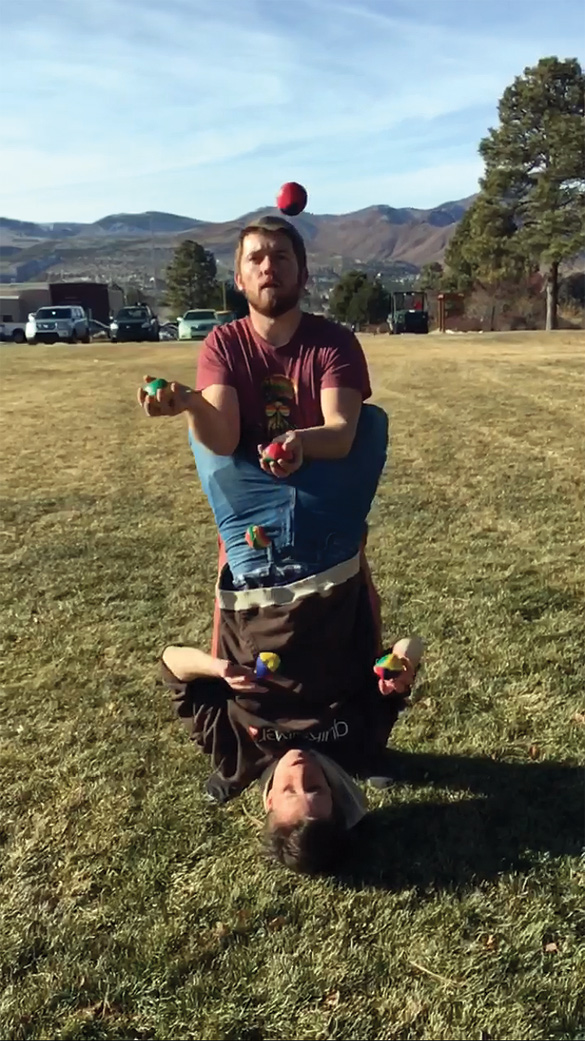 The Broformers juggle, not only clubs and balls, but fire and knives. Local juggler Jeff Favorite taught the two how to pass in one marathon 8-hour session. The Broformers even have a signature move, the fold, which involves Bold hanging upside-down off Hermann while they juggle. (link)

Herman learned to juggle for his future career as a pediatric nurse. He is enrolled in a nursing program at Montana State University.

“I love it,” Herrmann said. “I had asthma as a kid and had to spend weeks in the hospital. It was the nurses that got me though it.”

Bold wants to pursue a career as a stand-up comic. Both men have been involved in theater as part of the Los Alamos High School Olians. They have incorporated comedy routines into their show. In addition, Hermann has added fire-eating.

“We try to involve the audience as much as possible,” Bold said.

The Broformers have been practicing hard since Hermann returned from college this summer. They get together every day to work on their routines.

In order to finance their trip to Seattle, the Broformers are hosting the second of two circuses, The Broformers Hot Show, 7-9 p.m. Thursday, June 8 at Crossroads Bible Church. Tickets are $5 (ages four and under free). The first circus drew more than 100 people in January. The Broformers will be joined by various other Los Alamos performers. Also included in the event is a raffle and bake sale. T-shirts will be on sale.

“We want to say thank you to our friends and family, and to the community for helping us do this trip,” Hermann said. “We’ve received a lot of support.”

In addition to attending the circus, those who want to help the Broformers make it to Seattle can visit their Gofundme site (link).

To see pictures of the Broformers in action, click here.