Teatro Paraguas Presents ‘In The Swirl: A Celebration Of An Online Poetry Community’ 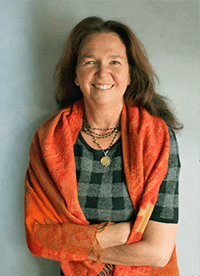 Since March 2020, cohorts of poets from Vancouver to Dubai and Katmandu has been convening and corresponding and exchanging poems by email through generative marathons coordinated by Taos poet-editor Lise Goett.

Six alums out of the more than 100 participants in this online community will read a sampling of the work they have generated under the aegis of these generative workshops. The six poets are Will Barnes, Mike Burwell, Tina Carlson, Dale M. Kushner, Kate O’Neill and Lise Goett.

Barnes is a botanist and ecologist and works for the New Mexico State Land Office. His first collection The Ledgerbook was published by 3: A Taos Press in 2016. He also received the 2022 Hilary Gravendyk Prize from Inlandia Books for the artemisia, forthcoming in 2024. His recent work has been published in Bangalore, Comstock, Crab Creek, Ilanot, Mudfish, Oberon, Ocotillo and Sixfold Reviews. He lives in Santa Fe.

Burwell’s poems have appeared in Abiko Quarterly, Alaska Quarterly Review, Ice-Floe, Pacific Review, Poems & Plays, and Sin Fronteras. His poetry collection Cartography of Water was published by North Shore Press in 2007, and in 2009 he founded the Northwest literary journal Cirque—now in its 25th issue (www.cirquejournal.com). He’s been a Taos resident since 2013 where he finally found home among the wild landscape and its wildly generous poets. His new manuscript Kairos is currently making the contest rounds.

Carlson has published two previous collections of poems: Ground, Wind, This Body (UNM Press, 2017) and, in collaboration with two other NM poets, We Are Meant To Carry Water (3: A Taos Press, 2019) Her third collection, A Guide To Tongue Tie Surgery is forthcoming in fall 2023 from UNM Press. She won second place in Cutthroat: A Journal of the Arts 2020 Joy Harjo Poetry Contest.

Kushner is a novelist, poet, and essayist. Her debut novel, The Conditions of Love, published by Grand Central, was nominated for the Texas Library Association Award for Outstanding Adult Fiction. Her study of Jungian psychology and dreamwork informs Transcending the Past her popular monthly online column for Psychology Today. M is Kushner’s new collection of poetry. Please visit her at her website and on Facebook and Instagram.

O’Neill lives in Northern New Mexico where she writes poetry and runs a small press called Dreaming Dog Books. Her first chapbook Emulsifying Fires: Ansel Adams in New Mexico was issued in June 2022 by Dreaming Dog. Her work has appeared in Poetry Ireland Review, Pangolin Review, Taos International Journal of Poetry and the Arts, International Journal of War, Literature and the Arts and several anthologies. She is working on a collection of poems centered on all things Irish.

Moderator Goett’s third collection The Radiant is forthcoming from Tupelo Press in 2025. In addition to moderating generative poetry marathons, she edits manuscripts, 23 of which have found their way into publication. Her awards include The Paris Review Discovery Award, The Pen Southwest Book Award in Poetry, and a grant from NM Writers among others, and her work has appeared in such journals as Ploughshares, The Antioch Review, and Lana Turner. She resides in Taos, New Mexico.

More information may be found at teatroparaguasnm.org. Contact: Argos MacCallum, argos@teatroparaguas.org or call 505.424.1601.