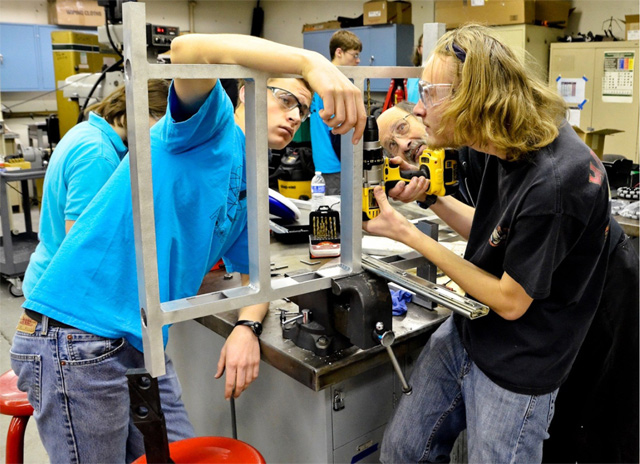 Nate Philips, left, and Chris West-Fairbanks of Team 4153 at work on the robot. Photo by TK Thompson/ladailypost.com

Los Alamos Team 4153 is entering the 2013 FIRST Robotic Competition and has been hard at work since Jan 5. The team has just 45 days to design, build, program, debug and learn to operate their robot. The robot must be completed by Tuesday, Feb. 19.

Los Alamos Team 4153 is comprised of 23 students including 16 boys and seven girls in grades 9 through 12, as well as 13 adult mentors.  This is the second year Los Alamos has had a team in the FIRST Robotics Competition. Nine students have returned from last year’s team.The mentors are Los Alamos National Laboratory employees, teachers, local engineers, retirees and community members.

Lauren TenCate works on wiring for the robot. Photo by TK Thompson/ladailypost.com 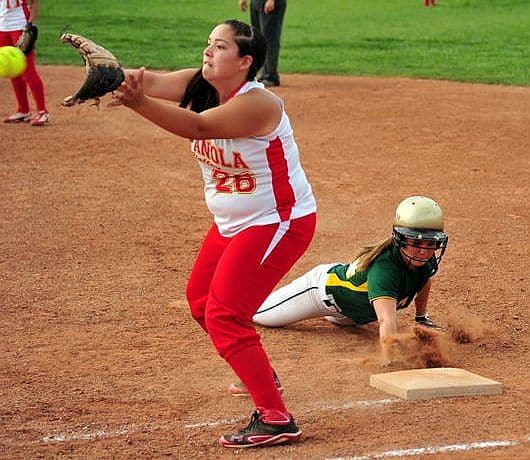 “We’re meeting four times a week, including most of the day every Saturday,” team spokesperson Aimee Slaughter said. “We are building a frisbee-shooting robot, which also has the ability to lift itself off the ground by grabbing onto a metal pyramid, which is part of this year’s game. The team is in the process of developing a vision system, which will allow the robot to auto-aim the frisbees into the goals, which are marked with reflective tape.” 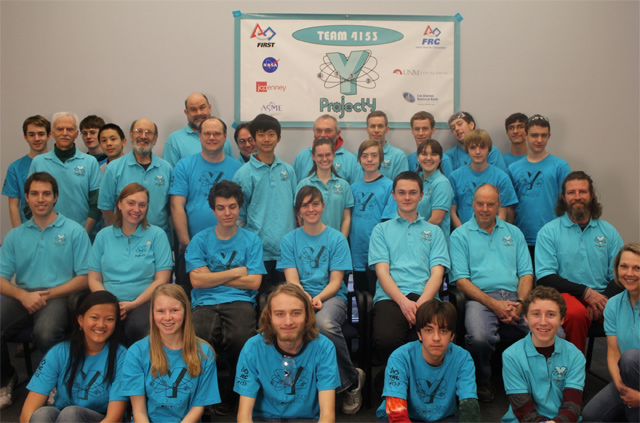