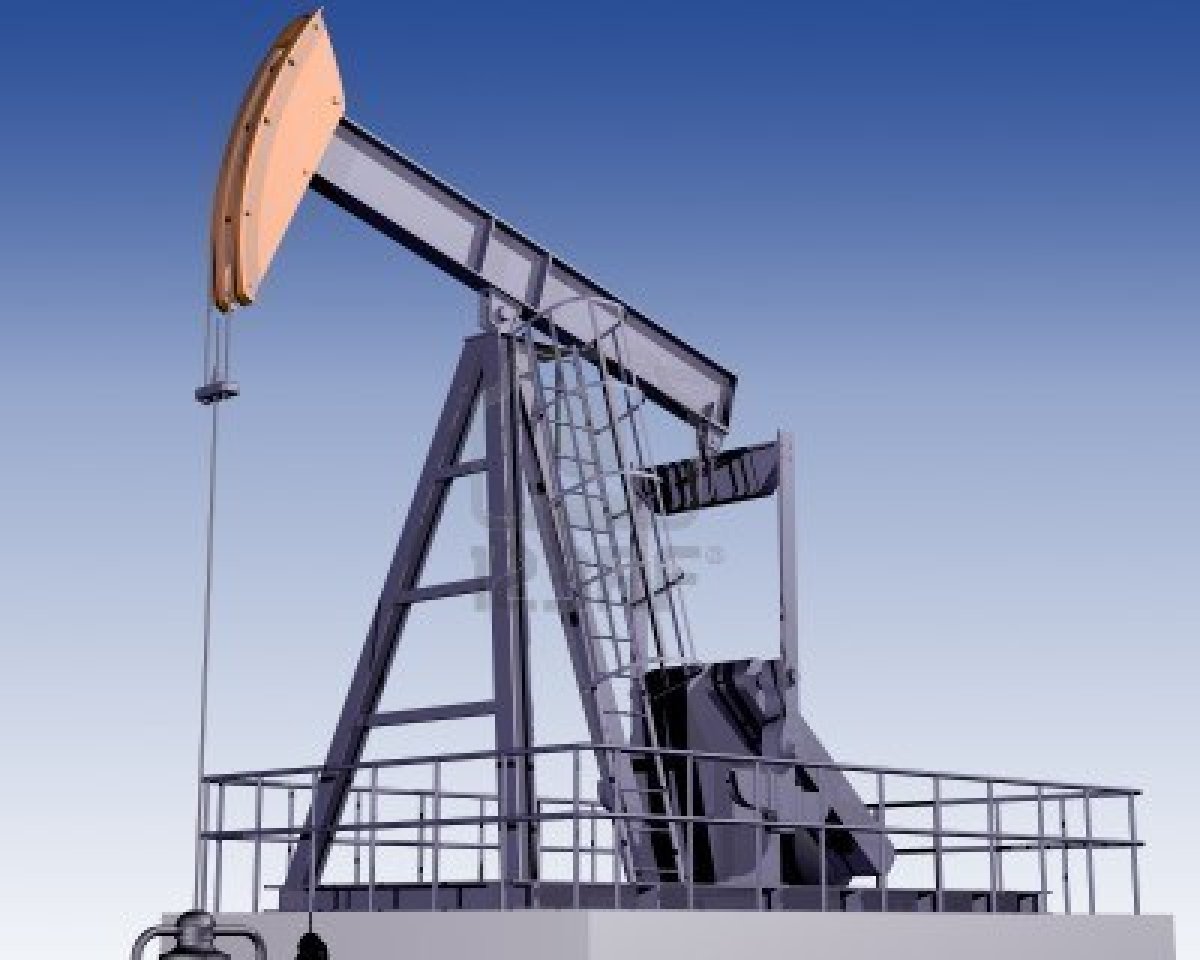 Illustration of an oil rig. Courtesy photo
GAO News:
WASHINGTON D.C. – A report released this morning by the Government Accountability Office (GAO), originally requested by U.S. Sen. Tom Udall and Rep. Raúl M. Grijalva, D-Ariz., describes glaring shortfalls in the data publicly available on hardrock minerals and highlights lost revenue from extraction on federal lands.
In 2011, Udall and Grijalva requested the report from GAO to identify the amount and estimated dollar values of minerals extracted from federal land.
The report examined available data on minerals extracted from land administered by the Department of Interior, which includes 700 million acres of federal land, 57 million acres of Indian lands, and 1.8 billion acres below offshore water. The full report is available here.
In its report, GAO concluded it could not estimate the available data on the amounts, types or values of so-called locatable minerals – such as gold, silver, copper and uranium – that are mined from federal lands each year because the 1872 Mining Law provides no royalties for the public.
The law, which still governs hardrock mineral extraction, does not require mining companies to disclose how much they extract, where such minerals are sold or what the overall value of each mining operation is, even for multi-billion-dollar mining operations conducted on federal land.
“This report confirms what we’ve been saying all along – that we need to reform the mining law of 1872,” Udall said. “Hardrock minerals are natural resources that belong to the American people, and we need to make sure we are getting the best return on what should be an investment – not a giveaway.”
The report also details the value of minerals – including oil, natural gas, and coal – that are subject to lease and administered by the federal Office of Natural Resource Revenue.
Although royalties are paid on these minerals, the report details a discrepancy between the amounts actually paid in royalties – which GAO calls the effective royalty rate – and the rates set out in existing law.
“We’ve been hearing from conservatives that we need fewer hours at national parks, less reclamation of valuable lands, fewer services for park visitors and a whole gamut of supposedly necessary cutbacks,” said Grijalva, the ranking member on the House Subcommittee on National Parks, Forests and Public Lands. “Well, now we know we’ve been leaving a huge pot of money on the table that could change all that. There’s no reason to keep these extraction and royalty laws out of date. At the very least we need disclosure so American taxpayers know what is being taken from their lands. Keeping the public and Congress in the dark any longer about what’s going on with federal property doesn’t serve any public purpose, and it should end.”
“There’s a simple legislative fix for this big hole in the federal government’s revenue stream, and it’s only fair that companies benefiting from access to public lands pay their fair share,” Grijalva added. “The Department of Interior should continue to implement the Extractive Industries Transparency Initiative and Congress should make sure disclosure a priority, and then we can talk about how to make sure the American people financially benefit from the sale of public minerals the way they should have been all along.”
Grijalva is a cosponsor of H.R. 3446, formally known as the Fair Payment for Energy and Mineral Production on Public Lands Act, which would set a 12.5 percent royalty rate on hardrock minerals. He has said he looks forward to supporting and strengthening an updated version in the upcoming Congress.
“I hope this report can be a catalyst for discussion about reform, but at a minimum it shows we need better disclosure on extraction of our natural resources,” Udall said. “Both parties want to solve our economic challenges and make government more efficient for the taxpayers – here’s an opportunity to do both. We should be able come together on this issue, and I look forward to making that case to my colleagues in the next Congress.”
Udall is a member of the Senate Committee on Environment & Public Works.
Menu
LOS ALAMOS