Tauscher named to LLNS and LANS Boards of Governors 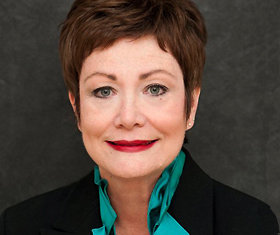 Tauscher has also been appointed as a member of the LANS/LLNS Boards’ Mission Committee. The Mission Committee serves in an advisory role to review current and future national security issues and Laboratory initiatives, capabilities and strategic plans to address these issues.

“We are very pleased to welcome Ellen Tauscher to the Boards of Governors of LANS and LLNS,” Pattiz said. “Ms. Tauscher has a distinguished record as a seven-term member of Congress with expertise in national security matters, a former Under Secretary of State for Arms Control and International Security, and as an investment banker. She is respected by the national and international arms control communities, by members of Congress, and by the business community. She will add greatly to our Boards and the national laboratories.”

“I am honored to serve on the LLNS and LANS Boards of Governors and use the expertise gained over 35 years serving in the Congress, the State Department and the private sector to support the national security mission and critical science initiatives at both laboratories,” Tauscher said.

Tauscher served as a Special Envoy for Strategic Stability and Missile Defense with the State Department from February through August 2012 and as Under Secretary of State for Arms Control and International Security from June 2009 to February 2012. As Under Secretary of State, Tauscher played a lead role in the New START Treaty negotiations with the Russian Federation.

While in Congress, Tauscher represented California’s 10th congressional district for 13 years in the U.S. House of Representatives. She was the only member of Congress to have two national security laboratories, Lawrence Livermore National Laboratory and Sandia National Laboratories/California, in her district.

From January 2007 until her appointment as Under Secretary, Tauscher chaired the House Armed Services Subcommittee on Strategic Forces. She also was a senior member of the House Committee on Transportation and Infrastructure.

Before being elected to Congress, Tauscher spent 14 years working on Wall Street. She was one of the first and youngest women to hold a seat on the New York Stock Exchange and later served as an officer of the American Stock Exchange.

Tauscher graduated from Seton Hall University and has an Honorary Doctorate of Laws degree from California State University East Bay.