Tales Of Our Times: See How System Designers Would Design A Voting System 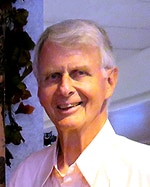 Tales of Our Times
By JOHN BARTLITNew Mexico Citizensfor Clean Air & Water
See How System Designers Would Design A Voting System
We know the risk when a fox guards the henhouse. So foxes learn. They lull the chickens with clucking words of, “Elect me to guard you.”
Voting is the binding force of democracy and voting systems are its means. “Voting systems” here are the provisions that allow voters to vote and where they vote. These functions attract foxes.
Voting systems these days have two major ills: parties invest guile in voter IDs and in gerrymandering. To “solve” these problems, voters stand with the foxes of party politics, whose aim is to catch votes for their favorite party. This party goal differs from democracy’s goal of efficient voting by all legal voters at the least cost to voters and taxpayers.
Solving system problems of this complexity and more is the business of trained professional systems analysts. Search on “systems analyst.”
Look at voter IDs. Access to voting begins with citizenship, voter registration, voter ID, and voting times and places. In distant states, these parts of the system are continually being redesigned piecemeal by elected officials, who chase after votes for their favored party.
Symptoms of the ills feed campaigns—hours-long voting lines in places, filings of lawsuits and accounts of how the other party cheats. To paraphrase Mark Twain, foxes’ tricks can travel across the country faster than news while the foxhound is putting on its shoes. Democracy needs a better contest.
Here is an idea from the idea room—have a national design competition for voting systems. Say we keep the current rules for who are legal voters. Democracy’s goals for voting systems can be described in weighted criteria for an effective system, for instance:
Using such judging criteria, a contest could be held. Imagine a national competition that attracts professional systems engineers with a healthy cash prize for the best design of a voting system that meets the set criteria. The design could be implemented nationwide.
Each of the big parties would tar this idea as foul play by the enemy party, since parties are always pleased with their own skill in managing issues. To my mind, this false pride is why politics misses many chances to solve big problems.
Such a competition of ideas and expertise has already proved its worth in solving a harder problem than voting systems. It was in 1981. A national design competition was held, which drew 2,573 entries vying for a cash prize of $20,000. Entries were judged by a committee of acknowledged professionals in the discipline.
The design contest was for the Vietnam Veterans Memorial. The winning design ended a national dilemma that became only worse as long as the issue remained shackled in party politics. Fixing the problem was not driven by party policies or government funds. It was driven by people wanting to remedy the ills. After resolving the trial of those who had died for their country, judging voting systems is simple.
The same competition or a separate contest could also seek a tidy design of a voting system that curtails gerrymandering. Gerrymandering means mapping out voting districts in bizarre ways solely for political gain. The way to crack gerrymandering is to stress “compactness” in laying out voting districts. “Compactness” is a general term that describes the spatial property of being crowded together, not spread out. More specific versions differ in fine detail.
A national design contest could select a precise meaning of compactness that all voting districts would have to meet. To be useful, the definition must stay the same.
As long as the meanings can shift, each party will shift definitions at will to serve their party’s interests, as happens now. Foxes personify “shifty,” an adjective that shifts quickly to mean “resourceful” or “slippery” and “deceitful.” Our team is foxy, resourceful. The enemy fox is slippery and deceitful.
So it goes. For now, the focus stays fixed on which side is more deceptive, while the henhouse remains at risk.
Menu
Los Alamos
57°
Fair
6:26am6:05pm MST
Feels like: 55°F
Wind: 9mph S
Humidity: 19%
Pressure: 30.23"Hg
UV index: 4