Tales Of Our Times: Party Chiefs Grab Power With Their Own Rules Of Congress 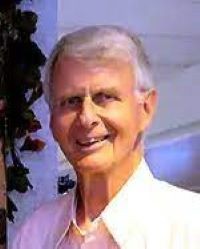 To learn what is going on, I trade thoughts with many folks on the left and the right, with some hybrids mingled in. An accounting of their political views would take reams of words. The mix of feedback I get is a study in democracy.

To skip details, we have a cryptic color code. Many shades of thought from liberal to conservative, from “progressives” to “MAGAs”, are reduced to “blue” and “red.” Varieties across the board agree with points I raise below. So, any sharp dispute lands on whose schemes are worse.

The blue team and the red team each assert that it alone stands reliably for democracy and the Constitution against the onslaught of the other party. To prove the onslaught, each party points to strains of crime in the streets that are played down by the opposing party. One such crime is rioting brought on by voting claims. Other crimes in the news are rounds of arson, looting, or assault brought on to emphasize varied viewpoints. Neither the blue nor red party line tries to tell most of this story.

As November approached, attack ads prodded us with mugshots and half quotes photoshopped in dirt gray. Wings of each party bought ads in state races with money from all parts of the nation. In effect, these ads dilute the influence that voters in a state have in picking who will represent them in Congress. If pushed, both parties will concede as much.

Ads aside, some candidates won and others were defeated by the voters. Last Nov. 8, each party lost ready seats it was hoping for. Voters saw problems in either party.

Broader truths are standing by. We might all thank the fates for the midterm election, strewn as it was with clues to the balky rules of Congress. I refer largely to the authoritarian powers given to one person in each house, as chosen by the party with a majority as slim as one. The powers come by mutual consent of both big parties. We all know the terms “flip the house” or “flip the senate.” Each big party sees this hook as a way to extend its power.

The U.S. Constitution assigns only one duty to the speaker of the house. Namely, that person is third in line for the presidency, in the event the president and vice-president are unable to serve. Yet, that person also enjoys a bundle of monopolistic powers that have been conceived and are perpetually granted by fiat of those two competing parties—parties that hold no role in the Constitution.

Depending on their history lessons, many people are shocked to see the extent of autocracy that has settled into Congress. How so?

The speaker of the house has explicit power to:

Political parties were anathema to our nation’s founders, who knew the havoc parties raised in England. The two parties now have swooped up major powers for themselves by agreeing on autocratic rules of Congress. For talking points, parties look to nail the other party’s assaults on democracy and the Constitution.

Without fanfare, each party also uses the entrenched autocratic powers in Congress to pressure its members from every state to toe its party line. Formerly, the stated reason for giving one person in each house a royal badge of authority was to help things get done in such a large and diverse group. Nowadays, that authority is chiefly used to prevent others’ bills from getting through Congress.

Parties focus on who is worse for democracy. Yet, the need grows for more constructive critics of the autocratic rules in Congress. Long ago, the founders warned that parties always push towards “despotism” and “a spirit of revenge.”

Next month, more text from the nation’s founders will explain again their profound dread of parties.