Tales Of Our Times: Checks On Power Embraced By The Founders And Voters 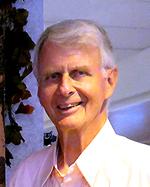 Checks On Power Embraced By The Founders And Voters

Our Nation’s Founders were not perfect people. Yet, the cast of Founders had varied strains of genius among them, including their native grasp of human defects in their peers. Talent in dealing with defects in their colleagues would prove a vital resource for shaping a government that reins in our natural follies. Think “checks and balances.”

The Founders’ first constitutional convention gained surprising results by adopting a remedy for impulsive flaws. The convention was held in Philadelphia from May to September of 1787. The place was the hall where the Declaration of Independence had been signed 11 years earlier. James Madison was the chief organizer, and yet-to-be president George Washington agreed to be the chair. Leaders from 12 states (Rhode Island stayed home) came with the idea of revising the Articles of Confederation, which had been their first steps taken toward being a nation. They did much more.

A major issue among the states was whether to have a strong central government or have more dispersed power within states. Madison brought new thoughts on the dilemma. (More about that shortly.)

Before tackling issues, the delegates reached an unexpected agreement on procedures. It cut through barriers born in people, to devise a place where ideas could germinate. This ground rule was credited with making a constitution possible. The rule would be that doors to the meeting place would remain shut to the press and observers, and outside communications on the business of the convention were forbidden until there was a finished product to show. It worked miracles.

Years later, Madison said of the agreed process:
“Opinions were so various and at first so crude that is was necessary they be long debated before any uniform system of opinion could be formed. Meantime, the minds of members were changing and much was to be gained by a yielding and accommodating spirit. Had the members committed themselves publicly at first, they would have afterwards supposed consistency required them to retain their ground, whereas by secret discussion, no man felt himself obliged to retain his opinions any longer than he was satisfied of their propriety and truth and was open to argument.”

Contrast these thoughts with current practice. Today, press conferences speak of party “solidarity” as soon as the first scrap of a proposal is leaked to the press. And oftentimes sooner than that. It gets worse still. Now people want candidates to guarantee their vote on every imagined proposal if elected. People forget that debate has always rebalanced power. Now, “solidarity” assures that the fewest ideas possible will emerge.

In his day, Madison argued for centralized power. He reasoned that a larger mix of more diverse interests created more checks on each other than exist in smaller regions. Virginia came in with a plan that had representation in both chambers of the legislature based on state populations. It became known as the large-state plan. New Jersey later offered a plan in which representation in one of the chambers was equal for all states. It was known as the small-state plan.

Ultimately, the Connecticut Compromise blended the two plans, which added an increment of diversity in Congress. The balance put a further check on federal power. Competing interests that serve to check and balance power include state vs. federal interests, rural vs. urban, and large states vs. small states.

Another sturdy check on power gets lost in the froth of cross talk. In history, midterm elections have reined in both parties alike. Midterm elections check and balance power more reliably than party ranks talk about.

In the 19 midterm elections since Truman took office, the president’s party lost House seats 17 times. The average number of House seats lost is 26. Eisenhower lost 48 seats in a midterm. Clinton lost 54 in one and Obama lost 63 House seats in another. Trump has lost some 39 seats.

Despite ourselves, something elemental in people, as in the Founders, still stirs fear of unchecked power.