Paving was underway on the north side of N.M. 4 last week as the roadway project begins to wind down. Photo by TK Thompson 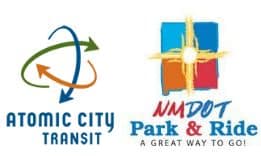 Riders are asked to review the Rider Alert and the Draft Schedule and provide comments by noon Tuesday, June 12.

Comments may be sent to nmparkandride@state.nm.us.

In response to input from riders, departure times will be changed on the following runs of the Blue Route:

Due to high fire danger across parts of the state, New Mexico Energy, Minerals and Natural Resources Secretary John Bemis and State Forester Tony Delfin today announced restrictions on fireworks, smoking, campfire and open-fires for all or portions of 21 counties.

The restrictions will go into effect at 8 a.m. Friday, June 8.

“Very high fire danger exists across much of western and parts of central New Mexico,” Delfin said. “I’m urging all residents in the areas affected to follow the restriction guidelines to protect lives and property in their communities.”

Firefighters hope to gain the upper hand on the Bear Springs Fire with burnout operations today.

The fire, which began at 6:36 p.m. June 3 is burning in the Jemez Ranger District, Santa Fe National Forest, six miles northeast of Ponderosa and six mile southeast of Jemez Springs.

A lightning strike caused the fire, which has burned 400 acres of mixed conifer and ponderosa pine to date.

For example: TV Networks are predicting Walker will win his recall election in Wisconsin.

Today is Primary Election Day.  Here is a view of a couple of campaigners in Los Alamos. We aren’t sure what the Los Alamos County sign code (or future sign code) says about this type of mobile sign, but it draws your attention. 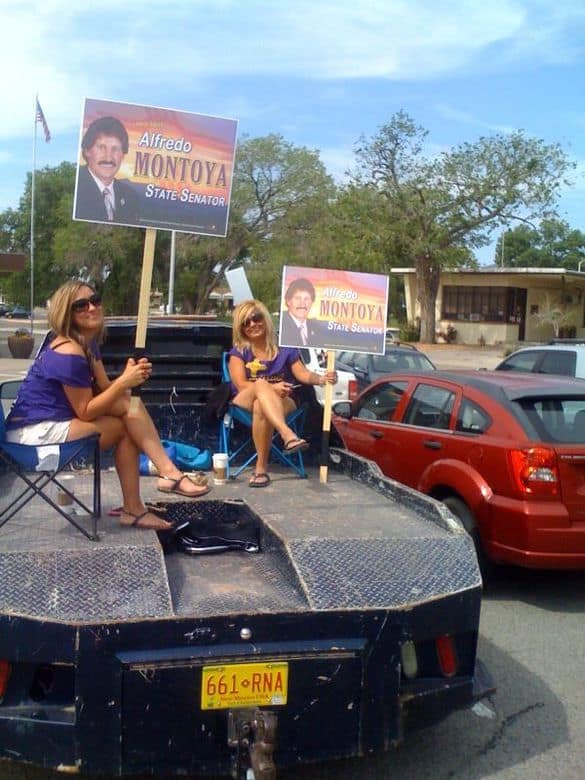 Submitted by Lynn Strauss on her iPhone.

The fire is burning hottest at the north east portion of the fire. There are some forest service unused historic structures in the area.

Protection has been provided to these resources. Firefighters are making progress, but the fire is still at 0 percent contained.

If you missed last night’s Senate Democratic Primary Debate between Hector Balderas and Martin Heinrich, your in luck. You can watch the entire debate at the KOAT 7 website.

For some interesting election eve analysis, including a review of the debate, check Joe Monahan’s New Mexico Politics blog.

The fire size is 182 acres. Total personnel are now 160. The fire is burning in mixed conifer and ponderosa pine.

From the Incident Information System:

Cause of the fire is lightning in an area of ponderosa pine and mixed conifer.

There are multiple ground and air resources en route and crews the on scene. A Type 3 Incident Management Team has been ordered and will assume management of the fire from the District 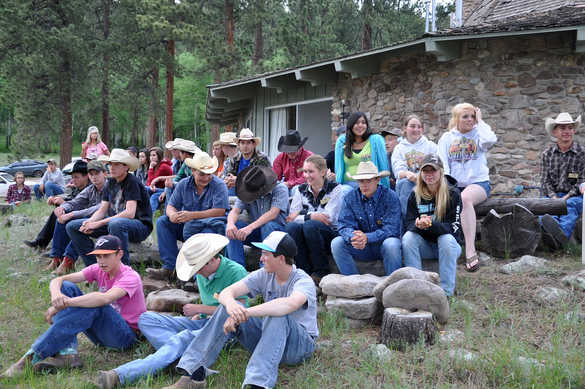 Thirty-one youth from Silver City to Ft. Sumner to Acoma are attending this second annual New Mexico Youth Ranch Management Camp where they are receiving training in all aspects of ranch management.